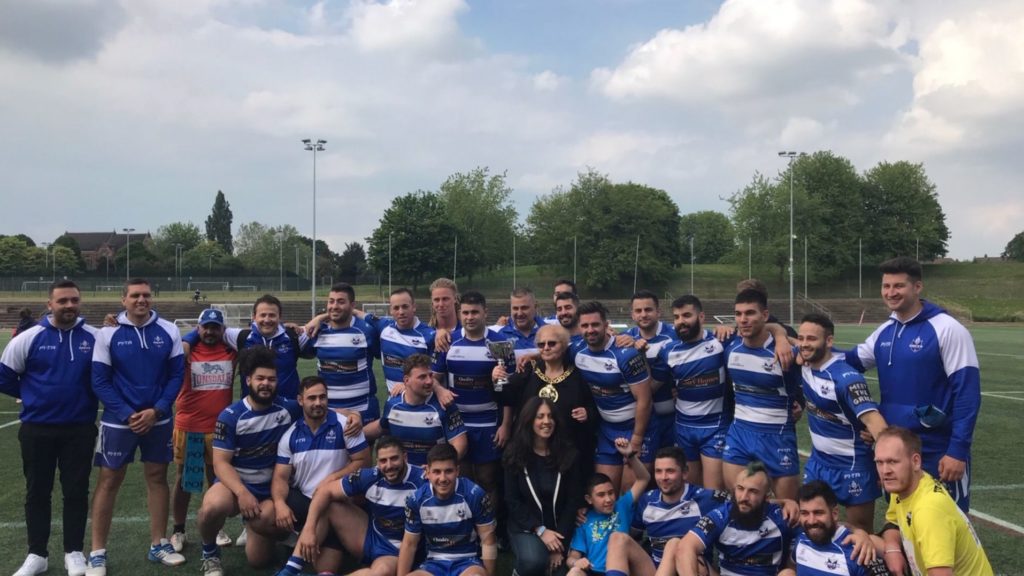 The win means that Greece, who were also crowned the European Group C champions, will now join Scotland and Russia later in the year with the top two sides advancing to the 2021 World Cup.

Greece went into the game with no less than 12 players coming from the domestic competition.

It took seven minutes of the game for Greece to open the scoring when Robert Tuliatu threw the dummy and then took three defenders with him to get the ball down for the four pointer.

On the back of a penalty, Tuliatu and Jordan Meads combined to send Terry Constantinou over to score wide out in the 16th minute. Two minutes later, Constantinou was able to break through and then get the ball away to put Theodoros Nianiakas away in the open. The Aris Eagles player, who only started playing Rugby League six months ago, was unchallenged on his 35-metre run to the try line.

Norway’s Frederick Nordtun was sin binned in the 27th minute and Greece made the opposition pay when Meads put centre Dimos Kartsonakis over in the corner. Meads kicked the sideline conversion to make it 20-0.

Greece went into the break with a handy 32-0 lead with Mamouzelos scoring the final two of the first half. He scored the first try when skipper Jordan Meads made the break before being tackled short of the try line. Terry Constantinou threw a long pass from dummy-half before Mamouzelos beat two defenders and then dived over to score in the 35th minute.

Three minutes later, Mamouzelos collected an off-load from Robert Tuliatu and then showed plenty of pace to race 70 metres to score adjacent to the posts.

Norway gave themselves some hope with two quick tries from hooker Kristoffer Milligan and winger Casey Diggs early in the second half.

Mamouzelos dived over from dummy-half in the 55th minute before Norway scored a further two tries from Kristoffer Borsheim and Fredrik Nordtun to make it 38-20 with 14 minutes remaining.

Soon after, Greece made sure of the victory when Mamouzelos, playing at half-back, collected the ball from the scrum win. He sent the ball to Meads, who in turn, put Constantinou over in the corner.

A magnificent movement from the Greeks saw Mamouzelos begin the move from inside his own half. He linked up with Tuliatu who sent Meads in the clear. Mamouzelos followed through to take the pass and score under the posts.

Mamouzelos once again showed plenty of speed to race down the sideline before stepping inside Stephen Mwinkar. The Norwegian full-back managed to hold on but the Greek number nine was able to get the ball away for Theodora’s Nianiakas to cross for his second try.

Norway finished the game with a consolation try to Diggs, who showed exceptional pace to run 60 metres for the four pointer.