Greek Australians winning at the polls 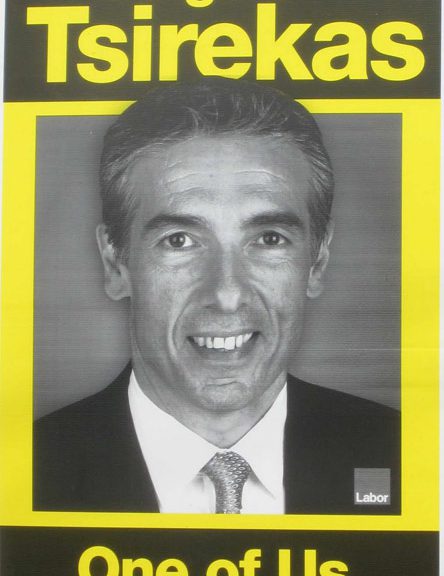 As New South Wales voters headed to the polls on September 8 for the local government elections held every four years, Greek-Australian candidates featured strongly across many electorates, albeit with mixed results.
Arguably, one of the more notable results was that of cafe owner Angela Vithoulkas, seeking to transform her successful career as a businesswoman into a political one. Ms Vithoulkas featured on the Living Sydney ticket and was the party’s Lord Mayoral candidate. With policies ranging from removing all cycleways, cutting red-tape for small business and developing crisis centres for homeless people, Living Sydney ran for spots on Sydney Council with a view to unseating incumbent Councillor Clover Moore from the position she has held for eight years. While Ms Moore has been elected for a third consecutive term, Ms Vithoulkas who campaigned strongly on the back of a vision for small business has to date secured almost ten per cent of first preference votes. The fight for the last seat will be between Ms Vithoulkas, Liberal Christine Forster and Clover Moore Independent Team fifth candidate Nell Schofield. The incredibly close result which will be decided from pre-poll and postal votes still being counted seems not likely to be known for days to come.
In the City of Canada Bay a resounding victory was obtained by Labor Mayor Angelo Tsirekas who was easily re-elected. Winning more than 50 per cent of the vote – this constituting a significant increase in his support – Mayor Tsirekas is set for another term to add to his already ten years of service as mayor. In the council vote it is a close contest so far between Labor and the Liberals, while in a familiar trend across the local government political spectrum, support for the Greens has fallen.
Success also came the way of Greek-Australian Labor Councillors George Glinatsis and Stan Kondilios who were both re-elected to the council of the City of Botany Bay one of a number of councils in New South Wales which has chosen to conduct its own elections rather than using the administrative services of the Australian Electoral Commission. The legislation covering local government elections was changed in June 2011 to give Councils the opportunity to administer their own elections as well as constitutional referendums and polls if they wished.
A Greek presence has also been strengthened in the Kogarah electorate with Liberal candidate Sam Stratikopoulos being elected in the East Ward, Liberal candidate Nickolas Varvaris in the Middle Ward, Labor candidate Nick Katris in the North Ward and Liberal candidates Nicholas Aroney and George Katsabaris both elected in Kogarah’s West Ward.
In the Lawson Ward of Waverley Council, where the third seat in council remains undecided, Paula Masselos (former Director SBS Radio) who stood for the Labor Party, seems still a chance.
As with neighbouring Waverley, in the City of Randwick once a Labor heartland, the Liberal vote is up, the Labor vote static and the Green vote down. In the current elections Randwick Liberals have built on the major gains made in the 2008 elections winning four of the five Randwick wards and increasing their margin by 5.2 per cent. With only 70 per cent of votes counted, all four standing Liberal councillors have been re-elected to their seats. A second Liberal seat is expected to be won in the west ward by the Randwick Mayor Scott Nash’s number two ticket Harry Stavrinos who remains in a closely fought battle with new Green’s candidate David Allison. With both the Liberals and Labor expected to have six sitting councillors in Randwick the balance of power may fall to Greek Australian independent Anthony Andrews and the Greens.
In what may be a blow for the Greek community in the city of Randwick, sitting councillor John Procopiadis, who this time stood as an independent with rugby league celebrity Mario Fenech and local businessman Dudley Tinyow in his group, says it seems unlikely that he will secure a place on council.
“It doesn’t look like I’ll get in but I’m pleased and proud of what I’ve accomplished up to now and there is so much more I want to get involved with and do.”
Having served the residents of Randwick for the past 18 years, Mr Procopiadis is not giving up hope.
“I’m not giving up ’til the fat lady sings. Once I know what the situation is I’ll thank everyone at Randwick [the staff] who have looked after me and have been there for me. Without their guidance I wouldn’t have made it this far and they deserve a thank you.”
The City of Randwick also saw candidates Pandelis Trebalas and Poppy Trebalas, feature in the West Ward and Kon Trebalas in the North Ward all representing the No Parking Meters party. The No Parking Meters party which campaigned on the belief that parking meters are a tax on the family car, to date seems not to have won a seat on council.
In the East Ward of Canterbury City Council, Greek Australians Esta Paschalidis-Chilas (Labor Party) and Con Vasilades (Liberal Party) have both been elected. Similarly in the West Ward Burraga in Marrickville Council, Emanuel Tsardoulias was elected.
In Ashfield, where counting has not been completed for the East Ward, Julie Passas a Liberal Party candidate is hopeful of success.
It was not only in the metropolitan areas that Greek Australians featured. In Brewarrina in the far west of New South Wales, Angelo Pippos was re-elected to Brewarrina Shire Council.
Full election results for many areas will not be known until later in the week as vote counting continues.