Greek and Cypriot exporters get their teeth into the Australian market 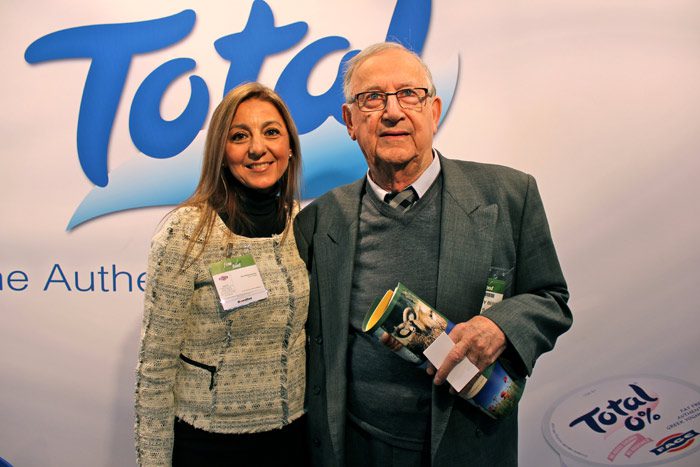 After four frantic days of promotions, tastings and hard-nosed commercial dealings Fine Food Australia, the largest food industry event in the antipodes, closed its doors at the Melbourne Convention and Exhibition Centre on Thursday.
With tens of thousands of industry professionals and buyers attending, the show is a vital platform for overseas producers to strut their stuff and bring new products to the Australian market.
Greeks and Cypriot exporters were out in force assisted by their respective governments’ trade ministries, and from the feedback Neos Kosmos has received, those who took part say it may be one of the most significant promotions of Hellenic food products down-under in recent times.
Hellenic Foreign Trade Board (HEPO) CEO Alkiviadis Kalabokis told Neos Kosmos that the last time a government-backed delegation from Greece came to an Australian food trade show was seven years ago, and its presence in Melbourne this week indicates a new wave of confidence – despite the economic difficulties faced at home.
“More than 15 companies from different sectors, and the results from this week are encouraging. All the Greek exhibitors here at the show are quite satisfied.” said Mr Kalabokis, who is also president of the Cretan Exporters’ Association.
“There are two main difficulties for our exporters in Greece – the bureaucracy around export procedures and the banking system, which makes it difficult for exporters to get credit. So it is a very tough period.”
Despite the difficulties, Kalabokis is upbeat about Greece’s potential to expand export markets like Australia.
“There are a lot of positive messages coming from all over the world about Greek products. People realise their quality, and exporters have done a lot themselves in terms of improving their packaging and the certifying of products to meet international requirements.
“Greek exporters are ready. The statistics over the last two years have been positive, and it is the only sector in Greece showing positive results.”
Kalabokis draws on a sustained upturn in food exports from Greece to Australia to back up his claims.
In 2011, there was a 10 per cent increase in exports from Greece to Australia compared to 2010, and in the first quarter of this financial year, Greece exported 85 per cent more to Australia than in the first quarter of 2011-12.
“That’s coming from companies like Creta Farms and Terra Creta placing new olive oil products in the big supermarket chains,” says Kalabokis.
HEPO’s CEO will run more than 55 different exhibitions of Greek exports around the world this year, trebling official Greek participation in such shows in three years.
With exporters as pathfinders for the Greek economy, he says the Greek government should accelerate reforms to assist them.
“It needs to solve the bureaucracy problems experienced by exporters and it must return the VAT that is owed to exporters faster.
“Exporters need capital, they have big orders but because of the bank system [and difficulties in obtaining credit] often they can’t afford to meet them,” says Kalabokis.
Exporters themselves, he says,”must focus on specific markets, not try for every market.
“We have to make in-store promotions – make consumers realise that there are a variety of products from Greece available, not just feta.”
The challenge ahead Kalabokis admits, is to raise the base level of exports from Greece to Australia, which totalled €100m last year.
To put Greece’s trade with Australia in context, in 2011 Greece exported €460m worth of goods to the Netherlands, €1.4 billion worth to Cyprus, and €7.2 billion worth to the rest of the European Union.
Panayiota Tsangaridou, Cyprus’ official trade representative at Fine Food told Neos Kosmos that like Greece, the graph of Cyprus’ exports to Australia has been heading up for some time, and that Fine Food had provided a valuable platform for Cypriot exporters.
“Total exports from Cyprus to Australia in the last five years have increased over 19 per cent, from €3.6m in 2007 to €6.7m in 2011,” said Ms Tsangaridou.
“It’s been a positive week, and with this show, our producers believe trade with Australia will increase.”
Globally, Cyprus exports some €626m worth of food products, with 60 per cent going to the european market. Haloumi cheese accounts for nearly half of all Cyprus’ exports. With companies like SA Bioplants offering products like green tea, diversification away from traditional cheese products was clear to see at the Cyprus stand.
Neophytou Trading, presenting their Serano dried nut and fruit products for the first time, was one of the many Cyprus-based companies signing with an Australian distributor. Three companies offering new haloumi cheese products also signed contracts with importers.
George Charalambous, Managing Director of Crown Imports who was promoting both Cypriot and Greek products at Fine Food Australia – from trahanas to desert wines – told Neos Kosmos that for his company and its Hellenic partners, it had been a very productive week.
“We’ve been promoting new lines and we made a lot of deals. Customers didn’t realise the variety that’s available to them, and that was exciting to see.