The Hellenic identity evolving linguistically through the Past, Present and Future A much awaited seminar took place at Melbourne’s Greek Centre on Sunday 26 May, titled ‘The Greek Language in Australia: Past, Present and Future’ as part of the ‘Speak Greek in March … but beyond it too‘ campaign.

As Australia becomes more culturally and therefore more linguistically diverse, the number of third and second generation citizens who speak more languages other than English at home is decreasing as presented in the most recent census data which shows a rapid decline in the popularity of the Greek and Italian language.

On those grounds, esteemed speakers investigated ways of facing different challenges and proposed ideas for the advancement and promotion of the Greek language whilst looking into future activities, innovations and ideas of educators.

Organisations and individuals, who are interested in promoting and retaining the Greek language were also part of the conversation.

Mike Zafiropoulos AM, JP. opened the first part of the seminar, touching on the current state of affairs, trends, experiences of other similar countries of the Diaspora; presenting different perspectives.

An Introductory video by George Mpampiniotis, Professor of Linguistics and former Chancellor of the National Kapodistrian University of Athens was screened, followed by a speech by Dr Vrasidas Karalis, Professor at the Department of Modern Greek of the University of Sydney.

The second part of the discussion was chaired by Dr Thanasis Spilias who focused on the role of Greek language schools and other educational organisations and how the implementation of Greek language studies can move forward with the support of both the Australian and Greek governments, albeit the challenges. 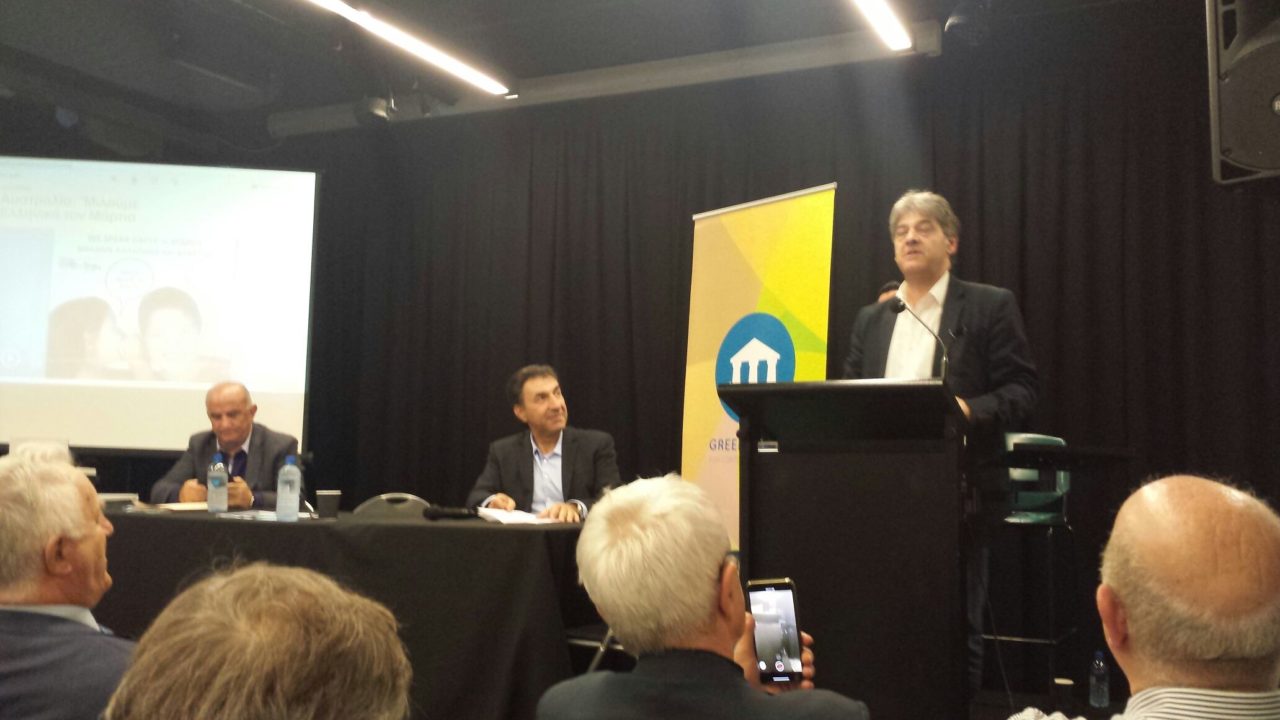 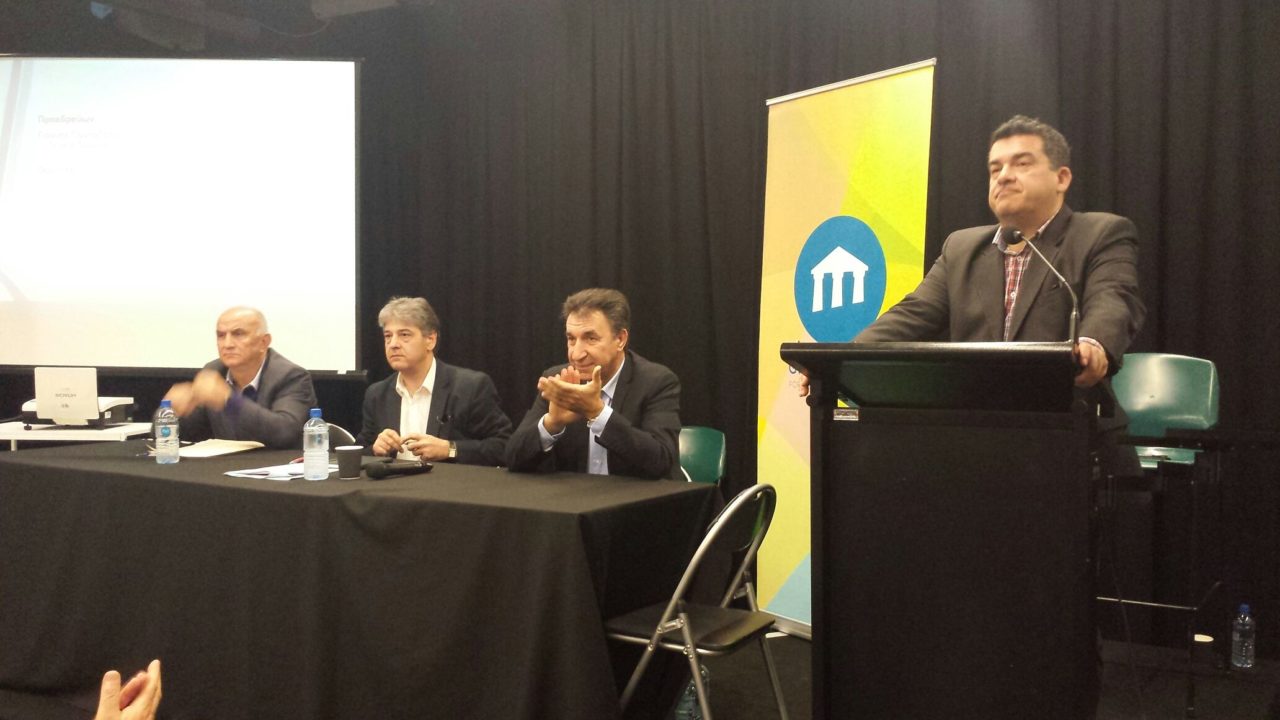 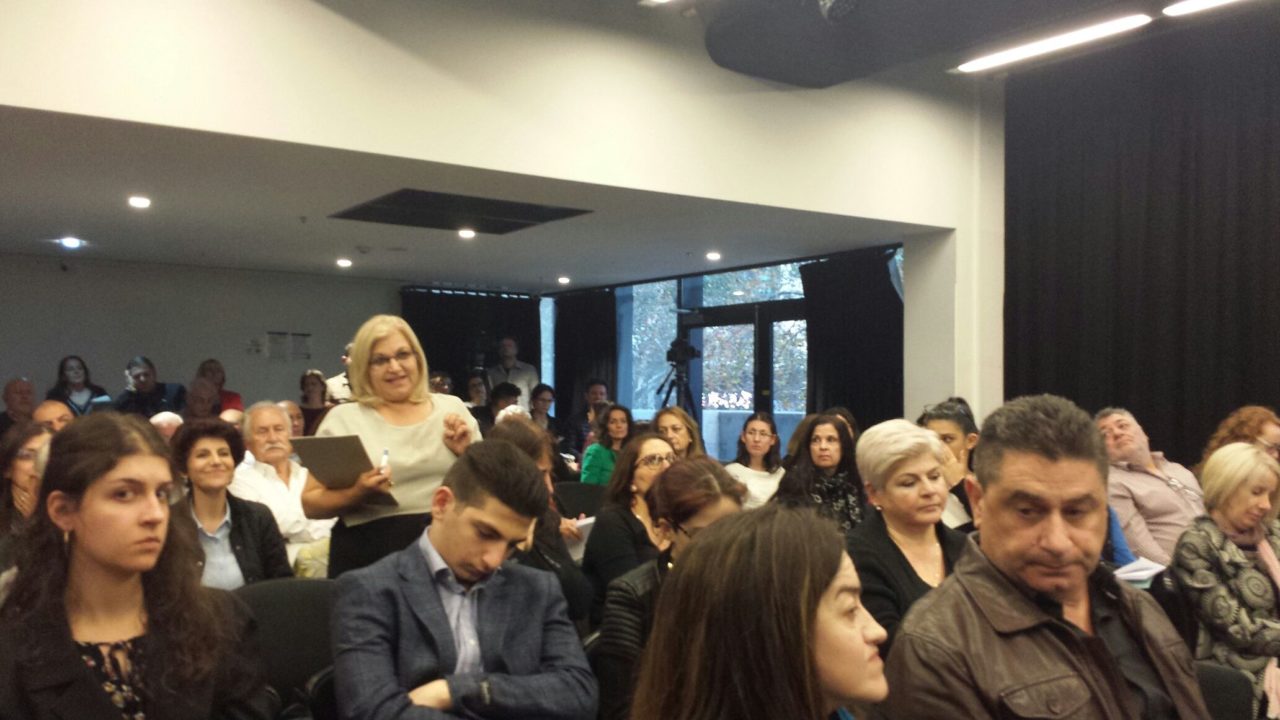 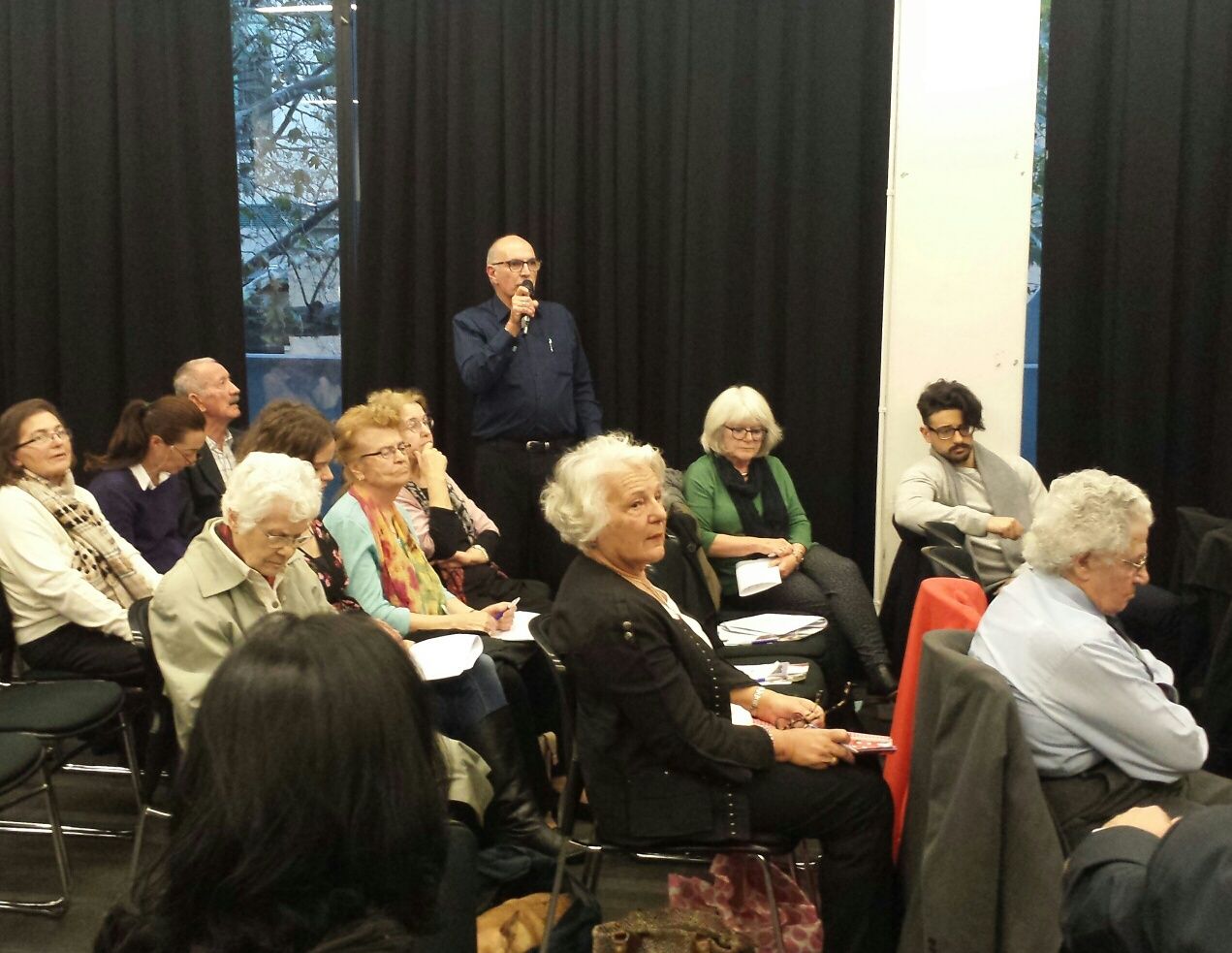 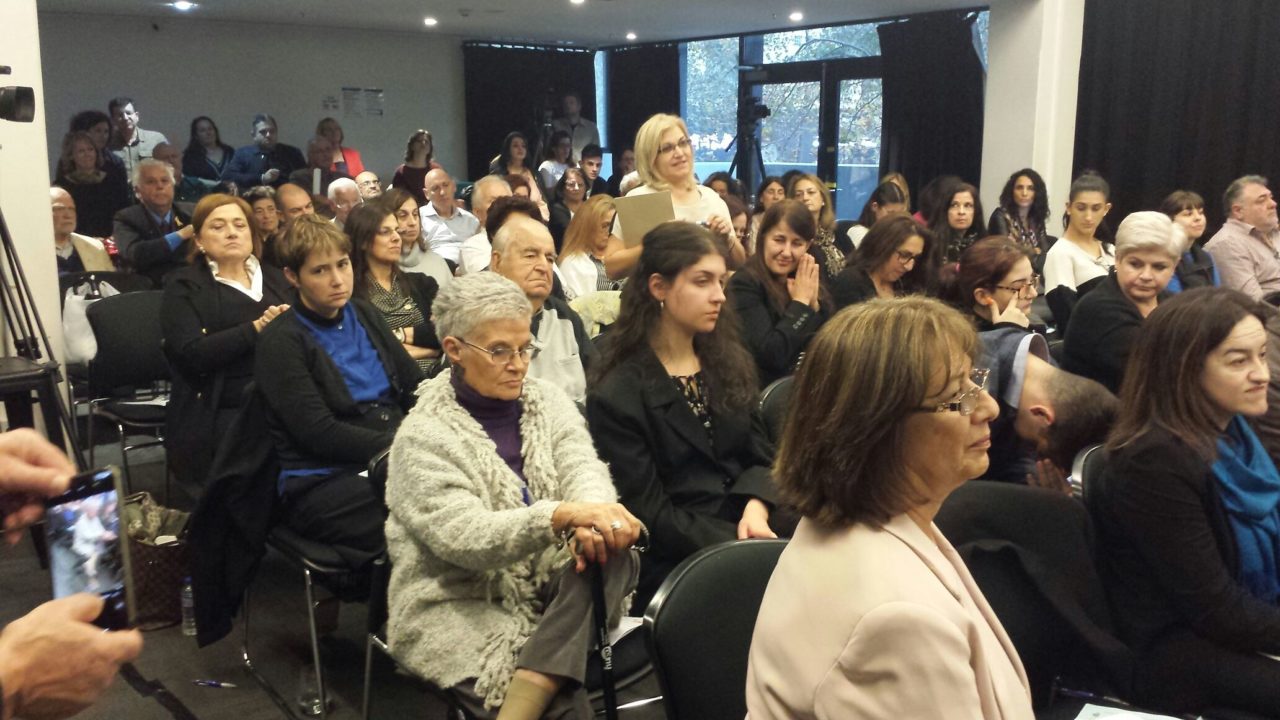 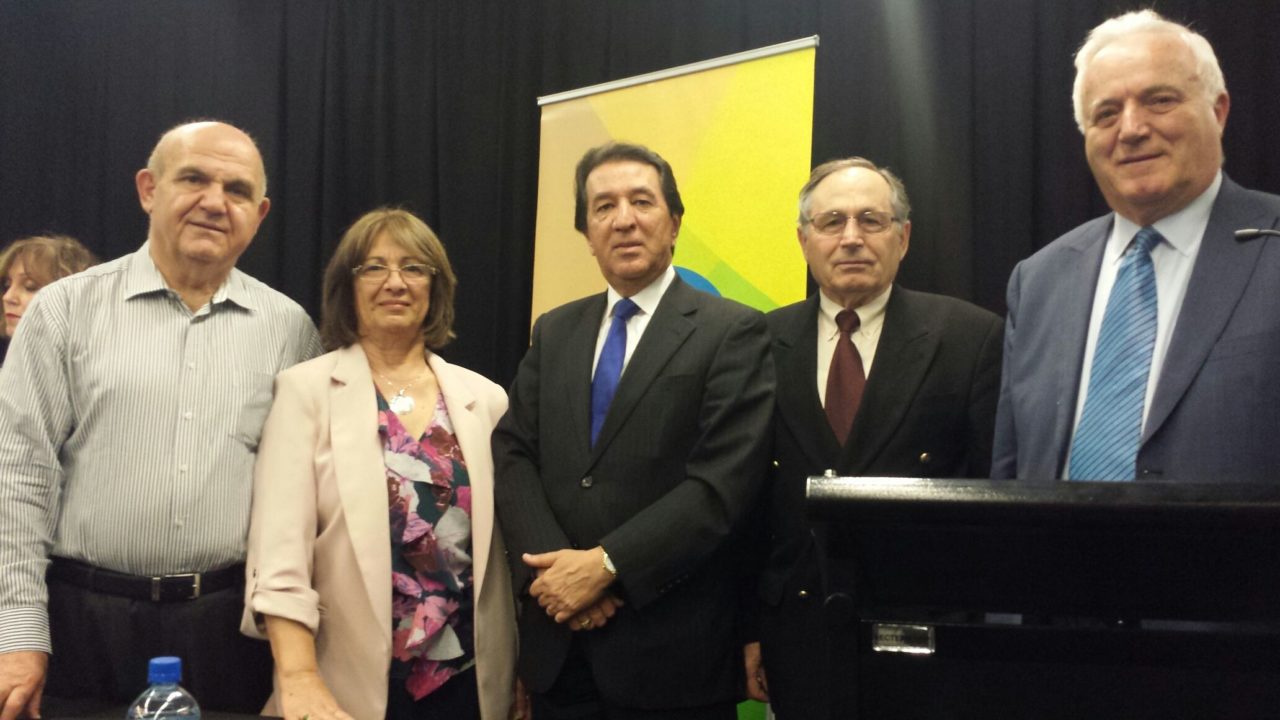 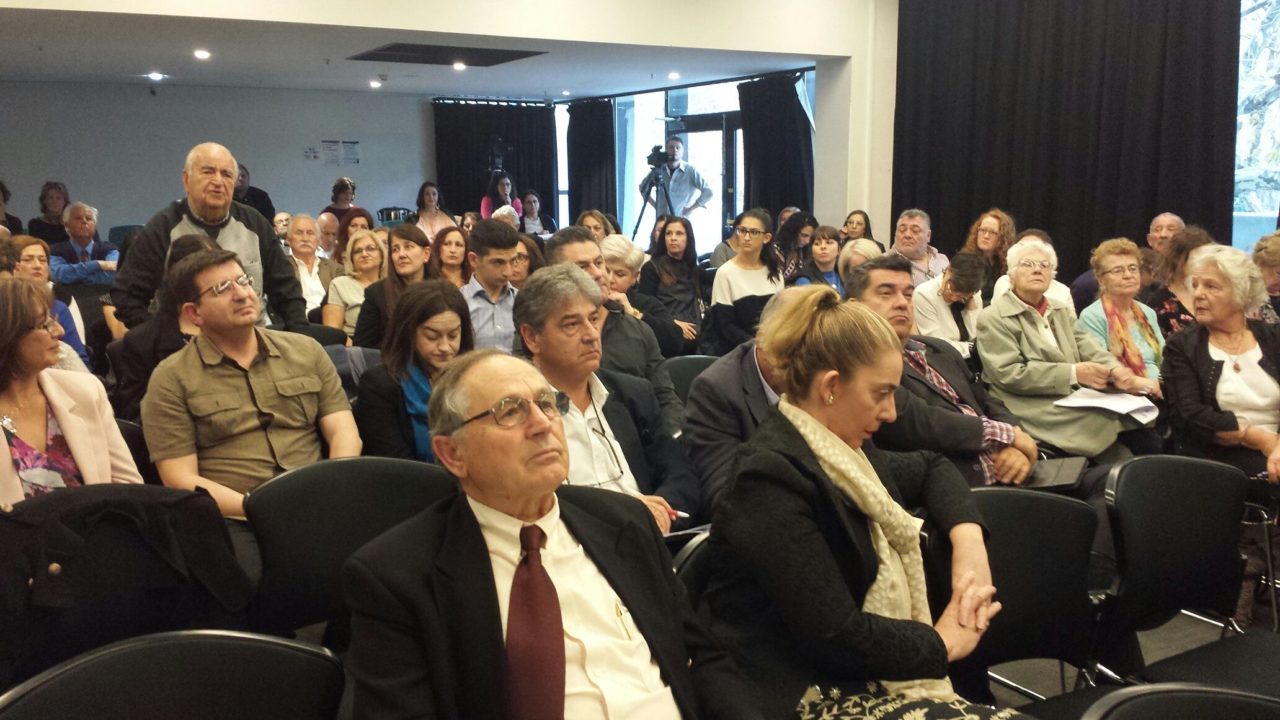 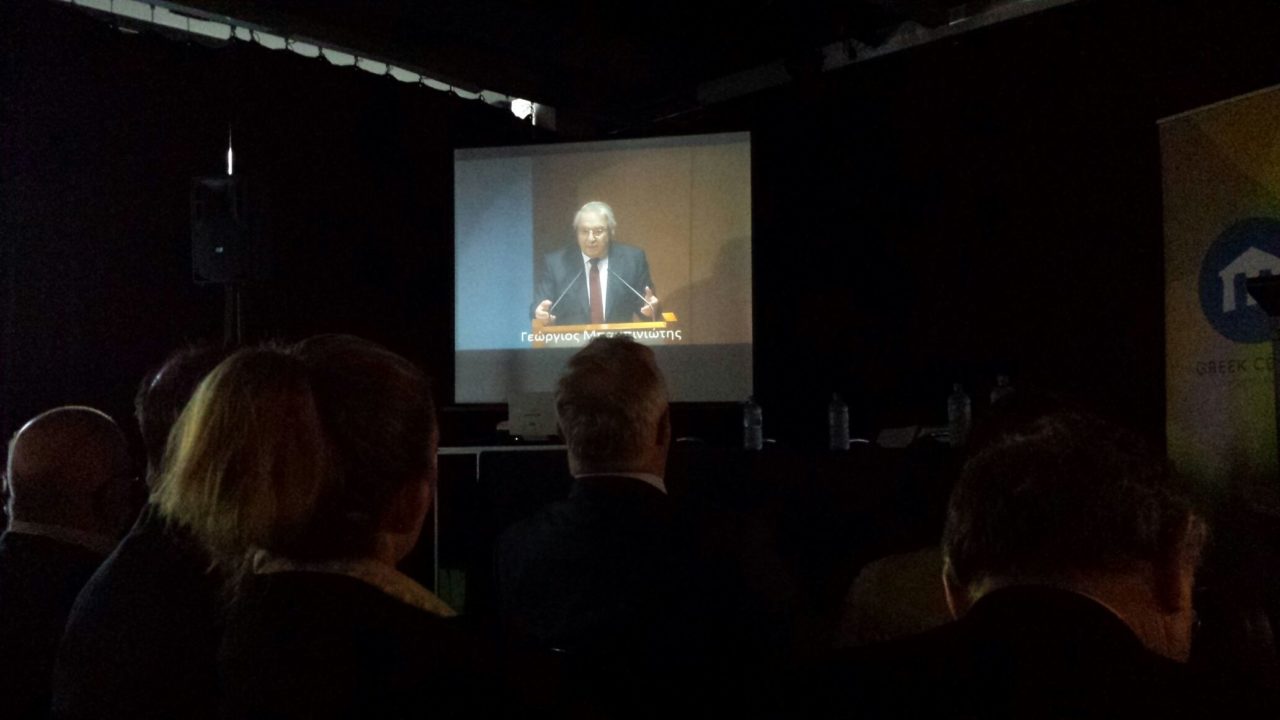 Kyriakos Amanatidis OAM guided the third part of the conversation sharing particular experiences of Day Schools, how Greek language features in the School’s curriculum, as well as the contribution to its retention and promotion moving forward.

In the fourth session, an impressive line-up of speakers from varying sectors exchanged particular experiences of Greek Community Media and its contribution to the retention and promotion of the Greek language.
The session was steered by John Pandazopoulos, General Secretary of the Hellenic Interparliamentary Association and former Victorian Government Minister.
The speakers line-up featured General manager of 3XY and Ta Nea Ross Alatzas, Neos Kosmos’ Editor In Chief Sotiris Hatzimanolis and Themis Kallos, Executive Producer of SBS Radio’s Greek Program

The fifth part of the seminar mainly explored experiences of individuals, such as descendants of mixed marriages, non-Greeks who speak Greek; students of the Greek language who are recipients of scholarships and awards, as well as the role of parents and grandparents in preserving one’s cultural and linguistic heritage.
President of the Greek Australian Cultural League of Melbourne Cathy Alexopoulos OAM coordinated this section of the discussion while speakers Tammy Iliou, a second generation mother; Fotios Tsiouklas, an 18-year old app producer; Ms Vasso Zangali, a mixed marriage descendant mother; Katrina Zika, a non-Greek background student of Greek; Grigorios Bairamis, a grandfather; and Ioanna Liakakou, a grandmother, shared their very personal stories.

In the sixth and last section, the seminar delved into future perspectives, funding and of course the pivotal role of providers and community organisations in keeping the Greek language alive in Australia.
With lecturer of the Greek Studies Program at La Trobe University Dr Dimitrios Gonis at the helm, speakers discussed the possibility of creating a Hellenic Language Foundation, cooperating with other language minorities, and pertinent proposals for strengthening the language.

Finally, Professor Vrasidas Karalis wrapped up the event with a synopsis of the challenges and perspectives as discussed during the seminar.