Was there an ‘ethnic vote’ in the 2019 election and did it make a difference? 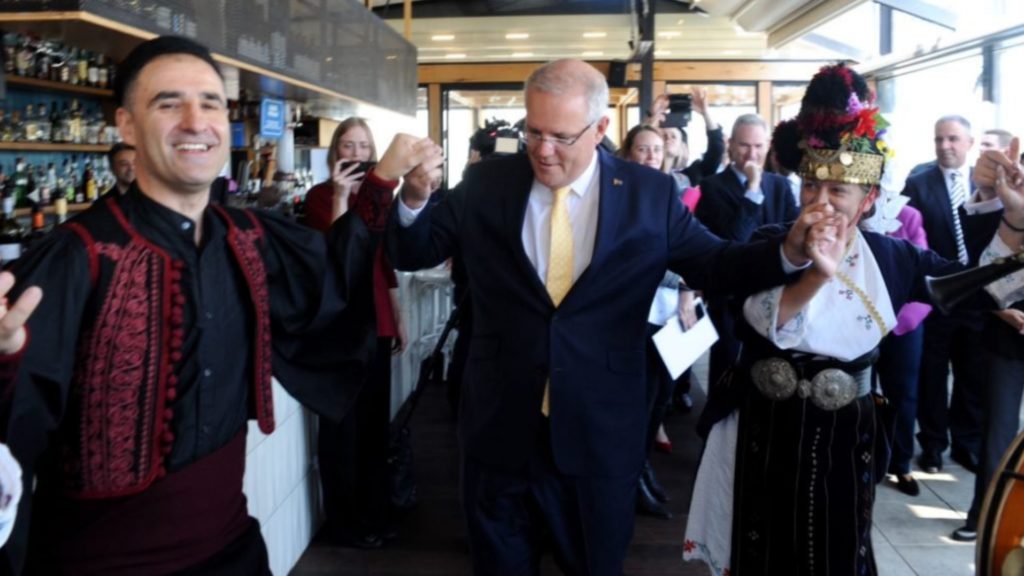 Many factors appear to have contributed to the unexpected victory of the Coalition in the 18 May election. Two factors were predictable and had a devastating impact on the ALP vote where they were activated – ethno-religious prejudices around sexuality and gay culture, and fears about perceived threats to economic stability in some ethnic communities.

This “ethnic” vote in the big cities stopped the ALP in its tracks in many Coalition electorates that were expected to swing to it, while pushing others firmly into government heartland.

What is an ethnic vote?

An “ethnic vote” exists not just where there are large numbers of people from particular cultural backgrounds, but where their ethnicity and cultural mores (and, where relevant, religious beliefs) shape and finally determine their views and therefore votes on particular issues in an election.

The conditions for such a situation can vary, though social media now play key roles. However, the “ethnics” have to be citizens, so simple birth country data can be misleading. For an example of how this is changing the landscape, in the period 2011 to 2016 Victoria had an increase in citizenship among Indian-born (70 per cent), China-born (27 per cent), Philippines-born (31 per cent) and Iraq-born (35 per cent) residents, while traditional groups accelerated their demise (Greeks -10 per cent, Italians -12 per cent).

Ethnic groups are not just people born outside Australia, but also their descendants. In 2016, 509,000 Australian residents were Chinese-born (including from the Chinese diaspora), while 705,000 claimed Chinese ancestry – about 200,000 were born in Australia. In the two years after the 2016 Census, the India-born population rose 30 per cent.

READ MORE: Opinion: The evolution of racist language in Australia

The safe-schools/same-sex-marriage problem became a major issue in 2016 for Chinese (often not of any faith), Muslim, Pasifika Pentacostalists and Eastern rite Christians, among other faith communities.

These issues generated a nexus that shepherded Malcolm Turnbull into a tight election win in 2016. Chisholm in Victoria (new Liberal MHR Gladys Liu masterminded the process there), Banks, Barton and Reid in Sydney were lined up as likely Labor wins. All except Barton went to the Coalition.

In 2019, these were “must wins” for Labor; the three from 2016 stayed with the Coalition, though this time going directly to the Liberals rather than through a religious proxy such as the Christian Democratic Party. In other very safe ALP seats the incumbents’ vote dropped significantly.

Across Western Sydney, seats with significant Chinese, South Asian, Pasifika, Middle Eastern and Southeast Asian populations heeded the whisperings about supposed Labor death taxes, or the supposedly likely Labor-induced collapse of the property market, while remembering how their Labor representatives had abandoned them in 2017 over gay marriage.

This last issue was intensified by the Israel Folau conflict with the Australian Rugby Union over anti-gay/religious freedom posts. Inter-ethnic tensions were also triggered – propaganda about a threat of rapidly increasing elderly Muslim parents swamping hospitals and services in the west if the ALP won were aimed at the supposed antipathies of Chinese- and Filipino-born voters towards Muslims and Arabs.

However, the “Bowen thesis”, that the ALP has lost faith communities, does not hold up. Bowen’s major problem in his Blaxland seat was a huge vote for One Nation and the UAP (12 per cent first preferences altogether), with the Christian Democratic Party halving its vote from 2016.

Rather, the Labor offer to faith and ethnic communities (especially Muslims, Eastern rite Christians, Indians and Chinese) for expanded parental reunion opportunities may in fact have backfired along that Muslim/non-Muslim fault line, scaring both non-Muslim ethnic and non-ethnic voters towards the ultra-right.

Banks provides the most interesting case, with local member and Immigration Minister David Coleman’s close work with Chinese communities paying off for him. In 2013, Coleman won the seat from the ALP. In 2016, his first-preference vote declined from 47 per cent to 44 per cent as the Christian parties benefited from the social media campaign on same-sex issues (8.1 per cent); he then picked up their preferences almost totally. In 2019, the Christian party vote declined and it went straight to Coleman, along with a chunk of the ALP vote, giving him a first-preference vote of 51 per cent and another 5 per cent on 2PP.

Our detailed analysis of Banks tracks Chinese and other voters through key booths in the electorate. In Banks, over 30,000 residents identify as having Chinese ancestry, similar to the adjacent Barton. In Barton, the ALP improved its vote (on the base of very much higher numbers of South Asian and Muslim residents). In Banks, the Liberal vote improved significantly, similar to the switch in Western Sydney seats against Labor.

READ MORE: Is there an ethnic vote?

In Hurstville, three out of four polling booths recorded a majority vote for the Liberals for the first time. The Liberal Party had invested heavily in Hurstville, recruiting small armies of Chinese-speaking workers to greet voters at polling booths. Meanwhile, votes for Christian minor parties (Family First was the main vector in 2016, not running in 2019), fell by as much as 8 per cent between 2016 and 2019. This was a bigger fall than in Banks overall.

In addition to Hurstville, the booths with the largest swing to the Liberals in 2019 were in Riverwood (two booths recorded a swing of more than 11 per cent). Like Hurstville, median incomes in Riverwood are below average compared to the electorate as a whole.

In contrast, comparatively higher-income areas in this group, such as Allawah, Beverly Hills and South Hurstville, recorded much smaller swings towards the Liberals. One booth in Beverly Hills even had a swing away from the Liberal Party.

Across all of the 12 polling places in the Chinese-heavy suburbs listed above, average first preference votes were:

Compared to Banks overall, Chinese-heavy booths in 2019 were 5 per cent less likely to give their first preference to the Liberals, and 5% more likely to vote ALP, though this time the quantum support for Labor dropped significantly. This pattern has remained consistent across the last three federal elections.

In 2019, though, in the suburbs with substantial portions of Chinese-background voters, comparatively lower-income areas recorded the biggest swings to the Liberals, with the size of the swing declining as incomes rise.

Chinese-Australian voters are therefore largely in sync with patterns that have been observed nationally this election. This suggests that where there are many issues with salience for ethnic groups, the outcomes for specific groups will look like the overall situation; where there are specific issues, for instance those of particular concern to South Asian and Muslim communities, then the “ethnic vote” will become apparent.