One of the most important names the international Psychedelic Rock scene has to offer comes from Greece. Thessaloniki trio, Naxatras, within less than a decade have managed to reach well out of their country’s borders, amassing millions of views on YouTube and thousands of subscribers.

Naxatras, now prepare to make their debut in Australia in September 2019, supported by Sydney-based Space Rock quartet Comacozer who have their own story to tell with multiple LPs released via Headspin Records. The band will appear in some of Victoria’s most popular venues in Collingwood, Northcote and Geelong, before heading off to Sydney and Brisbane.

Since 2012, Naxatras have been mixing soulful Greek jams and hypnotic soundscapes having released three full length studio albums that received highly critical acclaim by many reviewers around the globe. Their namesake first album, Naxatras boasts well over 4.4 million views on YouTube. Naxatras II and Naxatras III are following suit.
John Delias (guitar), John Vagenas (bass) and Kostas Harizanis (drums) never expected their venture into the world of music to go this far back in 2012, when they met at the Film School of Thessaloniki. 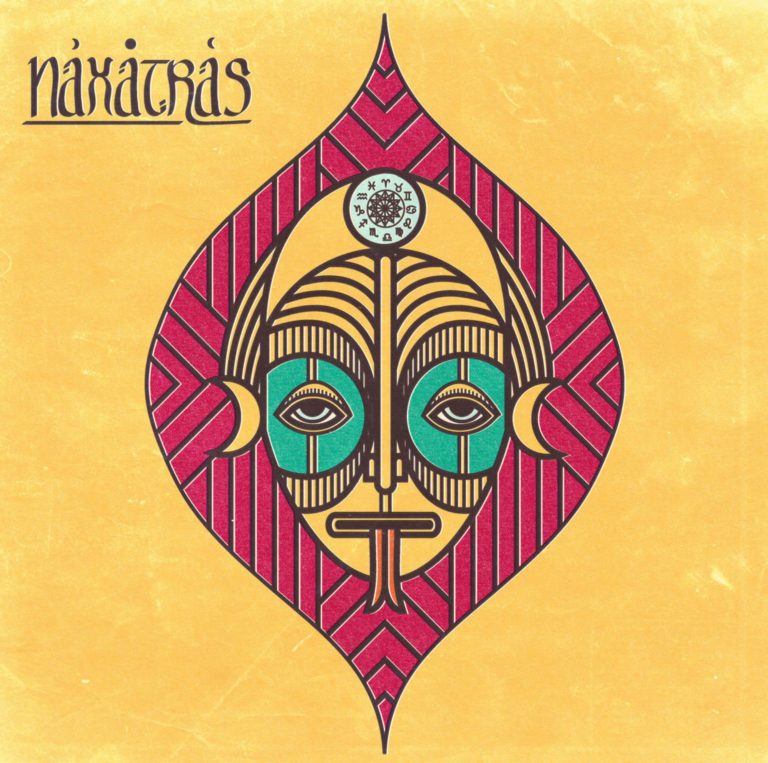 “We studied there, started to talk about music and decided to jam, John brought his friend Kostas to play the drums and we were ready to go. At first we played more stoner-oriented stuff, but on the way we shifted to the trippier side of life,” John Vagenas tells Neos Kosmos.

“We certainly were ambitious and we believed in our music, but I don’t think we realistically expected this to happen. I mean to tour Australia, come on, if you told us that three to four years ago we’d find it hilarious. Even now we do!”

Still based in Thessaloniki, the psych outfit is one of the projects representing the ever growing underground Greek live scene where not just psychedelic, but electro, stoner and drone are also very popular.

“Things are getting better year by year,” the band members agree. “There are many cool festivals like Street Mode, Urban, Los Almyros, Under the Sun, and most bands, both Greek and foreign, enjoy the enthusiasm of the crowd here, in venues that range from decent to really cool. Let’s hope things keep on evolving and upgrading!”

But what does Naxatras stand for? It is not an ancient Greek name like many think. “We were looking for a name and fell across the Hindu term ‘Nakshatras’, which refers to the various phases of the moon in Hindu astrology,” John explains.

“It sounded nice and kind of fit with our vibe, so we kept it!

“Everybody is influenced by their native culture and Greeks, well, maybe a bit more than the average person,” he says. Greece being a pathway into the East, is definitely exposed to different ethnic sounds.

Naxatras, even though a Hindu name, its essence encompasses the band’s eastern vibe.

“We do enjoy the cultural elements of different backgrounds, it’s all like a huge mix-bowl that you can take ingredients from; it’s all connected,” he adds.

“We have incorporated some eastern scales and modes in our music, usually the bass plays on the pentatonic scale and the guitar travels through phrygian, mixolydian, hijazz and generally more exotic modes.” 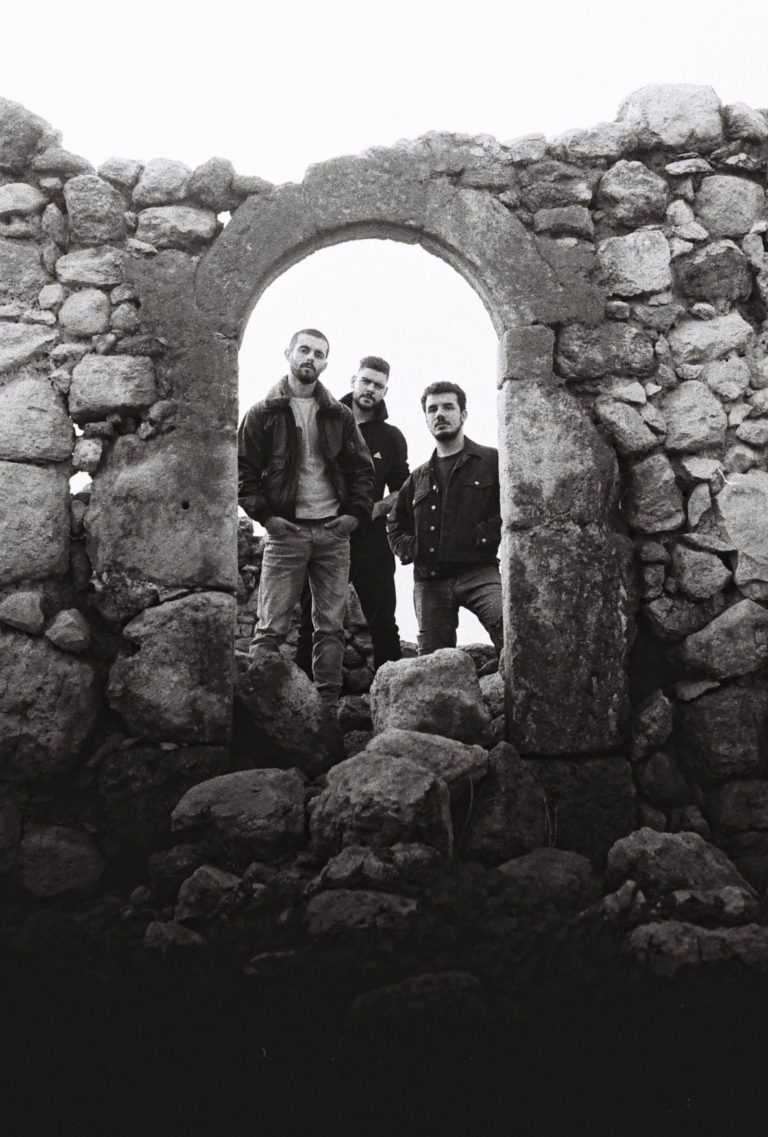 The band members all love 60’s and 70’s classic, hard, psych and progressive rock; bands like Pink Floyd, Black Sabbath; heavy metal from the 80’s, as well as 90’s stoner and alternative influences. They explain that their personal tastes are a bit different, as they range from jazz and classical music to electronic, but they all take a listen to each other’s favourites at the time.

“We want to have a very diverse musical palette,” John says.

“Usually, someone comes with an idea, a riff, a melody, a groove or whatever, and then we jam on it; we combine it with other ideas or sometimes it’s all ready from the beginning. We don’t follow a formula, we do whatever comes to our mind. We use custom-made instruments, at least for the guitar and bass, and we play with tube amplifiers. We got Marshalls now, but before that, I used to play through a custom-made tube head that weighed 70 kilos and a custom-made cab that weighed even more! Now, we keep these beasts for the studio and some really special lives, ’cause touring life is hard…”

The band’s love for traditional methods of recording and the fixation to the instruments’ natural qualities does play a big part in the unique and deep effect of their ritualistic music.
“What you hear in the albums is all analogue, only converted to digital as a last stage to listen to from your computer,” they stress. “But the tape saturation contributes greatly to our sound and so does Ilias aka Jesus I. Agnew, who is the studio engineer in our recordings. It brings out the warmth!”

Agnew, who works out of a studio in rural Greece has cut all of Naxatras’ vinyl directly from the master tapes, staying true to the purity of the analogue quality.

Even the psychedelic/space inspired artwork on the covers is made especially for the band, by Chris RW, an illustrator and very good friend of the Naxatras trio.

Every aspect of the band, conveys the same message. Each piece of work is about the trip, the journey, be it delving into the inner-self, an outer-body experience or space travel.
But what is written in the stars – or the next phases of the moon for Naxatras after the success of their latest and trippiest album? More journeys.

“We will perform in Europe and Greece during the Summer, in festivals such as Ozora, Lake on Fire, Krach am Bach, Rock im Wald, Crystal Mountain, Rocklette Palp, Under the Sun, Urban, New Long and some gigs in Italy as well.

“We have a lot of ideas about our next album, but we will focus on writing after the Australian tour, which will kinda close the cycle of ‘III’,” John says musing about Naxatras potentially entering a different dimension. 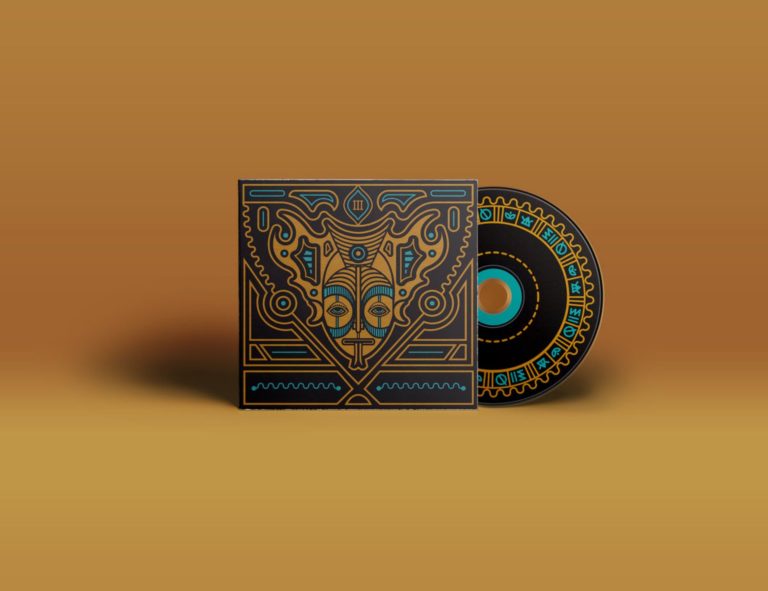 For tickets head to https://www.songkick.com