The Greek Writers Festival made its debut at the Greek Centre for Contemporary Culture on Friday 31 May, with the theme Diasporic Dialogues.

The first panel of the Festival was hosted by Professor Vrasidas Karalis, Sir Nicholas Laurantus Professor Modern Greek Chair at the University of Sydney and featured writers Maria Katsonis and Dmetri Kakmi discussing Growing Up Greek and Rebellious. 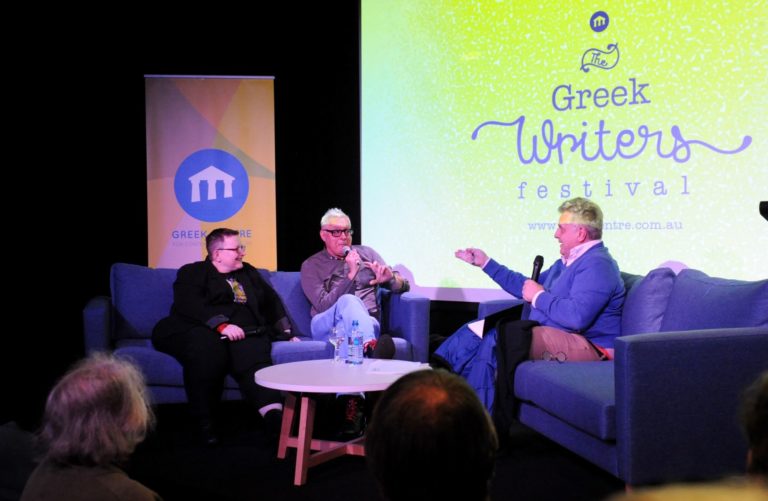 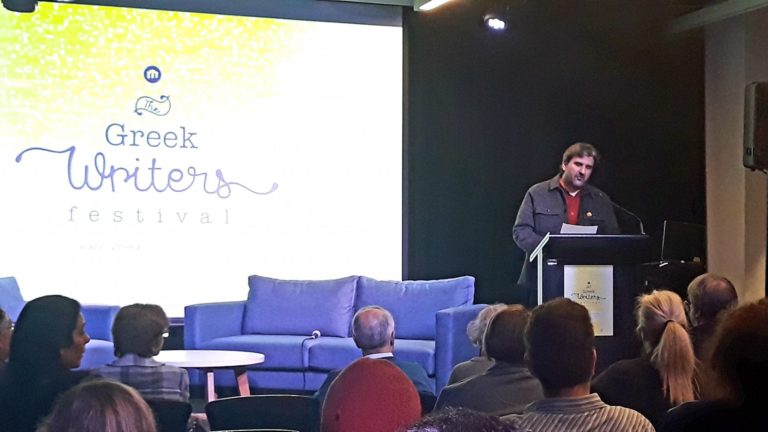 Mr Papastergiadis said that he was very pleased with the programming, highlighting the GCM’s goal to embrace young writers and support them through, enabling them to promote their works not only to the Greek community but beyond.

“I am very pleased both by the interesting program of the Festival, as well as by the participation of important writers and academics not only of Greek background but also from other nationalities. It is one of the biggest Writers Festivals and I am glad that this festival is organised by the GCM, ” he said.

“In this way, the GCM realises another goal of creating a channel of communication with other Australian nationalities, exchanging ideas, experiences and planning together for the future.”

Week Two of the Greek Writers Festival kicks off with an entertaining evening program this Friday, with a raw and informative session about Anarchy in Fitzroy presented by poet and anarchist Π.O.

The Festival concludes on Saturday 8 June with five informative sessions featuring 11 participants, and will conclude with the launch of books by Dimitris Troaditis and Tom Pettinis.

(In)famous poet and anarchist Π. Ο. makes a lost world come to life. Fizroy in the 1960s, a kaleidoscope of kafenia, gambling, drunks and drug addicts, and the whole wonderful chaos of what is lost as migrants moved out in the process of gentrification.

An evening with acclaimed author and academic Tony Birch as he talks about growing up in inner-city Melbourne in the 1960s and 1970s with Greek migrants and the contribution they made to Australian culture and society.

Deborah Kayser has for several decades, been a guiding voice for new, innovative vocal music in Australia. In this performance for two musicians, she collaborates with composer / bassist Nick Tsiavos in his work, One Hundred Months, Third of East. This work is a journey through a kind of modernist Byzantium of the imagination, an exploration of an architecture of loss and desire, into which both voice and bass are immersed.

What is the legacy of memorialising the Greek migrant experience in literature? Acclaimed and much-loved educator and researcher Anna Chatzinikolau leads a fascinating and enriching discussion with poet and author Dina Amanadites and historian Lella Cariddi about literature’s capacity to record and immortalise what it means to leave one home and arrive in another land to make another. This session is in both the English and Greek languages.

Speak, poet!: Open Mic @ 4.15-5.15 pm
Do you have an itch in your soul, a fire in your heart or a sky in your brain? Do muses and satyrs and strange spirits dance wildly on the tip of your tongue? Then YOU, poet, need to SPEAK! All you need is this microphone, five minutes, and a few golden ears to share your poems, songs, stories, anecdotes, visions, nightmares, anything. Just rock up and sign up and do your own thing, freak feely, and let it all hang out!

Note: You must turn up to the event to sign up for your spot. Places fill up fast, so first in, most blessed!

Come celebrate with us as we––in true bilingual fashion––launch the latest poetry collections of two unique voices in Australian literature: Steles by acclaimed poet and novelist Tom Petsinis, and Λοξές Ματιές (Sideward Glances) by journalist, social activist and Greek language poet, Dimitris Troaditis. Proceedings and readings will naturally and seamlessly oscillate between English and Greek, as the poets’ work intertwines and reflects the richness and complexity of “Greek” literature in Australia. It sounds more familiar than you may think! Presenters include poets Dean Kalimniou and George Mouratidis.

Writing the line: the play of image and rhythm with Tina Giannoukos

How can image and rhythm enrich and deepen our expression of the poetic impulse? This workshop draws on various traditions to explore the metaphorical and rhythmical potentialities of language. We will read poems, do exercises, and workshop our poetry to gain insight into our poetic practice and develop a language to speak about poetry.

Note: There is a limit of only 10 places, so make sure you book. Participants are required to bring an unpublished poem of their own, no longer than one page, to workshop.