A second division will allow clubs to invest and grow, marking it as a “turning point” for football in Australia 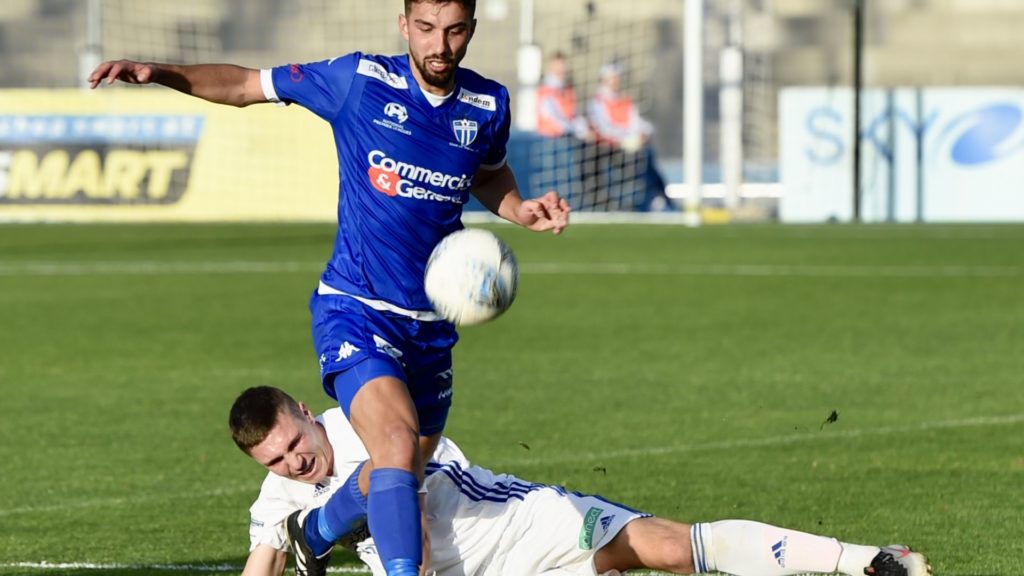 If all the rumours are to be believed South Melbourne could soon be back in the Australian big leagues. Photo: Kostas Deves

Recently the rumour mill has been running wild in regards to a second division to the Australian football league, better known as the A-League, following in the footsteps of most major competitions around the world.

Supporters of the idea claim it would provide more opportunities to people that are involved with the sport to gain exposure.

Up until a few weeks ago, it appeared that the Football Federation of Australia (FFA) was intent on keeping the A-League as a closed investor’s group, however that all looks like it’s about to change.

A recent meeting between all major participants of football in Australia (FFA, State Federations, Association of Australian Football Clubs, Women’s Football, Player’s Football Association, etc.) is rumoured to have finally led to a common decision for the creation of this second division (tentatively titled The Championship), with an official announcement to follow in the coming days.

Others have taken this one step further, claiming that certain clubs have already been approached to investigate their willingness to participate in this 14-team competition.

Among those clubs, of course, was South Melbourne, who already made an (unsuccessful) attempt to enter the A-League through the expansion process, with Western United and Macarthur FC (formerly known as Macarthur South West Sydney) being chosen instead.

Neos Kosmos spoke with the leader of South Melbourne’s A-League campaign, Bill Papastergiadis to assess how much truth there is in these rumours.

Not only did he confirm them, he pointed out the club’s full support towards the effort.

“From South Melbourne’s perspective, the A-League took out of the game the very essence of football, which is competition,” Mr Papastergiadis said.

“During our bid, we made it very clear that even if we were appointed to the A-League, we would welcome a ‘B-League’, because we regarded it to be an essential part of the game, of the history of the game in this country and we wanted South Melbourne to pit itself against every other club, no matter what division they were in.”

He also congratulated the two people said to be in charge of the Second Division Working Group, AAFC Chairman Rabieh Krayem and FFA Board Member Remo Nogarotto and went on to add that this will be a “huge win” for football, as it will finally “burst the bubble” of small clubs that had been created and provide access to first-tier football.

READ MORE: How an independent A-League will affect clubs like South Melbourne

But access to the A-League through this new competition has yet to be assured. In fact, if recent remarks made by FFA Chairman Chris Nikou and A-League boss Greg O’Rourke are to be taken into consideration, promotion and relegation from a second division would be “unrealistic” at least for another 15 years, due to the contracts they have signed with the heads of the A-League clubs.

Mr Papastergiadis states that this isn’t the case, pointing towards the assurances both he and South Melbourne have received from the AAFC.

“According to the discussions I’ve had, it has been made clear that promotion directly from it to the A-League, within a year or so, is an essential component to this second division. From our perspective, it would be very difficult to get a championship going without the opportunity of promotion at least within the first couple of years.”

In closing, the South Melbourne chairman stressed that they are keenly observing the ongoing situation with the Western United stadium and should things not progress as scheduled, they could intervene.

“We’ll be following very closely the western ‘team’ to make sure that it adheres to its plans for a stadium within the period that was announced by the FFA when it was endorsed. Because that underpinned its promotion over South Melbourne’s. And we want to make sure that both parties live up to that promise because otherwise we will be asking for a reassessment of the bidding process. As far as we’re concerned, we were the outstanding bid.”