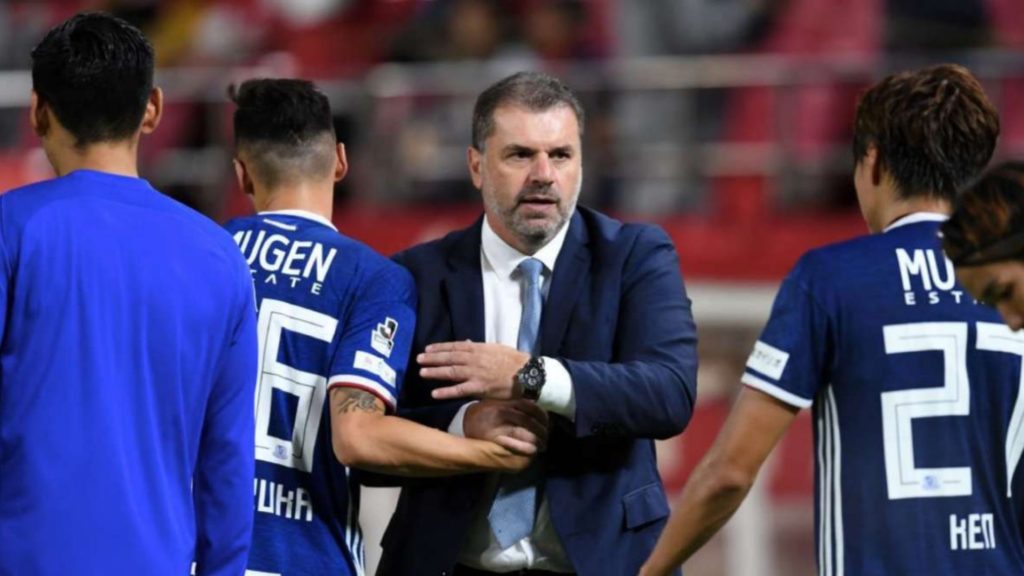 Ahead of a two week break in the J-League, Ange Postecoglou coached Yokohama F Marinos has climbed into third spot on the league table equal on points with second placed Kawasaki and trailing league leaders FC Tokyo by six points.

Fourteen rounds into the new season, and J-League fans are asking whether the Marinos are ready to challenge for an ACL spot next season, or even be a contender for the J-league title this season.  With four wins in their last five matches, Yokohama is starting to attract attention, and along the way, Postecoglou’s team has developed a reputation as possibly the best team in the J-League in an attacking sense. They head the goals scored tally, and forwards Marcus Junior and strike partner Edigar Junio are currently amongst the top scorers in the league with seven and six goals respectively. Just behind them is another forward, the pacey Teruhito Nakagawa, who appears to be flourishing under the Postecoglou style of football, being amongst the leading providers of goal assists in the J-League.

The other interesting statistic to emerge is that Yokohama F Marinos is way out ahead of the other J League teams, in terms of the average distance travelled by each team, per game. Tracking data sees the Marinos clock up an average 119 km per game, reflective of the constant movement and high work rate demanded by the coach.

But for others, the jury is still out, claiming that in order for the Marinos to be a genuine title threat, it needs to show more consistency. Although it has improved defensively this season, compared with last season, of the top 10 teams in the J-League, only 10th placed Urawa Reds have conceded more goals than the Marinos this season.

Their credentials should be made clearer when the J-League resumes on the 14th June. Yokohama will resume its league season against bottom side Shimizu S Pulse followed by a home match against 12th placed Matsumoto Yamaga, two games which are very winnable. Then follows the big test, an away trip to league leader FC Tokyo.