Meet the young Greek academics making us proud in Australia

Five leading academics share their experiences, comparing life in their field in Greece and Australia Apart from their successful journey into academia, George Athanasopoulos, Natalia Bailey, Anastasios Panagiotelis, Athanasios Pantelous and Vasilis Sarafidis have another thing in common. They are the five promising Greek academics who over the past few years have been working tirelessly at Monash University in Melbourne, contributing substantially towards shaping up its direction.

Professor Athanasopoulos is Deputy Head of the Department of Econometrics and Business Statistics, a dynamic place full of bright progressive people. In fact it is one of largest – if not the largest – department of econometrics in the world and is ranked amongst the world’s top 10, along with MIT, Princeton, Harvard, Yale, Cambridge and Oxford.

Although George was born in Melbourne, his parents decided to return to Greece in 1980 when he was seven years old.

“I remember the difficulties adjusting at school, especially the language barrier, and my mum Vasilia spending countless hours with me trying to teach me how to read and write in Greek. We were literally reading everything together trying to get through the text and make sense of it,” says George, who after completing Year 11 returned to Australia to continue his studies.

“I had a real talent for mathematics, but the opportunities for me back in my parents’ village in Aigio were very limited. Therefore my family decided to return to Australia leaving me once again to have to deal with the language barrier as I had not studied or practised English back home.”

Despite English being his second language George managed to complete his studies in Econometrics, finished his PhD and six years ago was appointed Deputy Head of his Department.

Earlier in the year he was promoted to Professor and he is also Director and Treasurer of the International Institute of Forecasters.

George’s broad area of expertise is time series analysis and forecasting. “The tertiary system between the two countries is very different. The opportunities in Greece are limited and very challenging to grab,” says George.
With five Greek academics professors in just the department of Econometrics and Business Statistics at Monash, he says its fantastic, and loves being able to talk Greek with colleagues on a daily basis.

“My wish is to see more academics from Greece or with Greek background join Australian academia. I know that there are many Greek big names around the world in many different fields and it makes me extremely proud to be able to contribute to this.” Born in Greece, Natalia, who is of Greek and British background, moved to Australia in May 2017 when she was offered an academic role she couldn’t resist. Today, the 40-year-old who undertook most of her studies in the UK, works as a senior lecturer in the department of Econometrics and Business Statistics at Monash with a focus on quantifying how and to what extent economic activity in different areas, regions and countries is connected.

She has obtained a BSc, MSc and PhD in Economics.

“Although my experience in Greece is very limited, my understanding through my discussions with colleagues is that the opportunities for career development in the Greek academic world are very restricted and the system is quite rigid,” she says. “This probably constitutes one of the main reasons why many aspiring Greek academics opt to move abroad to further their professional development. On the other hand, Australia appears to invest much more heavily in the education of the younger generations and boasts a number of internationally recognised academic institutions and academic professors within those.” 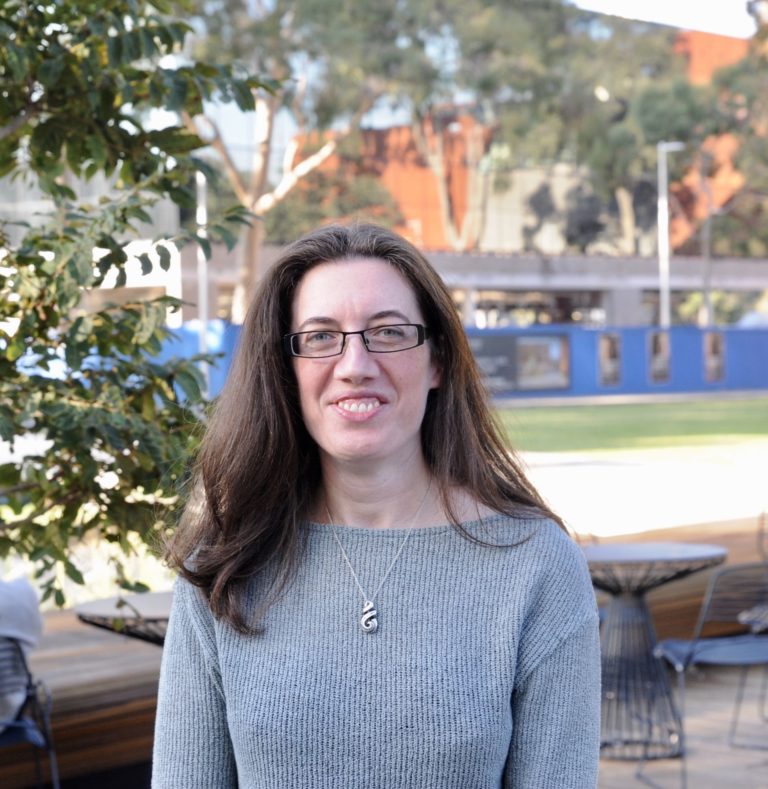 Anastasios Panagiotelis’ family originates from Samos, Kythera and Ithaca. The 36-year-old is the only one of five siblings born and raised in Australia.

He is an Associate Professor and his research is mostly in the field of statistics, particularly forecasting with applications in macroeconomics, electricity markets and online retail.

“In Australia, education is often treated as a commodity. This has the advantage of bringing a lot of funding to the sector which is important since good research costs money. However, there are considerable downsides to a university sector that is overly commercial. The mentality of a student as a customer is completely antithetical to scientific principles and can lead to pressure to reduce standards and to grade inflation,” he says.

“My impression is that the idea of education and research as public goods has more traction within Greek society. However, this possibly comes with some downsides – one often hears stories about how Greek universities are overly bureaucratic and lack dynamism. I think the ideal is some happy medium between what is seen in both countries.”

Having the opportunity to work with fellow Greeks, Panagiotelis says it is a constant reminder that “we are a small part of something much bigger”, as well as being proof of how well Greeks are represented on a global scale.

“Although it’s a pleasant coincidence, given we all have a different story as to how we got here, to us academics it comes as no surprise to have so many Greeks in one university, taking into account Greece’s role in learning and discovery, which has always been an important part of our history and culture. There is an unbroken thread from ancient Greek philosophers, who can be seen as the progenitors of many disciplines in the sciences and humanities, through to the use of the Greek language in academic terminology through to a modern academic sector where Greeks can be found excelling in all corners of the world. Beyond that, it was very convenient that we were able to pool resources to buy a briki for the office to make our Greek coffee,” he says.

READ MORE: An innovative young farmer, going against the grain Athanasios Pantelous migrated to Australia in 2017 from the UK following the Brexit saga, as he was keen to explore academia Down Under, as well as experience the Greek Australian way of living.

The 41-year-old who is originally from Andros island, was born in Athens and is currently an Associate Professor in the Department of Econometrics and Business Statistics at Monash University. He has a PhD in Statistics, focusing on Actuarial Science & Quantitative Finance from the Athens University of Economics and Business and a second PhD in Modelling and Systems Science from the School of Mathematics, Computer Science and Engineering at City, University of London.

His primary research interests focus on the general area of quantitative research and mathematical modelling under risk and uncertainty with an emphasis on finance, actuarial science, stochastic mechanics and operational research.
Having studied in Greece and the UK, and with the experience he has obtained teaching in Australia, he says that the quality of knowledge and education in both countries is extremely high, and very much comparable with those received in the G8, Australia’s leading research-intensive universities.

He says he is proud that the Department he is part of has five Greek professors and two Greek PhD students.
“[It] makes us very happy and proud of our origin and background. We want to continue the successful migration story of Greeks in Melbourne, and further strengthen the connection between Monash University and the Greek universities.” Born and raised in Thessaloniki, Vasilis Sarafidis completed his studies and military service and then migrated to the UK to pursue tertiary studies. He worked as an economist for a private consultancy in the City of London and during that time led projects involving econometric analysis and modelling for the electricity, water and telecommunications sectors. After completing his PhD in econometrics in 2006, he took up a position as a Lecturer in econometrics at the University of Sydney. He is now an Associate Professor in econometrics at Monash University, his area of expertise panel data analysis.

While Serafidis believes that Greek universities have potential, he says they are plagued by crime and anarchy.

“The tertiary education sector is far more extroverted in Australia than it is in Greece. International education is Australia’s third largest export sector, contributing about $33 billion in the economy in 2018, i.e. eight per cent of the value of total exports and more than two per cent of GDP,” explains Serafidis.

“Australian universities rely to a large degree on private funding. For example, Monash’s largest revenue source is tuition fees, counting for about 40 per cent of total revenues in 2018. In comparison, during the same period government funding counts for about 30 per cent of total revenues. As a result, universities compete actively in the global market for international students. In order to be successful in this market, Australian universities have managed to build up a strong international reputation. For instance, in the 2018 World University Rankings, five Australian Universities ranked in the top 80, with Monash being one of them,” which he says is a significant achievement for a country of 25 million people.

“By contrast, Greece’s best-performing university, the University of Crete, ranked in the range of top 351 to 400 universities. This is an unfortunate outcome given that Greece’s tertiary education has a lot of potential to develop, improve its reputation and contribute significantly to the growth of the Greek economy.”

He says that thanks to the country’s rich history and important contribution to several fields combined with its mild Mediterranean climate and vibrant lifestyle, Greece could be a major player in the industry of international education and attract thousands of foreign students.

“Instead, many Greek universities are nowadays plagued by crime and anarchy. This has been one of the greatest failures of the Greek political establishment in the modern era.”

Aside from working hard in Australia, he feels a responsibility to promote his country of origin through initiatives such as international conferences.

“For instance, Athanasios Pantelous established in 2015 an annual symposium on quantitative finance and risk analysis, which takes place at the Greek islands. Over the past five years George Athanasopoulos and I have managed to bring to Greece and Thessaloniki three prestigious international conferences, namely the Annual Conference of Applied Econometrics in 2015, the International Panel Data Conference in 2017, and the International Symposium on Forecasting that will take place this forthcoming June,” he says.

“I am really happy that a Greek community of academics has flourished in this place and I hope that this community will continue to grow in the future.” 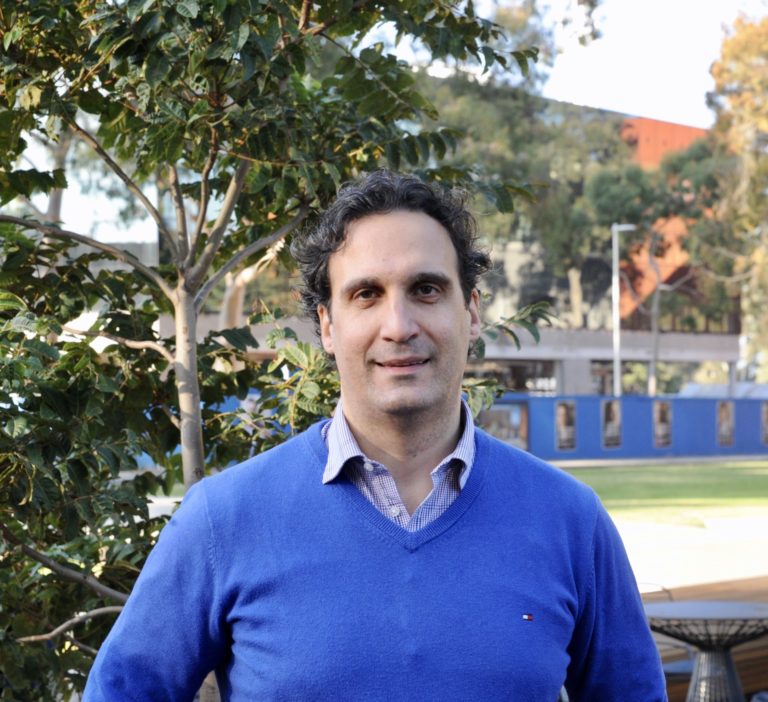