“I arrive among you without having seen you, yet I feel as I have known you for many years” The Sydney Airport Arrivals Gate was flooded with hundreds of faithful and dozens of clergy on Tuesday night to welcome Makarios, the newly elected Greek Orthodox Archbishop of Australia.

Delegations from Sydney’s three Greek day schools attended in uniform, held banners and waved flags, alongside community groups and leaders, as well as members of the public who had gathered at Kingsford Smith for several hours in anticipation of the Archbishop’s arrival.

After landing and clearing through airport customs, Makarios gave a brief address in Greek and English to a packed press gallery behind closed doors, flanked by Bishops Ezekiel, Seraphim and Iakovos.

“I would like to thank you very much for your kindness to be here, and to cover this very significant and historical moment for our Greek Orthodox Archdiocese of Australia,” said Makarios.

“I glorify God with all my mind and all my existence because, from this moment,” continued an emotional Makarios, who fought back tears, “until the end of my life, I belong to Australia.”

Before leaving the press conference, the new Archbishop paid respect to the Australian flag and anthem, pronouncing “Advance Australia Fair; thank you and God bless.”

Moments later, just after 7 o’clock, the crowd erupted with church hymns and shouts of Axios, or ‘He is worthy’, as the Archbishop made his way through the honour guard of priests and subsequent media scrum to make his first public address on Australian soil.

“I arrive among you without having seen you,” said the Archbishop of the Orthodox faithful that had gathered, “yet I feel as I have known you for many years. I have come from distance, Crete, the homeland of your previous Archbishop, yet I feel that that I am coming home.

“This day, in fact this very moment is precious and unique in my heart and in my life,” continued Makarios, “and I am aware that this day and moment are also decisive and vital for the future of the Greek Orthodox Archdiocese of Australia. 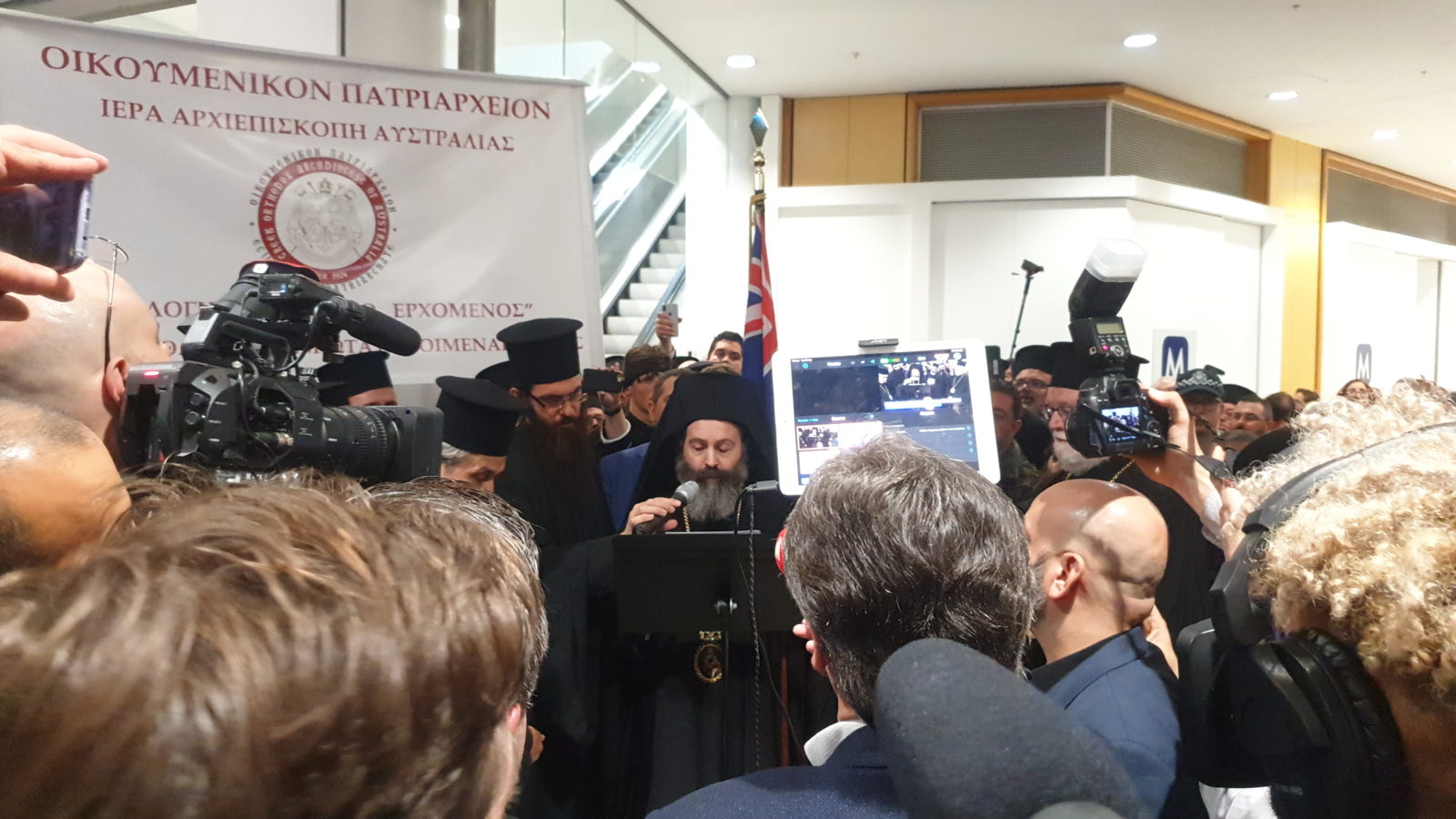 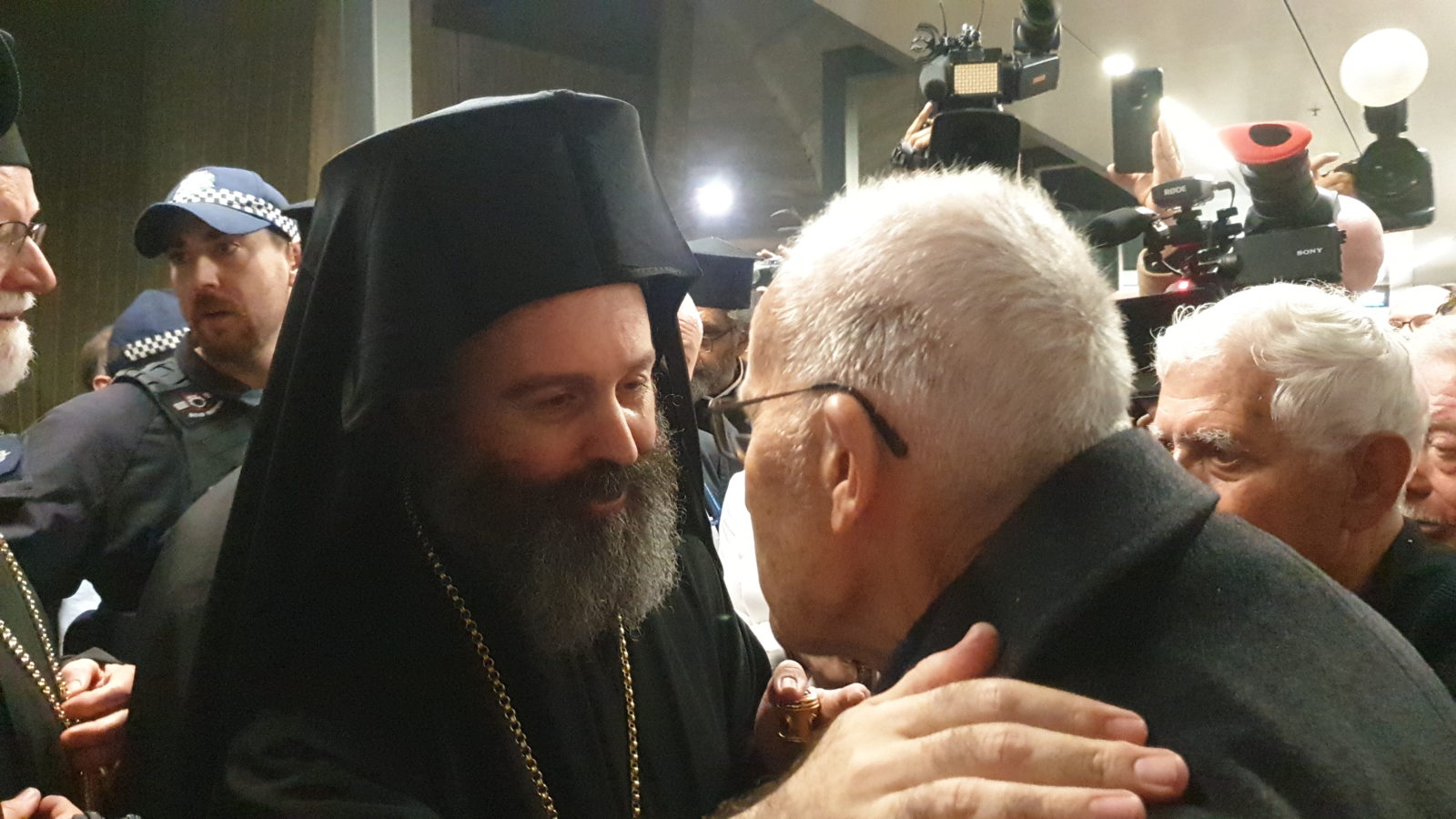 “Perhaps now is the appropriate time, the kairos, for our church to bear witness to broader Australian society, and to share her gifts and treasures abundantly with the wider community.”

After giving his address, Australian Federal Police officers cleared the path for the Archbishop to proceed from the Arrivals Gate, with the Primate giving his blessings and stopping to hold hands and greet the faithful that had continued to sing prayers and hymns.

“I feel joy and satisfaction, because I am among you as your proud father, and at the same time, as your humble servant.”