A couple of teams managed to advance to Rd 32 of the Australian Cup, the draw taking place on 26 June 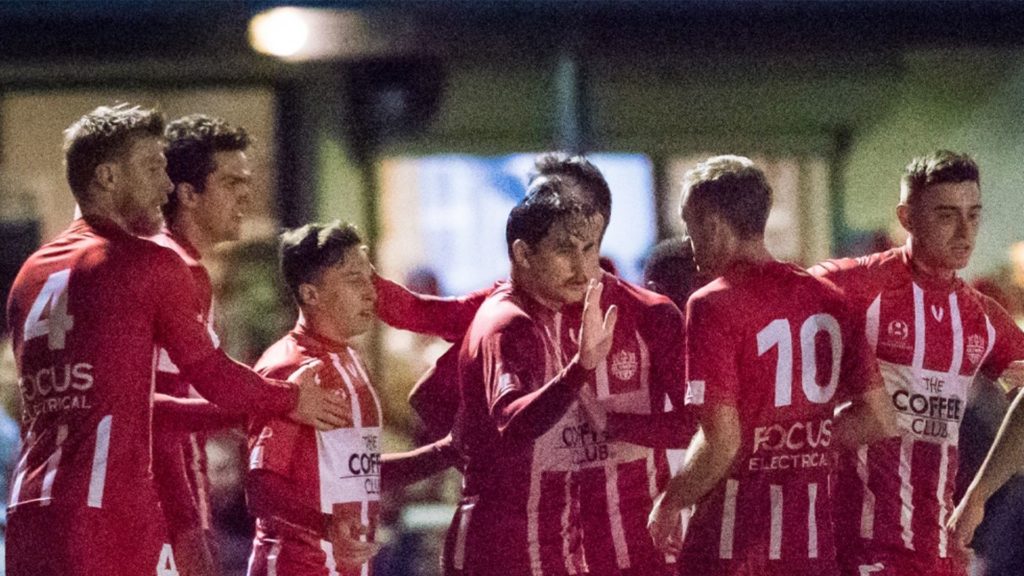 Olympic FC players celebrate after their difficult win against Apollo, which saw them advance to Rd 32 of the FFA Cup. Photo: East End Digital

Not a lot of changes were documented in the last round of the NPL for the Greek clubs playing around Australia.

In New South Wales, Sydney Olympic were finally able to break their recent dry spell and grab a win against Hakoah at Belmore, although the final 1-0 result leaves much to be desired. Abbas Saad’s men will hope they can build up on this win in an attempt to return to form and climb the ladder to find a position within the play-offs and protect the championship title they won last season.

In South Australia, West Adelaide claimed yet another home point, this time against the Blue Eagles, while Adelaide Olympic walked away with all three points from Jack Smith Park.

In the capital, Canberra Olympic lost the big local derby against bitter rivals Canberra FC at home 0-2, while Hamilton Olympic suffered a similar loss by the Lambton Jaffas in northern NSW.

FFA CUP
Besides the NPL, there is another prestigious football tournament being held this time of year around Australia with a few Greek clubs participating: the FFA Cup. Olympic FC and Floreat Athina have already booked their place in the final rounds of the competition, while Darwin Olympic are still alive in the pursuit of a highly coveted spot in the draw for Rd 32 that will see them face off against some of the biggest teams in Australian football, including all A-League clubs.