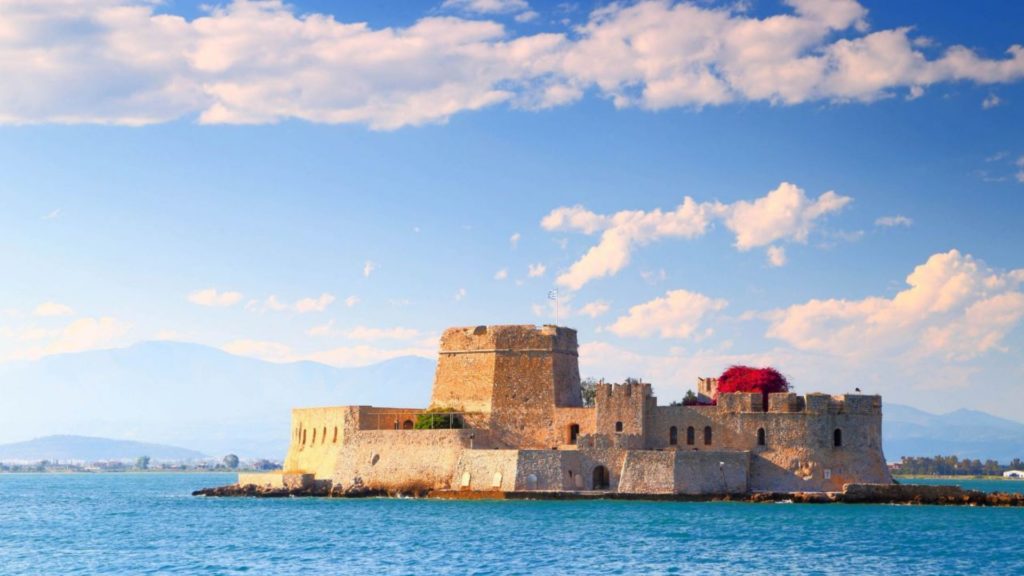 Bourtzi Castle in Nafplio is one of the four sites that will be upgraded and preserved as part of the ESPA Program. Photo: Greeka.com

The Greek Culture Ministry has secured over €16 million in funding to preserve the cultural heritage of the Peloponnese.

The funding is part of the EU’s National Strategic Reference Framework 2014-2020, also known as the ESPA program, and will be put towards restoring four sites of significant cultural heritage in the region.

The bulk of the budget, €8.5 million, will be put towards upgrading the Caves of Diros. Considered one of Greece’s most important natural sites, services will be improved, including disability access, and the creation of a new museum in the vicinity.

The Archaeological Museum of Argos located in Argolis on the Peloponnese peninsula will receive €5 million that will go towards modernising the space. The upgrade will include extending the exhibition space, improving accessibility, as well as creating additional storage space.

READ: Climate change a threat to Acropolis and other ancient monuments, scientists say

The rest of the funding will be put towards upgrading Bourtzi Castle in Nafplio, as well as preserving the Archaeological Site of Tiryns, which has been on the UNESCO Cultural Heritage List since 1999.

The EU recognising the wealth that the Peloponnese has to offer. By investing in the region’s cultural sites, the aim is to attract more visitors throughout the year, and as a result increase revenue by supporting local producers and suppliers, creating new jobs and as a result, improve the living standard of local communities.