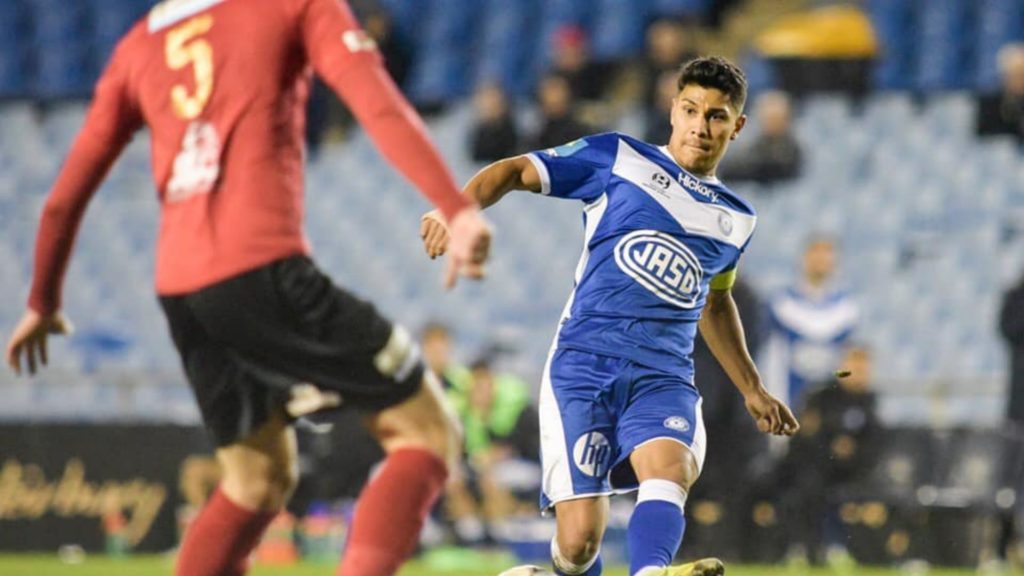 Sydney Olympic seem to have found their form as they secured yet another three points, this time against Rockdale. Photo: sgphotographics

Hot off the heels of the FFA Cup round of 32 draw, the Greek clubs resumed their obligations for the National premier League competitions.

At Belmore, Sydney Olympic found yet another three points against Rockdale as they continue their efforts to climb higher on the ladder and secure a best possible position for the play-offs.

The NSW side will want a favourable draw in order to protect their title.

In Queensland, Olympic FC walked away unscathed after a hard-fought battle against table-leaders Peninsula, with a narrow 3-4 win. This win allows them to keep their hopes for first place alive, as they are currently ranked third with four points less than their latest opponents, yet have two games to play. With an impressive attacking record of 70 goals (by far the highest in the league), the Olympic FC fans can be more than confident for a strong finish.

In South Australia, Adelaide Olympic were able to extend their undefeated streak as they conquered Croydon at home and climbed even higher on the ladder.

The same, unfortunately, cannot be said for West Adelaide, who succumbed to the superiority of the Adelaide united youth squad and suffered a clean 0-3 defeat at home.

Floreat Athina was also subjected to a similar fate against Inglewood, the only difference being that they played away from home. The Western Australian side has now fallen to third place as this was their second consecutive heavy loss after that against Bayswater.

The Olympia Warriors were able to beat Launceston away from home 0-3 last weekend, keeping up the hunt of Devonport who are currently first in Tasmania.

Meanwhile in the country’s capital, Canberra made an impressive comeback as they annihilated Gungahlin 2-7.

READ: Cahill: Why the NSL was about family, culture, tradition and values