All teams that finished in the top five positions last season will begin with a home game, while the big matches start from as early as Round 4 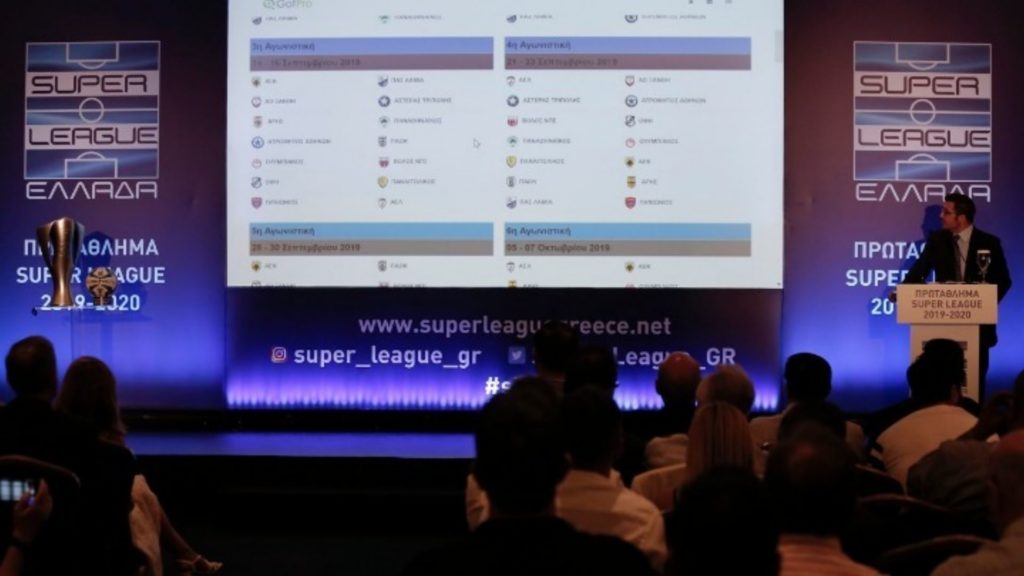 The draw for the 2019/20 edition of the Greek Super League took place on Tuesday. Photo: APE/MPE

The draw of Greek Super League 1, as it will be henceforth be known, for the 2019/20 season took place on Tuesday afternoon in Greece and the participating teams marked the spots on their calendar.

Beginning on the penultimate weekend of August (24-25-26), the League leaves out all big games on its inaugural round as the teams that took the top five spots of the table in the previous competitions will start at home.

One interesting factor to come out of the draw was that the big games will be split apart from each other and not held on the same days as in previous seasons.

Interest in the Super League will spike from as early as day four, when Aris will be forced to prove their mettle against a renewed Panathinaikos.

One week later, there’s the double clash of the eternal rivals (and the only instance of two big games being held on the same round in the calendar), as Panathinaikos host Olympiacos and PAOK faces Aris.

On day five the champions will be put to the test against AEK at the Olympic Stadium, while on day six Aris will host Olympiacos at Kleanthis Vikelidis.

The red-and-whites will then face AEK one week later at Georgios Karaiskakis. Panathinaikos will then be forced to deal with back-to-back derbies, as they travel to Thessaloniki to face PAOK on day nine, then one week later they play AEK in the Athenian rivalry.

On day 11 it’s the game between the yellow-and-blacks of south and north as AEK host Aris, while the last big games on the calendar are on match day 12, when Olympiacos will welcome PAOK in a clash between last season’s first and second placed teams.

The regular season of Super League 1 is scheduled to end on the first day of March 2020, with the play-offs for positions 1-6 starting one week later and going all the way to 17 May.