A loving tribute to Nikolaos Tsiaskas Nikolaos Tsiaskas in 1973 with his brother-in-law Dionisios Kontonis playing the accordion. Photos: Supplied

My earliest recollection of life is sitting on my grandmother’s porch at pre-school age, working my way through the Grade 1 music book, playing my tiny red accordion that was bigger than me.

I quickly realised that music was a big part of my father’s life and as the years went by I saw how inextricably enmeshed he was in the Greek community, firstly by teaching music to the children of Greek immigrants and later by being a member of two Greek choirs.

My father Nikolaos Tsiaskas was born in Sidirokastro, Serres on 15 December 1931. He grew up in the heavy presence of Bulgarians in his village during the triple occupation of Greece by the Axis Powers. His family owned fields of fruit, principally γιαρμαδες, pears and other fruit. He would go to other villages with his father selling fruit at festivals. He also sold fruit and παστελια with his father to the Bulgarians at the old train station (το παλιο σταθμο) but unfortunately he lost his father when he was still young. Music played a part in his life at an early age. He would play the harmonica where the Bulgarians gathered and in appreciation they would give him some bread or a few coins.

Nikolaos voluntarily started his national service at the younger age of 16 and during his service worked as a mechanic on the army vehicles. When he finished his service he then went to Athens to follow his dream of music. He was accepted into the Athens Conservatoire (ΩΔΕΙΟΝ ΑΘΗΝΩΝ) to study music where he completed his qualification and this is something he was always very proud of. Towards the end of his life when he started reminiscing his earlier years, he would often tell us how long they’d had to study theory before being allowed to start playing the musical instruments.

In 1959 he arrived in Australia on the Montserrat for the anticipated ‘better life’ and as many others did before and after him, he settled in Port Melbourne where he disembarked. In the first few years he worked at General Motors Holden and then moved to Toyota which was then called the ‘Standard Company’, where the rest of the family also worked.

In 1962 he married his wife Dimitra Kontoni, in the ensuing years the main focus of their lives was sponsoring his mother, brother and Dimitra’s family to come to Australia so they could have an extended family unit and support once again. In the meantime my brother Petros and I (Maria) were born so they also arrived to a small family waiting for them.

In 1963 he started playing in a band and he played in a number of different bands during the next 20 years, entertaining the Greek community at weddings, christenings and community dances.

In the early 1960’s Nick started giving private music lessons on the accordion and guitar and his number of students kept growing. Before I was old enough to sit music exams, I remember the annual gathering of all his students in a large hall where students of different grades would be grouped accordingly to sit their Australian Music Academy exams.

By the late 1980’s dad retired from teaching and started a new phase in his life which was dedicated to singing in the choir for the next three decades. He started as a member of the Greek Australian Choir and later joined the Florinian Choir of which he was a member till 2013 when he retired due to ill health. 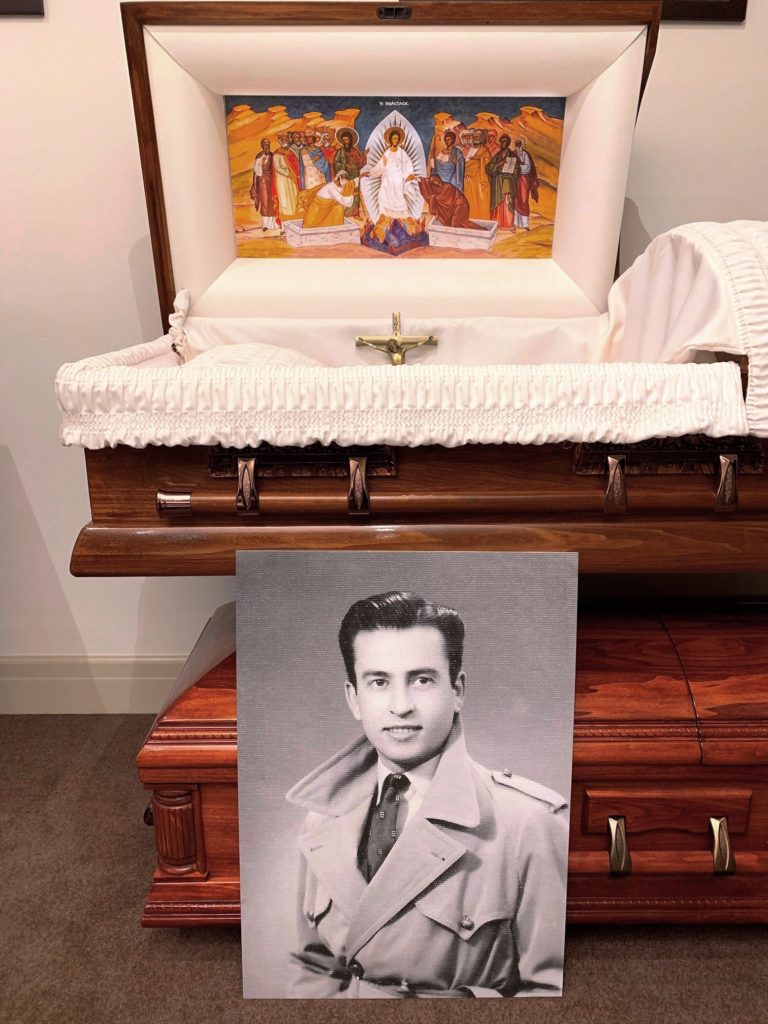 Like many others of his era, my father had a difficult early life but created his own destiny by coming to Australia, building a new life, a new family and a successful career. He was proud of his heritage and did all he could to not only keep it alive but promote and celebrate it in Australia.

We all think our parents will be with us forever because we don’t want to think of life without them and regardless of their age, it’s always too soon when we finally lose them.

I’m glad that over the course of his life, by being an active member of the Greek community, he touched the life of many people and contributed to many celebrations through his music.

He was always there to support me and I know he loved me dearly, just as I loved him.

For the last 28 years my husband Chris Stamelos has honoured the families and respected the ‘departing’ Greek immigrants who have left this life for the afterlife and it’s time that we had a casket that celebrates our Orthodox religion.

I’m grateful that in my current line of work as a funeral director with my husband Chris Stamelos, I’m in a privileged position to be able to create something special for my father. To honour him we’ve created a casket that for the first time ever is specifically Greek Orthodox. An image of The Anastasi takes pride of place on the inside of coffin lid, representing the Orthodox belief of resurrection to everlasting life.

It’s only fitting that this new casket will be seen for the first time at my father’s funeral but thereafter will be available to all our family clients of Victoria Funerals.

To my darling father I say thank you, I love you, farewell and καλο παραδεισο. Your loving daughter, Maria Stamelos.

The funeral for Nikolaos Tsiaskas will take place on Friday 19 July at St Eustathios (221 Dorcas St, South Melbourne VIC) at 10.00 am. The viewing will be held at Victoria Funerals on Thursday 18 July at 7.00 pm. 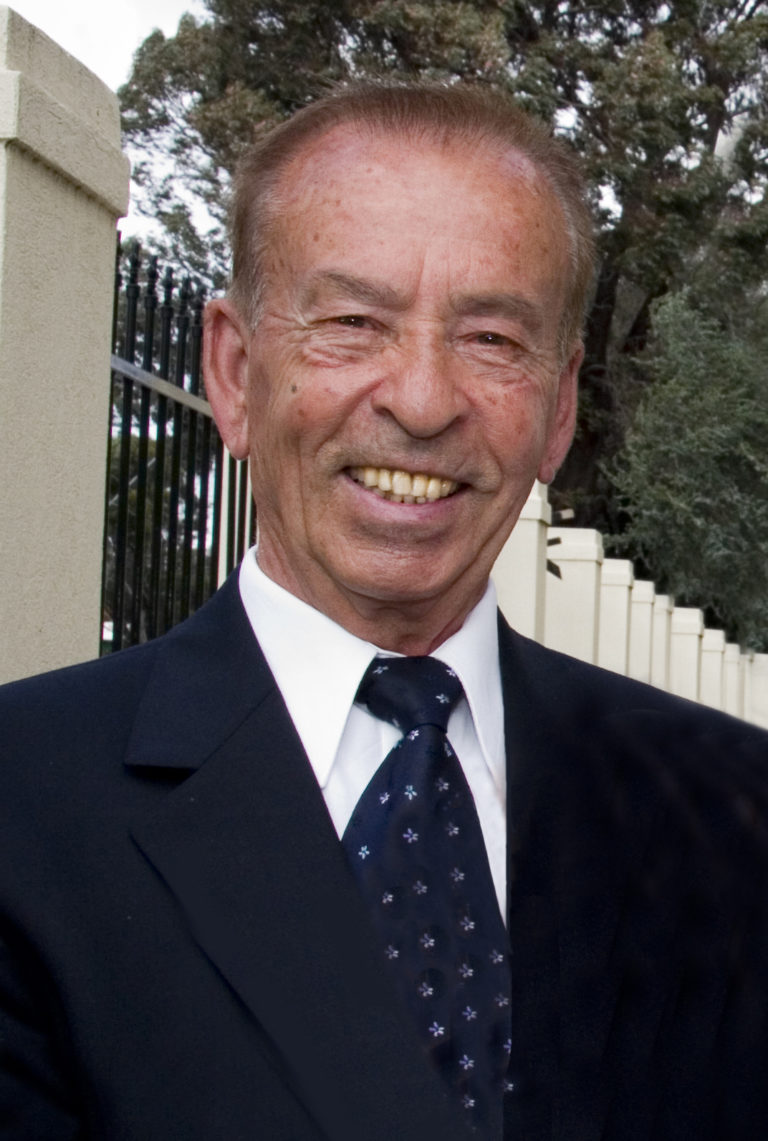