Web Words: Reader opinions on the Church and the dress code 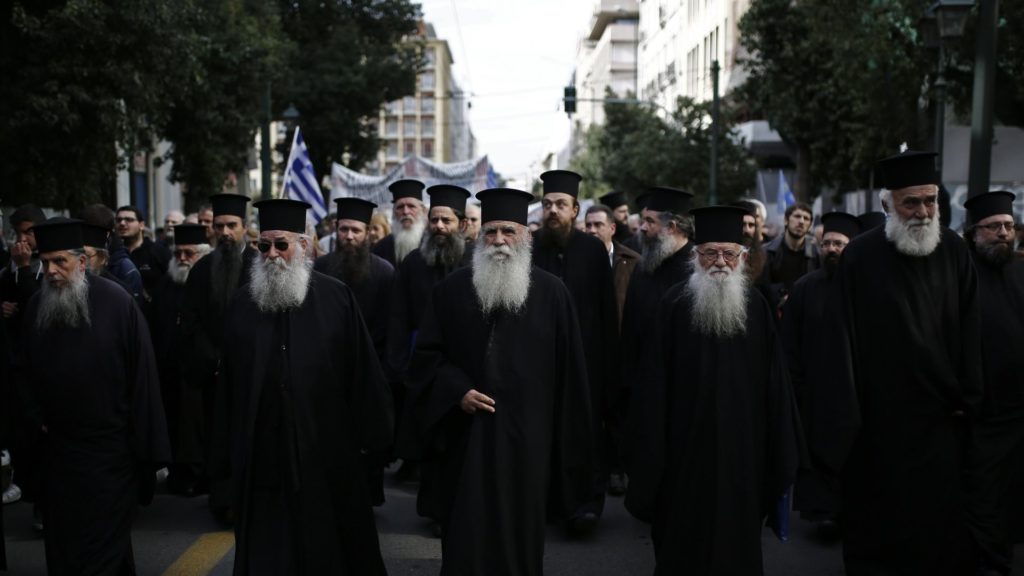 An article on the Church, attire and the need for ecclesiastical reinvigoration drew many reader comments on social media.

READ ARTICLE: The Word of God is one – but its delivery also matters

Maree Asimakopoulos We shouldn’t go to church we should be the church.

Roula Angelopoulos Are you sure the attendance is low because people are “too busy”, and or “not interested in Christ”…? Or is it due to the Rigid Old Ways of the institution, hence new generation can’t relate to the church anymore so not making time for it…?

Paris MitSiakis Roula Angelopoulos, the Church has had the same Canons, doctrines and so forth for over 2000 years my dear. In Africa Orthodoxy is thriving…Orthodoxy is growing in numbers worldwide…so answer to your question is that people will only relate to what is “new age” to them, and do not like tradition. They want a Church that fits in with their ideal and not a Church that was founded on the sacrifice of our Lord. The Bible and Orthodoxy might be 2000 years old, but everything in its context still resonates with us today.

Christine Gazepis Stavropoulos Paris MitSiakis, no one is disputing the words of Christ. The point of this article is that the church has deviated from the pure essence of what Christ represents and has added its own contrived dogmas and personal value system. The world has changed in 2000 years. The church will lose its flock if it doesn’t also adapt in some way. Are you so blinded by dogma that you also agree that suicide is a sin rather a result of mental illness?

PanaYiotis Mountzouris Back in the day when I used to go it was full on! Greek fashion week. Not that I cared how or what people wore but a lot were quick to judge others on what should be worn.

Yvette Markakis Fr Demos at St Albans thanks anyone who comes to church, what they wear is irrelevant. People’s lives are busy, making time to hear the words of the Lord, is far more important than nose rings, ripped jeans and sandals. My experience whilst a child was one very different. A different priest would not kinonisi my brother because he had his ear pierced, and I wasn’t allowed either as I was wearing pants not a skirt. I was 8 my brother was 7.

Johnny Daywalker No ripped jeans. One must have full respect when in the house of God.

Alecka Alexandra God and Jesus don’t judge your clothing or appearance. In my opinion, priests should not be judging but should be accepting. I can pray anywhere I wish, doesn’t mean it can only be at churches. The only people I confess to is our Lord and myself.

Athanasios Nicholas Golois More Neos Kosmos left wing ideology; why am I not surprised. I think they miss the whole dressing yourself with respect when you are in a place of worship in the house of god BUT HEY new world right??

Ιωάννης Ρούμπος There was an Orthodox saint (I can’t remember his name) who said if we change the church so people will attend, then there’ll be nothing there when they do attend.

Dora Argy One can walk in wearing an Armani suit and be the most disrespectful hypocrite in the world and another can walk in with ripped clothes either by fashion choice or situation and be the most humblest. Judging a person by their exterior is what’s wrong with this world. A true person of God won’t care. It is up to us to choose what we feel is appropriate because faith is internal.

Toula Passos If you were invited to meet the Queen what would you wear? When you go to church you stand in front of Christ our King and God. So shouldn’t we dress appropriately?

Anastasios Stamatiou Toula Passos, you’re comparing the queen to Christ? Seriously? Christ was simple. He represents love and forgiveness, amongst others. Does the queen represent this? Christ would care for you to approach with love and all that was his teachings… not what you wear!

Maria Zed I don’t think God will judge my appearance. Having said that, bit of respect to look smart casual is enough. I’m not homeless so I don’t dress like I am.

John Tzimas So many contradictions everywhere when it comes to our faith. The above discussion only seems to be an issue here in Australia where what one looks like is more important that the reason why people attend Church. A couple of years ago I was in Greece for Easter with my mum who was trying to get me to church and stated, with some excitement, “you can come in – people here wear shorts, trackies and thongs.” – Obviously the standards in Greece have moved on.

Joy Ellinida The clergy should look at the way dress,act etc. It’s quite a lavish life they live. All that gold and Jeep Cherokees. They look more like they belong in a PuffDaddy video clip.

Ilias Bougias And in NK’s next feature article, we’ll learn how we should follow in the footsteps of some Anglo Churches like the Uniting and ignore the Sacraments and allow LGBTQI people to marry in our Churches.