Cannons set their sights on Avondale 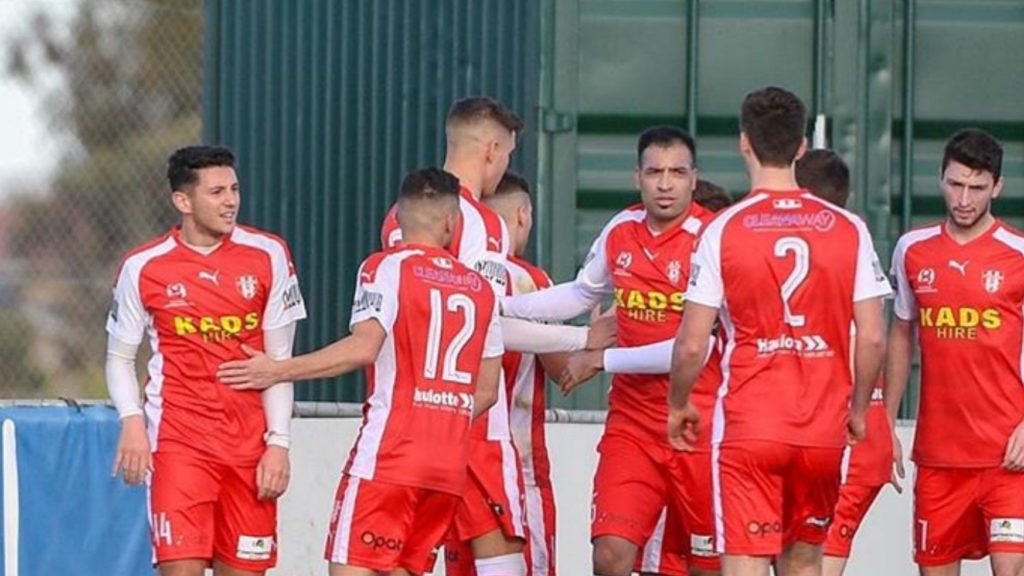 There’s plenty at stake in every game of the NPL Round 23 this weekend. One match that will probably attract more interest than most is the Saturday evening match at Jack Edwards Reserve when Oakleigh Cannons host league leaders Avondale, the result of which could have a bearing on the race for the premiership and the race to secure a spot in the top six. But more of that later.

Kingston City’s battle for survival took a turn for the worse last week when it lost 5-2 away to Green Gully despite leading 2-1 at half time courtesy of a Damian Iaconis brace. However Gully sharpshooter Alex Salmon shot down Kingston’s hopes of a positive result by firing a second half hat trick.

This week, Kingston’s battle for survival continued with a Friday night local Greek derby away to Bentleigh Greens. The Greens too slipped last week, relinquishing second spot on the table to fierce rivals Heidelberg United after suffering a 3-0 home defeat at the hands of Bergers. That win revived the Berger’s hopes of challenging league leader Avondale United for top spot on the table. In Rd 23, the Bergers were to face another tough challenge on the road away on Friday to in-form Dandenong City, a team laden with former A-League veterans.

The Berger’s chances of overtaking Avondale in the premiership race will increase dramatically if Oakleigh Cannons can manage to take points off the league leader in their Saturday evening clash at Jack Edwards Reserve.
Last week the Cannons extended its unbeaten run to 11 games, when Englishman Joe Guest scored a second half equalizer in the 1-1 home draw to Port Melbourne Sharks. But despite the excellent unbeaten run, the Cannons still have plenty to do to secure their spot in the top six for the finals. Breathing down its neck, just outside the top six, are Melbourne Knights and Port Melbourne Sharks.

The Sharks host Altona Magic on Saturday with just one point separating both sides. It will be a tough battle with both teams desperate for
the win to stay in finals contention. The Sharks face a challenging run home with matches against Heidelberg United, Bentleigh Greens and Dandenong City to follow.

South Melbourne’s ordinary recent form has yielded just one win and three goals in its last six matches, putting it out of finals contention this season. In fact, South Melbourne has the lowest goal tally of all the NPL clubs and together with NPL 2 club Springvale White Eagles, it is the only NPL or NPL 2 club which averages less than a goal a game this season. How South fans must wish they had a striker of the calibre of Brandon Barnes at their services. The Thunder sharpshooter will be threatening South’s defence in Sunday’s fixture between the two teams at Lakeside. A point to South should allay any lingering relegation fears amongst its fans, but it won’t be easy against a 12th placed Thunder side caught up in a desperate relegation battle.

In NPL 2 East action at the Veneto club on Monday night, Northcote City faces Bulleen Lions in a match crucial for both teams’ chances
of finishing in second spot. Third placed City trails Bulleen by just three points, with a game in hand, as both teams vie for the all-important second spot on the table behind league leaders Eastern Lions. Northcote City fans will be hoping their team can take advantage of any possible weariness on the part of their opponents Bulleen Lions, who are recovering from a midweek FFA Cup loss to Moreland Zebras which went to extra time.