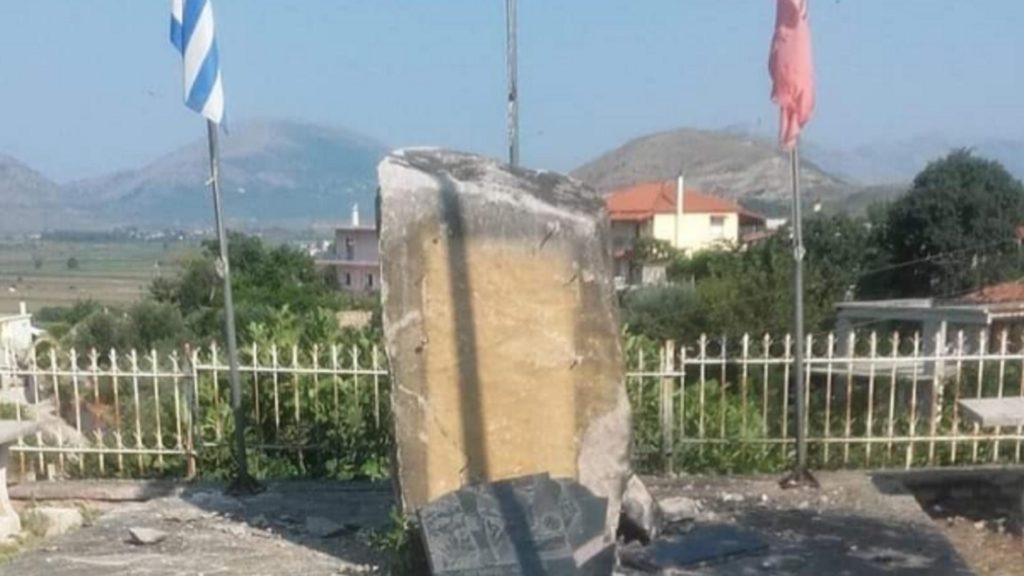 The Panepirotic Federation of Australia condemns the recent dynamiting of the monument erected in the Greek minority village of Krania to honour Thymios Liolis, an ethnic Greek who fought in the Balkan Wars for the liberation of Macedonia and for the autonomy of Northern Epirus.

The village was rocked by the sound of explosions on Wednesday, 24 July, with ultra-nationalist, irredentist Albanian groups suspected of the attack.

The word “Çamëria,” which is the Albanian word for Thesprotia in Greece, was found spray painted across the fragments of the monument, referring to Albanian irredentist claims over north western Greece.

The historical personage of Thymios Liolis has been the subject of protracted hate campaigns in the Albanian media of late, with documentaries being screened accusing the native Greek minority of the region of being disloyal by honouring the memory of Thymios Liolis, considered a traitor in Albanian nationalistic circles, for his advocacy of the rights of the native ethnic Greeks in the region.

The monument to Thymios Liolis in Krania has been vandalised several times in the past. The Foreign Ministry of Greece has expressed its disgust at the act of vandalism, calling upon the Albanian government to apprehend the perpetrators and bring them to justice, and to restore a sense of security in the part of the country inhabited by native ethnic Greeks.

The Panepirotic Federation of Australia has also condemned the crime, stating that acts of this nature are not commensurate with a civil developed society, or Albania’s projected membership of the European Union. We are calling upon the Albanian government to respect the human rights of the Greeks of Northern Epirus and to take steps to guarantee their security from racist attacks.

Dean Kalimniou,
Secretary of the Panhellenic Federation of Australia