Chronicling the diaspora’s stories: a tribute to Helen Nickas and Owl Publishing A few months ago, my dear friend and colleague Helen Nickas quietly informed me that she was officially wrapping up her publishing house, Owl Publishing. Although I knew that she wanted to spend more time with her beloved husband George, as well as with her children and grandchildren, and that she had most certainly earned the right to a more peaceful retirement, I couldn’t help but feel a tinge of sadness.

The cessation of Owl Publishing signifies the end of an era. If we can, indeed, talk of a canon of Greek Australian literature, then the plethora of publications – 41 to be exact – that emanated from this extraordinarily fruitful enterprise, have been influential in defining and informing it.

It is my fervent hope that this tribute serves as an instigator for further interest and focus by researchers and others interested in our Greek Australian community’s literary activity. To that end, I would like to draw readers’ attention at the outset to Owl Publishing’s comprehensive website that not only gives a list of publications, but an informative consideration of each one, as well as much other information. For now, I would like to pay tribute to this enterprise through an overview of its activities. Let’s go back to the beginning.

In June of 1992 I was invited by Helen Nickas to her book launch of Migrant Daughters: The Female Voice in Greek-Australian Prose Fiction which focused on Dina Amanatides, Zeny Giles, Antigone Kefala and Vasso Kalamaras through critical analyses and interviews with the writers themselves. Because it was important to Nickas to publish this manuscript sooner rather than later, she did what many immigrant writers had done before her – she published it herself. However, given her recent permanent university appointment and the security of a solid income, she decided to go one step further and actually set up a viable publishing company. And so, in that same year, Owl Publishing was formally established.

In its 27-year history, it has produced just over 40 books. It is important to note that the manuscripts chosen for print were always subject to review by an advisory board, whose recommendations informed Nickas’ final decision. All the associated costs, from inception to final product, were assumed by Owl Publishing. In the early days, the vast majority of writers published were first-generation writers; the second-generation writers were primarily included collectively via anthologies. What characterised every single publication – from the first to the very last – was that of meticulous editing, quality paper, and a beautifully designed and visually striking cover. The range of titles, given that this is a small publishing enterprise, is remarkable: literary studies, poetry, prose fiction, plays, anthologies, memoirs and chapbooks.

Following on from Migrant Daughters, the next project, in 1993 was a poetry collection in the Greek language by Hermione Vassiliou entitled Thealle. 1994 was a particularly productive year. Dimitris Tsaloumas had won a number of prestigious mainstream literary awards when Nickas had the idea of producing a recording of him reading his own poems: Dimitris Tsaloumas reads a selection of his poems in Greek and English (2 cassettes and book). This sold out very quickly and I would suspect is now a collector’s edition.
However, 1994 will always resonate with me for the other publication of that year. Buoyed by the conference at RMIT on Greek-Australian Women Writers that I had just convened and the recent publication of Nickas’ Migrant Daughters, we decided to collaborate on an anthology of Greek Australian women’s poetry and prose. We actually began the process of so doing in 1992, just after our respective ‘productions’ in this field and found that – rather than a paucity of material as we had been forewarned would be the case – we had an abundance of literary works. For many women writers, our anthology was their first experience of publication anywhere, and for others still, it represented the first time they had dared to call themselves a writer. The whole process of researching, editing and translating was, thereby, immensely gratifying.

Two publications also emerged from 1995: To Taxidi, the Collected Poems (in Greek) of Dimitris Tsloumas; and a bilingual edition of the ‘tale for advanced children’, Alexia by Antigone Kefala, translated into Greek and with an introduction by Nickas. 1998 saw the publication of a significant collaboration, Allochthona Topia edited by Nickas and Stephanos Konstandinidis, the latter an academic from Canada, the director of the Centre of Hellenic Studies and Research.

This busy decade was brought to an impressive close with a second offering within the realm of literary criticism: Dimitris Tsaloumas, a voluntary exile. Edited and with an introduction by Nickas, it consisted of selected essays, reviews and interviews by academics from throughout Australia, Greece, Great Britain and America. The growing number of titles published gradually led to the formation of the umbrella framework, Writing the Greek Diaspora. It also resulted in recognition in the wider Australian community through positive reviews and inclusion in mainstream literary festivals.

RELATED ARTICLE: What does the future hold for ethnic literature?

If the 1990s represented a decade of impressive output, Owl Publishing engaged in the production of an even greater number of titles in the new millennium. There was, in 2000, a bilingual selection of the poetry of Antigone Kefala under the title, Poems. Diforos Karpos, published in 2001, entailed 40 poems originally written in English by Dimitris Tsaloumas translated by the poet himself into Greek. This was followed by the publication of a play by Vasso Kalamaras, Olympias: Mother of Alexander the Great (in separate English and Greek editions). Antigone Kefala’s novella The Island came out in trilingual form in 2002, the English text accompanied by a translation into French by Marie Gaulis and into Greek by Nickas who also graced this beautiful publication with a fine introduction. As she had done in 2000 with Antigone Kefala, Nickas decided to showcase the life-long unfolding talents of another first generation Greek Australian woman poet, Yota Krili through a ‘collected works’ edition in 2003 entitled, Triptych. Two highly idiosyncratic publications appeared in 2005. The first of these was a collection of stories by avant-garde Greek Australian prose writer Dimitris Tzoumacas, Merry Sydney, translated into English by Sydney academic Alfred Vincent. The second was The Bird, the Belltower by widely acclaimed photomonteur and poet, Peter Lyssiotis. The text is bilingual, the original English poems translated into Greek by Dimitris Vardoulakis, and is accompanied by a series of original photographic images.

A significant turning point was encapsulated in the anthology, Mothers from the Edge published in 2006 and comprising 28 prose pieces by women writers in Australia who have a Greek background or some sort of Greek connection. It was produced in English only, the Greek translation – by Nickas – of selected stories appearing the following year in a separate edition. Mothers from the Edge was very different to any other publication that had preceded it. It entailed original stories commissioned especially for it, all the pieces were in English and the overriding mood was that of an ecumenical sisterhood providing the conceptual embrace.

Owl Publishing’s ever-productive association with Antigone Kefala was again revisited with the publication of a visually gorgeous book, Max: the confessions of a cat in 2009. That same year Nickas published her own memoir, in English, entitled Athina and Her Daughters; her own translation into Greek of this important chronicle of the war years in Greece and the post-war migration years in Australia, appearing a few years later.

2011 onward saw numerous voluminous publications materialise: my translation of Dina Amanatides’ selected poems, Dreams of Clay, Drops of Dew; a collection of short stories by Vasso Kalamaras entitled Expatriates: Contemporary Australian Tales; in 2015 Nickas and Vrasidas Karalis edited Antigone Kefala, a writer’s journey, that entailed a selection of interviews, reviews and essays on the life and works of Antigone Kefala; George Mouratides’ translation of Nikos Nomikos’ collection, Noted Transparencies. Fathers from the Edge, a companion piece to Mother’s from the Edge, published in 2015 comprised commissioned prose pieces about the relationship between the writers and their fathers. As I state in my doctoral research, this anthology is a highly significant collective text: although these fathers were governed by the patriarchal codes of the times, these stories lift them out of the usual two-dimensional stereotype and place them within a three-dimensional framework. 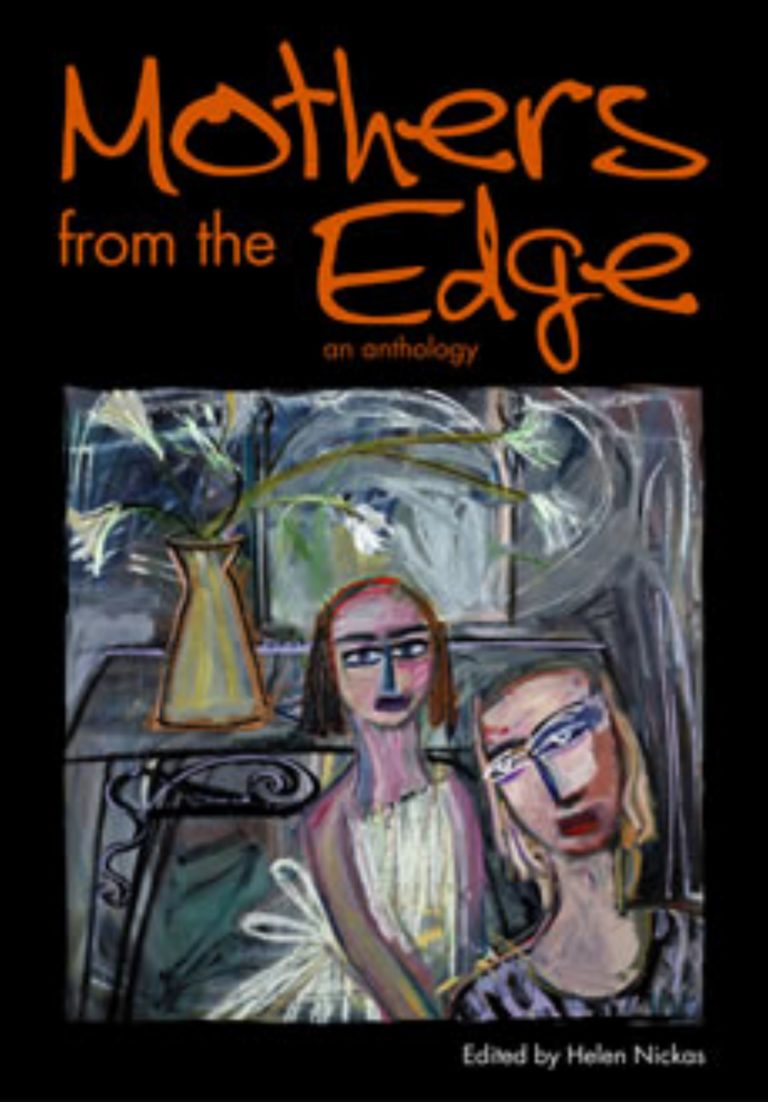 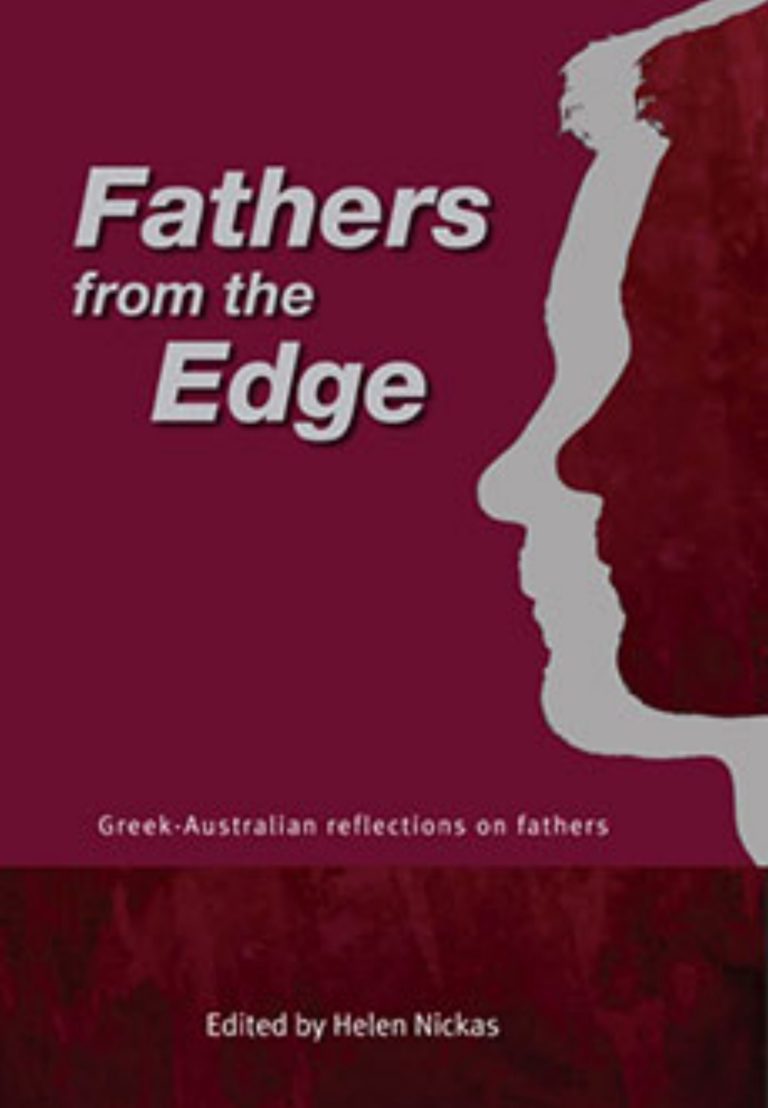 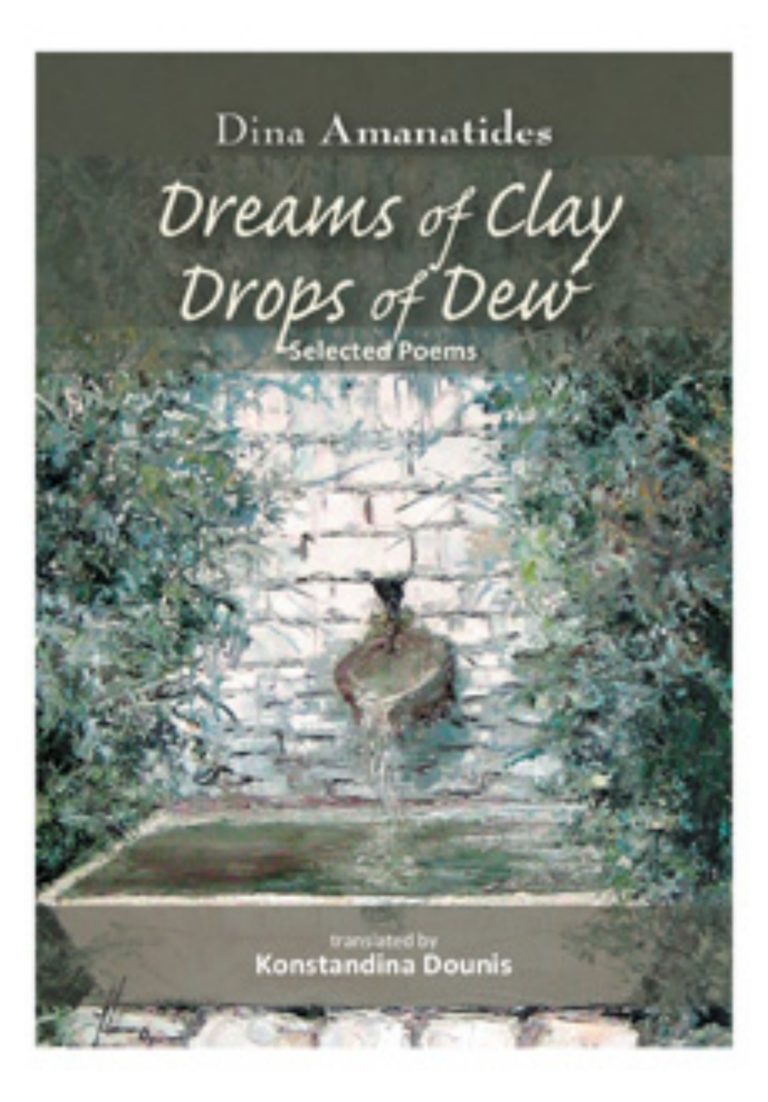 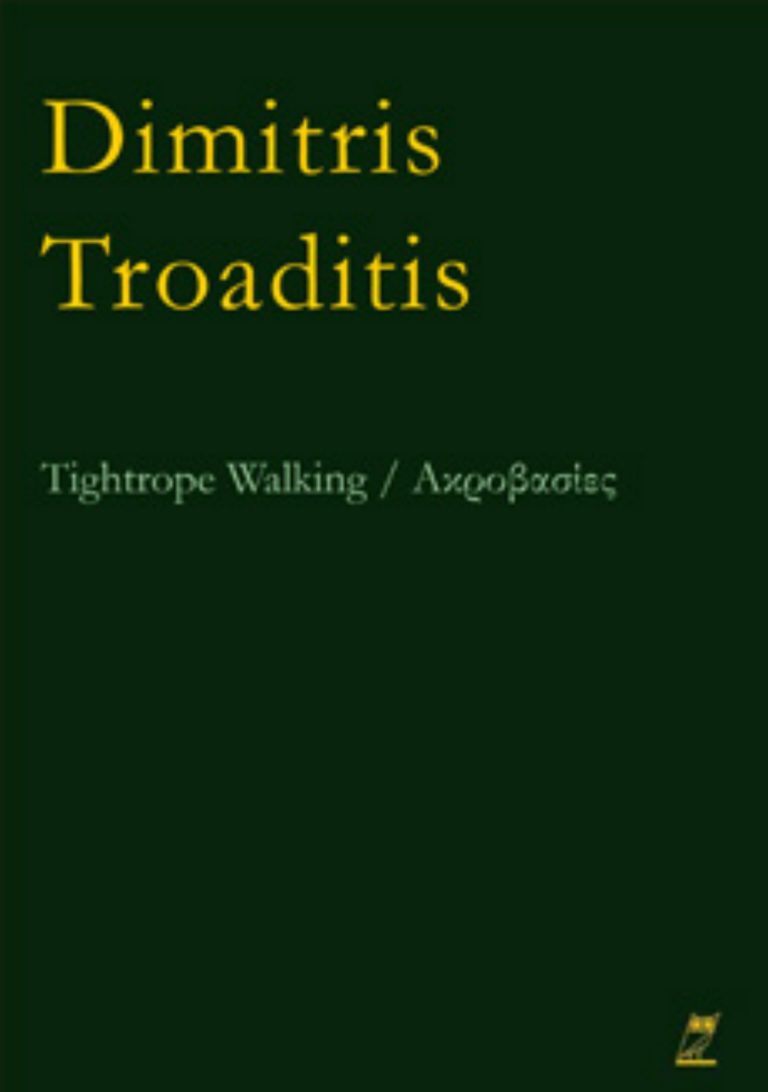 When all is said and done, I not only admire Helen Nickas for the superb small press that she so ably ran for nearly 30 years – I also feel indebted to her for another very personal reason. For you see, I was one of the writers commissioned to write a story for the anthology, Mothers from the Edge, and then, later on, for Fathers from the Edge. Thanks to Owl Publishing, we – the writers fortunate enough to have been given this rarified opportunity – engaged in a creative process that was cathartic and that granted us the opportunity to document our experiences as a lasting legacy.

In her introduction to Mothers from the Edge, Nickas wrote that she perceived all the writers in her anthology as her ‘guests’. In the Greek tradition, as passed down by our parents, it is absolutely vital to receive a gracious host into your own home in return. It has been such a pleasure to have Helen Nickas as my guest, this time, within the parameters of this heartfelt tribute.

It is my hope that I, in turn, have been as gracious a host as she was.

* Dr Konstandina Dounis is a cultural historian and literary translator with a particular interest in immigrant stories and their impact on the Australian literary canon. She is a member of the Faculty of Education at Monash University. Her email is konstandina.dounis@monash.edu

Her research can be found at https://research.monash.edu/en/persons/konstandina-dounis