Thursday marked a historic day for the Greek Orthodox Church of Australia, with the scheduled meeting of His Eminence Archbishop Makarios and Prime Minister Scott Morrison for the first time.

The meeting took place at the  Commonwealth Parliament Offices in Sydney, where the PM welcomed the Archbishop on behalf of the people of Australia.

“As I have made known to you by letter, Australia is very lucky to have you as Archbishop of the Orthodox Church. We have been following your journey to Australia and today we congratulate and welcome you to our shores. We thank you for being with us and offer our support as you begin your new life in Australia,” Mr Morrison said.

Archbishop Makarios shared the sentiment, expressing his gratitude for his new home, Australia.

“I feel very blessed to have God lead my footsteps towards this beautiful country of yours. I thank you deeply on behalf of the Ecumenical Patriarchate, the Greek Orthodox Archdiocese and Greek Australian community for all that you have provided the Greeks of Australia till today. As Orthodox and as Greeks we will remain witnesses of peace, unity and love in this blessed continent called Australia,” he said, and gifted the PM an icon of Christ as a memento.

Also in attendance at the meeting were the Archbishop’s Private Secretary Archimandrite Kyrillos (Zisis), Personal Deacons Stephanos Tinikashvili and Athinagoras Karakonstantakis, along with Paul Nicolaou, Director of the Australian Chamber of Commerce and Industry. 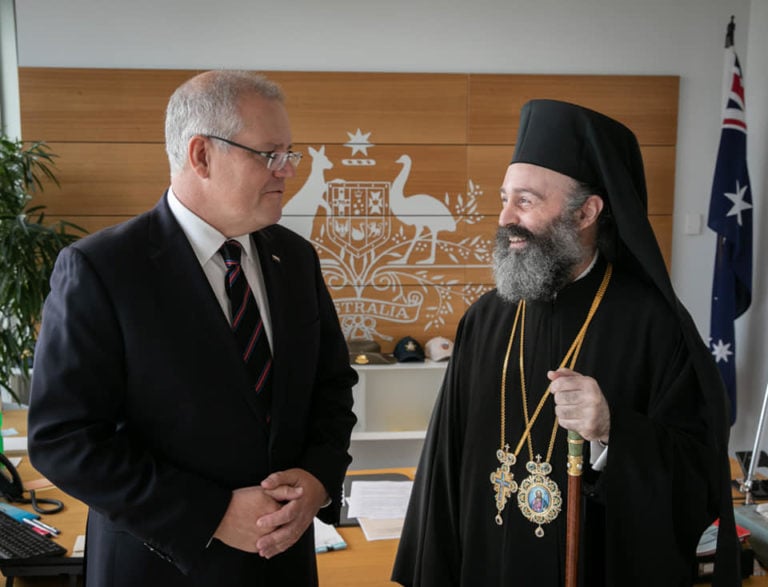 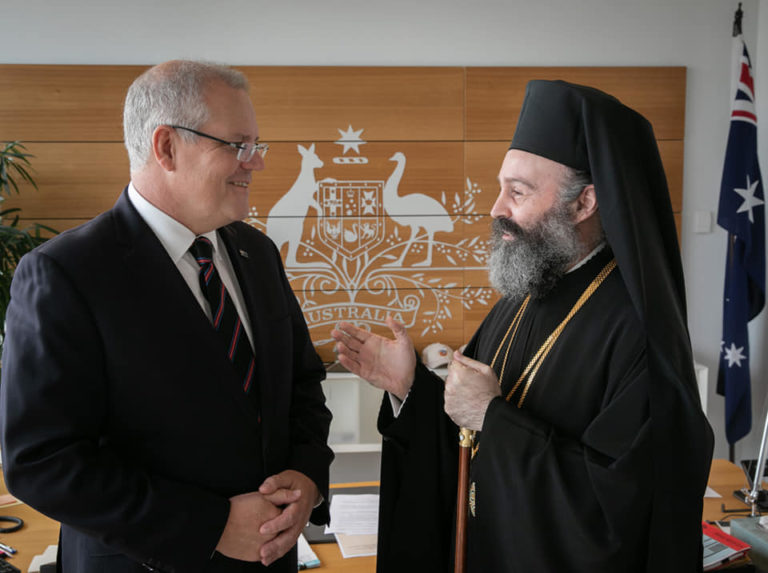 Over the course of 40 minutes, Archbishop Makarios and the PM discussed a number of matters, among them religious freedom. They also spoke about the re-opening of the School of Halki of the Ecumenical Patriarchate, and the close ties Australia has fostered with Greece over the years.

The Archbishop also took the opportunity to express his vision for the Greek Orthodox Church of Australia, to embrace all different demographics of the Greek Australian community to promote and facilitate a dialogue with other Christian denominations, as well as other faiths for the common good of Australia.