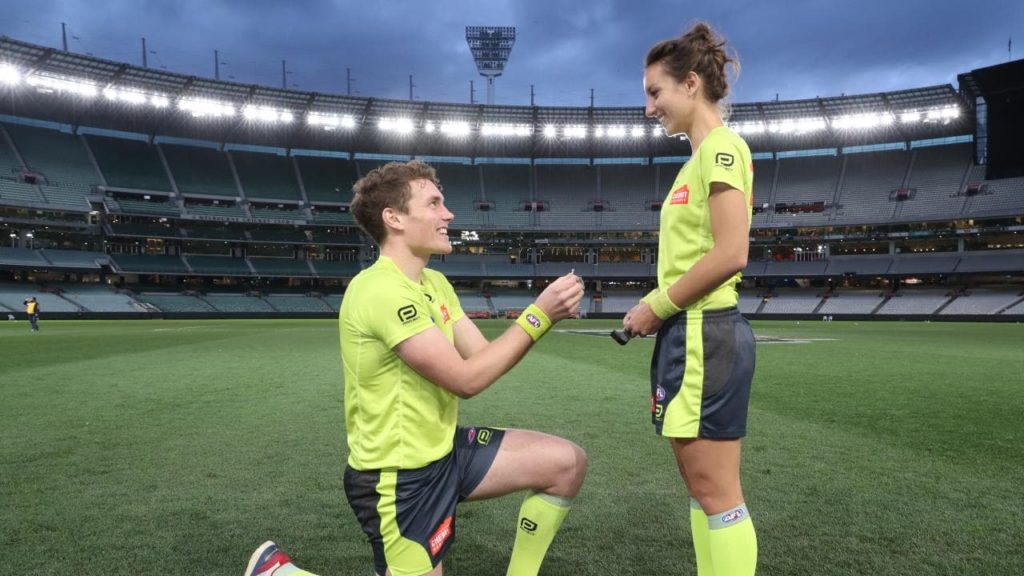 Saturday’s game at the MCG between Carlton and Adelaide will forever be remembered by umpire Eleni Glouftsis.

Following Carlton’s win, her partner, and fellow umpire Dillon Tee got down on one knee in the middle of the MCG and proposed to the Greek Australian, to which Glouftsis said yes.

Boundary umpire Dillon Tee proposes to Eleni Glouftsis in the middle of the MCG.

The AFL’s first female field umpire, Glouftsis was officiated in a 2016 NAB Challenge match between Carlton and Essendon. She went on to make her debut in 2017, age 25, in a home-and-away match in Round 9, officiating a clash between Essendon and West Coast.

From South Australia, Glouftsis was named 2019 SA Young Australian of the Year.