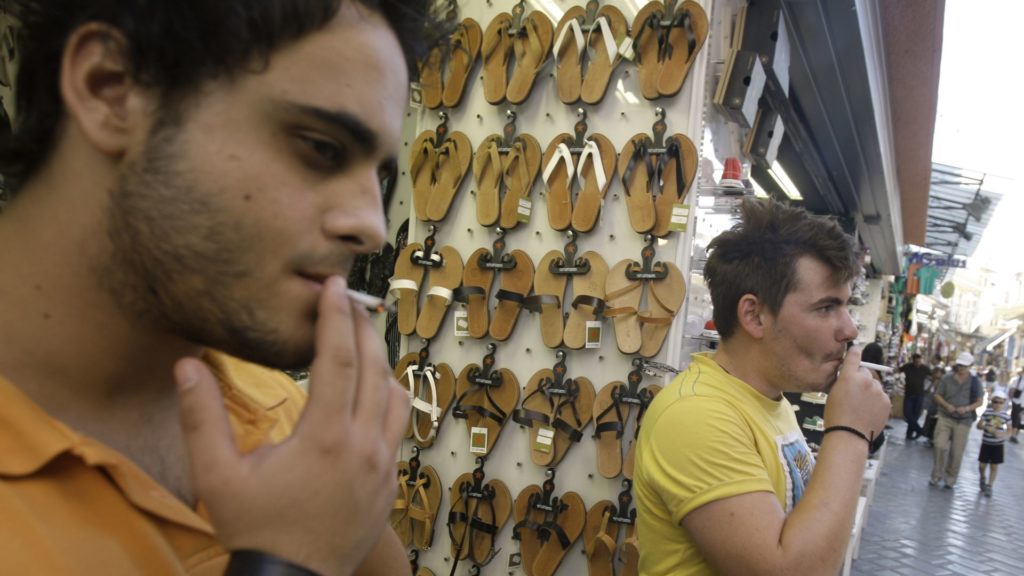 Employees take a brief break for a cigarette outside the entrance to a shoe shop in Monastiraki, Athens. A new comprehensive ban on smoking in all indoor public places including bars and restaurants came into effect, after past drives proved ineffective. Photo: AP/Petros Giannakouris

Regional authorities across Greece received a memo with detailed instructions on the strict implementation of the much awaited smoking ban in all indoor public areas. The measure formally went into force over a decade ago but has not been properly implemented by establishment owners or their clientele.

Greece has among the highest smoking rates among developed nations around the world and Greeks have been unwilling to abide by that specific law.

Greek Health Minister Vassilis Kikilias, reportedly sent the memo as a reminder to authorities that New Democracy intends to impose the law, putting harsh repercussions into effect for offenders.

According to the letter, Greece’s newly elected center-right government sees eliminating smoking in public indoor areas as a priority and it will be enlisting the services of the police to ensure that the ban is upheld.

It also bans smoking in vehicles, whether public or private, when there are children under the age of 12 in the car.