George Calombaris tells the ABC that he is “sorry”. Photo: YouTube

Celebrity chef George Calombaris did not respond to Neos Kosmos’ requests for an interview following the wage theft scandal where he underpaid his staff by almost $8 million. He told ABC host Leigh Sales that he takes “full responsibility” for the wage error which he attributed to back-office mistakes and his own inexperience, while also remembering the afternoon of 2018 when he and his business partners first became aware of the underpayments after a full audit of the accounts. “I’m sorry,” he said.

His restaurants and food brands company, MAdE Establishment, have repaid the money owed to current and former employees, however he was recently fined $200,000 by the Fair Work Ombudsman and has been crucified by unionists and other critics who started petitions to have him removed as from his role as MasterChef judge.

Calombaris told the ABC that his own inexperience was to blame for the error. “The thing about 13 years ago, you’re a young chef, 26 years of age, you want to open your first restaurant, you get together with three other partners at that point, and you open the first one, then the second one opens, the third one, the creativity is flying, the ideas are flying, the dreaming is there,” he said in an interview that will be aired on the ABC at 7.30pm on Wednesday. “But the sophistication in the back end wasn’t there.”

READ MORE: Calombaris will not be returning to MasterChef in 2020, and neither will his co-judges 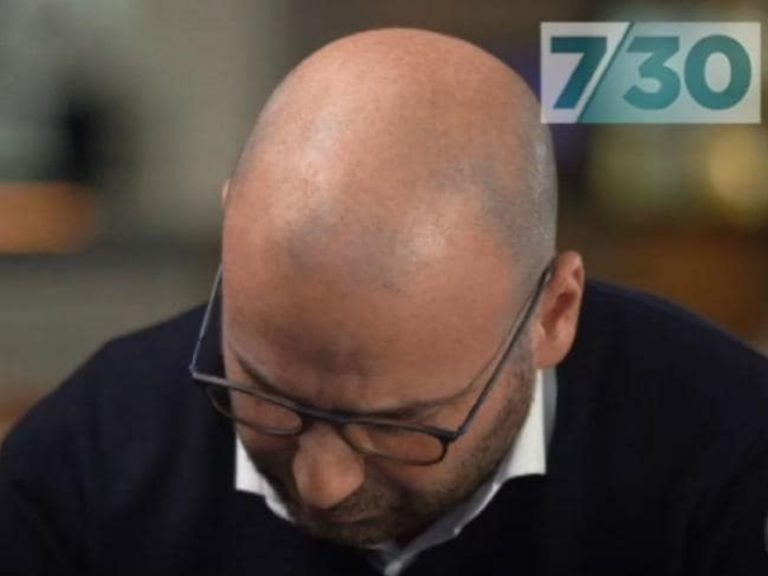 He explained that the errors were made at a time when there was no “elite finance team” balancing the books. He added that these structures have since been put in place.

His interview is the first public appearance since the wage scandal a week after he was cut from the Tourism WA campaign and the announcement that he wouldn’t return as a judge on MasterChef next year, along with fellow judges Matt Preston and Gary Mehigan.

“I’m sorry!” he says, adding the 40-year-old who failed to hold back his tears, confessing that the intense public scrutiny has taken a heavy toll on his mental health.