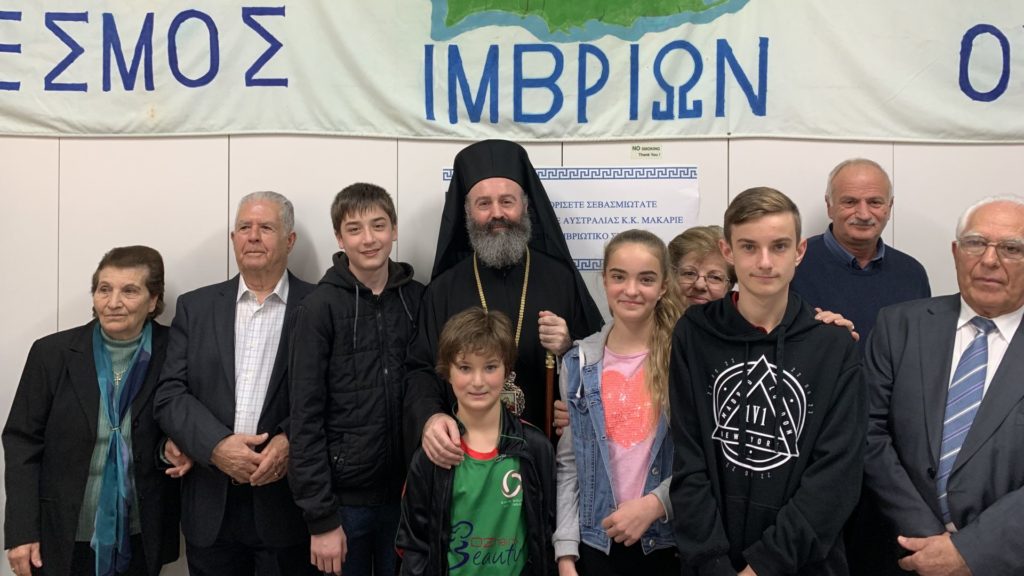 Imbriots welcomed the Archbishop to their society in Revesby.

The Imbriot community of Sydney welcomed Archbishop Makarios of Australia to Imvros Benevolent Society of NSW in Revesby.

Imbriot President Nikolaos Madouris and other Imbriots dined with the new archbishop, who addressed the group with stories of Greek Orthodox Patriarch Bartholomew’s efforts – as an Imbriot himself – to improve the situation for the island that had been inhabited by ethnic Greeks from antiquity until approximately the 1960s when many emigrated to other countries following a Turkish state-sponsored campaign of discrimination.

These days, the diaspora from the island numbers 15,000, while only 300 mainly elderly Imbriots still live on the island.

The primate spoke with nostalgia of his trip to the island in May 2017, when he accompanied Patriarch Bartholomew, and he spoke with great respect and admiration for a number of Imbriots from the island. He also spoke with Konstandinos Kazanas, aged 98, the first Imbriot to have arrived to Australia from Imbros in 1937.

The Imvros Benevolent Society offered Archbishop Makarios a plaque to commemorate his visit. 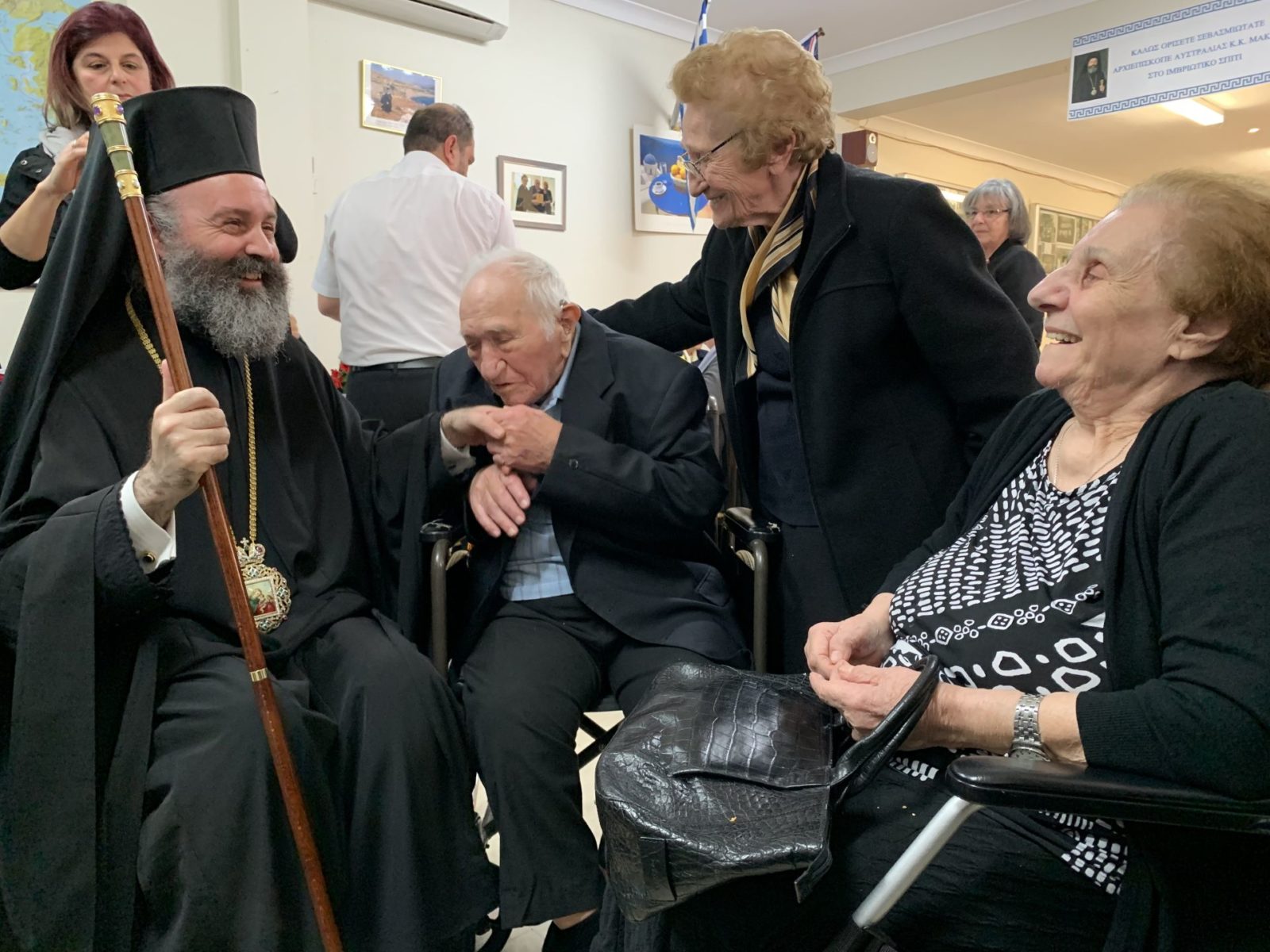 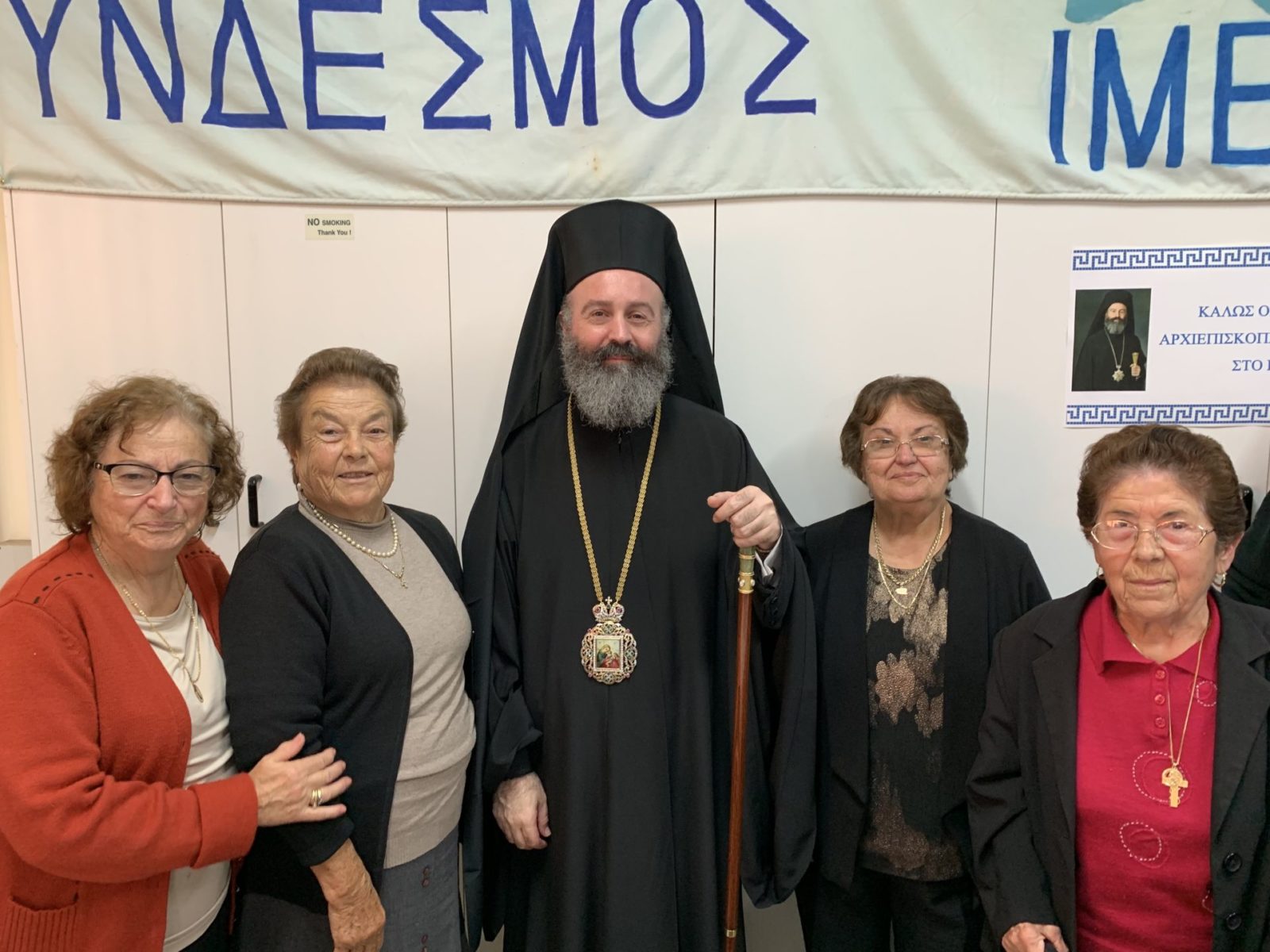