Greek women’s rugby in a league of its own 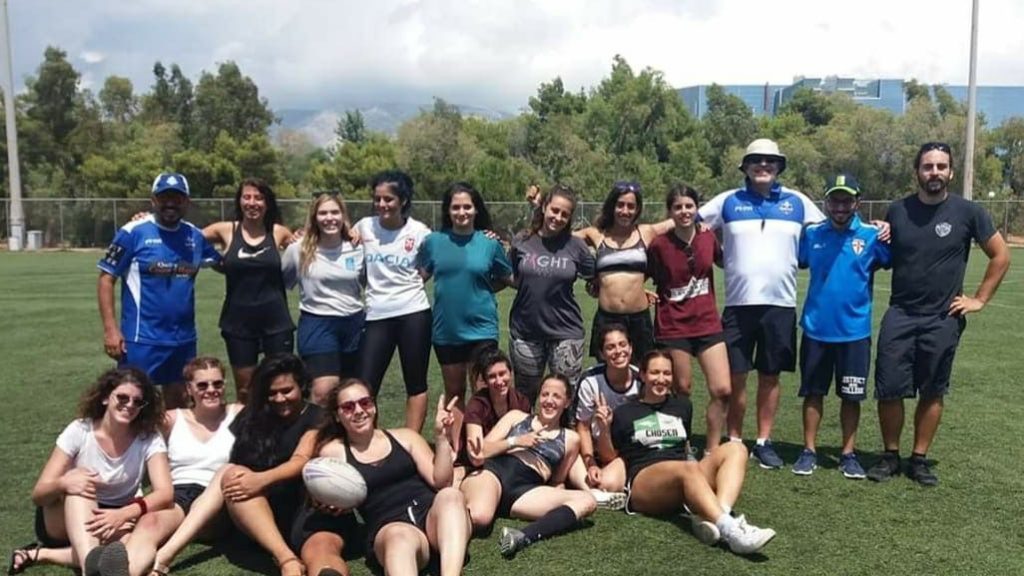 Most of the girls come for the fun, the national team pathway is a nice little bonus. It is the friendship, camaraderie and being part of a growing and lively community that makes it special. Photo: Supplied

Among the top exciting things that happened in my life since I moved to Greece three years ago, was the invitation to be head coach of the first ever Greek national women’s rugby league team that will play an international match against Turkey on 14 September in Erdine.

Yes you read it right! Greek women are going to play international rugby league! The sport has received a popularity boost across the globe in recent times and women’s rugby league has been key to the participation increase.

Greek Australian winger Jess Sergis starred for NSW in their victory over Queensland in the Women’s State of Origin earlier this year. Sergis was recently named in the Australian Jillaroos merit side.

Less than twelve months ago women playing ‘the greatest game of all’ in the Hellenic Republic was just a pipe dream. While there was the odd female training with men’s teams and a group training at Patras, the upsurge in numbers occurred in Athens when the fiancé of one of the Aris Eagles – the Athens based club team I coach –  players decided to join her partner at training and ‘give it a go.’

She encouraged friends and soon other small groups appeared. We now have up to 20 women training at Aris Eagles on any given night.

Most of the girls come for the fun, the national team pathway is a nice little bonus. It is the friendship, camaraderie and being part of a growing and lively community that makes it special.

Angeliki Bafa, who is soon to marry her fellow rugby league playing boyfriend Manos, told me she plays the game “for the team spirit and to forget all her problems.”

It’s an escape. “I began to watch rugby league when my fiancé started playing and I liked it very much. I had never even been to see one match of football (soccer) before.When I heard that the club were creating a women’s team I was the first one to say I am in!” Bafa told Neos Kosmos. 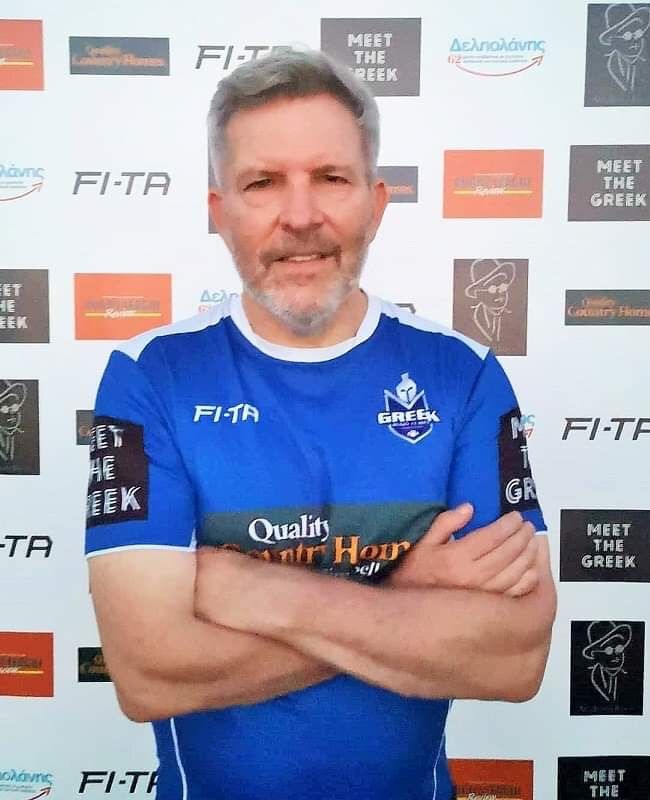 “When you wear the shirt of your country it is very emotional. I never imagined that I would be doing it. I will try to do the best for Greece and my team.”

Vivianna Daldaki was chosen as captain of the team for her experience, leadership and physical presence on the field. Vivianna and her Patras team mates have shown remarkable commitment to the team by making the six hour round trip to attend squad training sessions on more than one occasion.

The opportunity to play rugby league came up for Vivianna after she sustained a kick boxing injury and had to take a break from the sport.

“During this period I saw by chance a brochure about rugby in my town. I didn’t even know that we have rugby in Greece. I said why not? I just needed one training session to understand that this is for me,” Daldaki explains.

“I also like the communication and encourage the players during the game. Rugby league makes me feel free and strong but more than that, it makes me feel like a child. A child that we all need to feel at any age.

“This sport is like life. You will fall down for sure but you have to stand up quickly. So rugby league is like me and I am like rugby league. “For me is very important to see Greece progressing in my favourite sport. So I’m happy that the first women’s national team exists. However, I’m glad and grateful to my coaches that trust me as a captain. Greece is my country, rugby league is my sport, so for me being captain of the women’s national team is the highest goal. I’ll do my best to inspire and encourage my team.”

We will take the 12 hour trip to Erdine on a bus. Funds are scarce for our sport in Greece.

From past experience I know the tedium of the trip will be relieved by enthusiastic singing and joke telling punctuated by souvlaki and coffee stops. Sleep will be minimal. It is the Greek way.

We will to Turkey as confirmed underdogs. Our opposition have enjoyed a fully fledged domestic competition for the last two seasons and played international matches recently.

READ MORE: Women’s World Cup: How Greek-Australian coach James Galanis is plotting victory for the US

In the lead up to the match in Turkey, the coaching staff will work on improving the basic skills of the players and developing a structure and game plan. Distance and the summer holiday season in Greece mean we won’t have many opportunities to get together as a squad.

I know the girls will be hit by a wave of pride and passion once they are wearing the blue and while and the national anthem begins. They will take that emotion into the game and give their all for victory. It is the Greek way.