Greek officials send respects to friends and families of US shootings 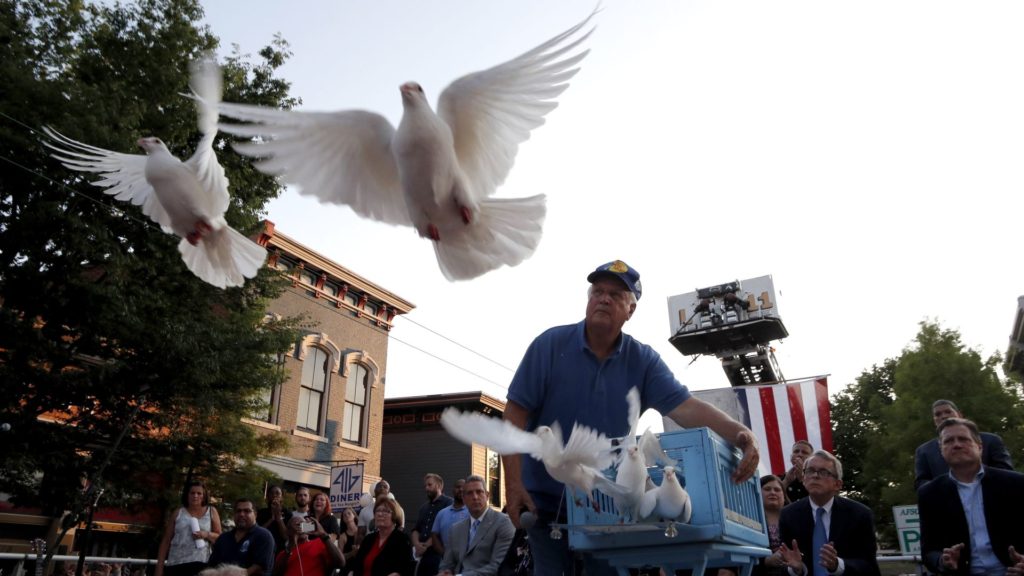 Doves are released during a vigil for victims of a shooting in the Oregon District of Dayton, Ohio, USA, 04 August 2019. According to officials, nine people were killed and 16 others were wounded and are being treated in local hospitals. The shooter, identified by officials as 24-year-old Connor Betts, was killed by police. Photo: EPA/David Kohl

Profoundly shocked by appalling mass-shooting attacks in #ElPaso #Texas & #Dayton #Ohio, our thoughts go out to all those affected.
Most sincere condolences to the bereaved families. #Greece stands in full solidarity w/ the people & gov. of the U.S. @StateDept @USEmbassyAthens https://t.co/6R6dQfh4Uy

Greek President Prokopios Pavlopoulos on Sunday also sent a message to US President Donald Trump, the American people and the families of the victims of the bloody mass shootings in the United States. He aired his repugnance following the incident. The Greek presidency released the following statement:

“The Secretary General of the Presidency of the Hellenic Republic, Ambassador Georgios Gennimatas, today contacted the US Ambassador to Athens, Geoffrey Pyatt, in order to express the repugnance, deep sorrow and condolences of the President of the Hellenic Republic Prokopios Pavlopoulos, to President Trump, the American people and the families of the victims, regarding the bloody attacks at El Paso in Texas and Dayton in Ohio.”

The Ecumenical Patriarchate of Constantinople also expressed its shock following the shootings. Patriarch Bartholomew condemned “all acts of hatred, be they racial, religious or social, but also any form of violence and fundamentalism, wherever they may come from.”

Patriarch Bartholomew wrote that “hate and violence cause a great deal of pain and fear, and are sometimes the cause of further acts of violence in the form of revenge. In the face of this rising, dangerous and bloody phenomenon, every person of good will must display strong spiritual resistance.”

He called on everyone “to work, through dialogue and in a spirit of mutual respect, to preserve peaceful coexistence and cooperation, against practices that boost fear and divide society.”