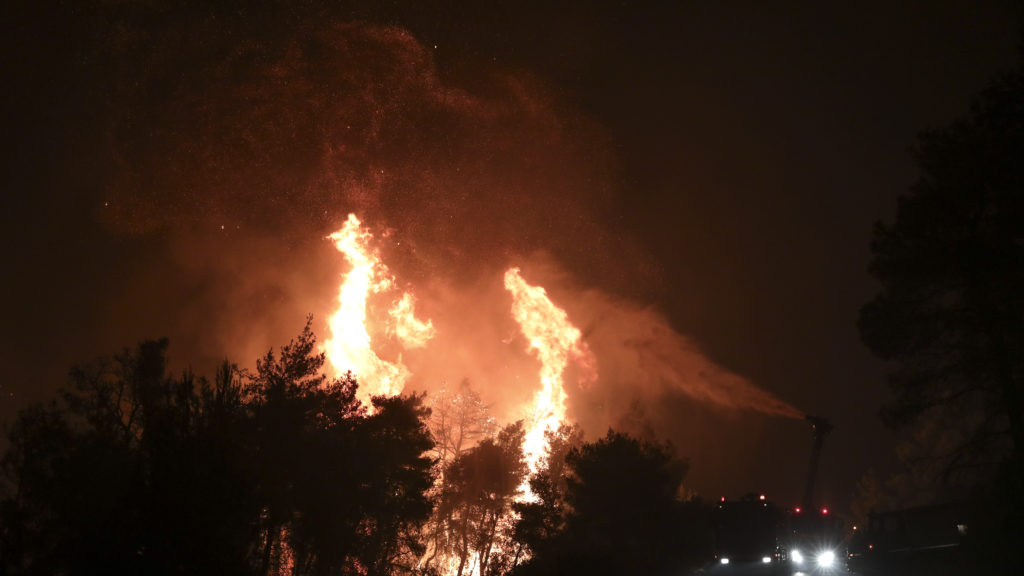 A fire brigade vehicle sprays water at a forest fire in Makrimalli village, on the island of Evia, northeast of Athens on Tuesday. Photo: AAP via AP Photo/Yorgos Karahalis

A raging fire on the island of Evia has led to the evacuation of residents in four villages, including the monastery of Panagia Makrymallis.

“The only way for this fire to be extinguished is when there’s nothing left to burn.”

The fire broke out at around 3.00 am local time on the side of a road, which quickly spread through dry vegetation as a result of high winds, reported ANA, the area dense with pine forests that are inaccessible by land, adding to the challenge to contain the fire.

Over 200 firefighters have been fighting the blaze, with 75 fire engines, seven units on foot, six aircraft and six helicopters. The country’s armed forces are also assisting in firefighting efforts.

Residents were evacuated from the villages of Makrymalli, Kondodespoti, Stavros and Platania.

“[Conditions] are extremely difficult and the state’s first and foremost concern is to protect human lives,” he said. 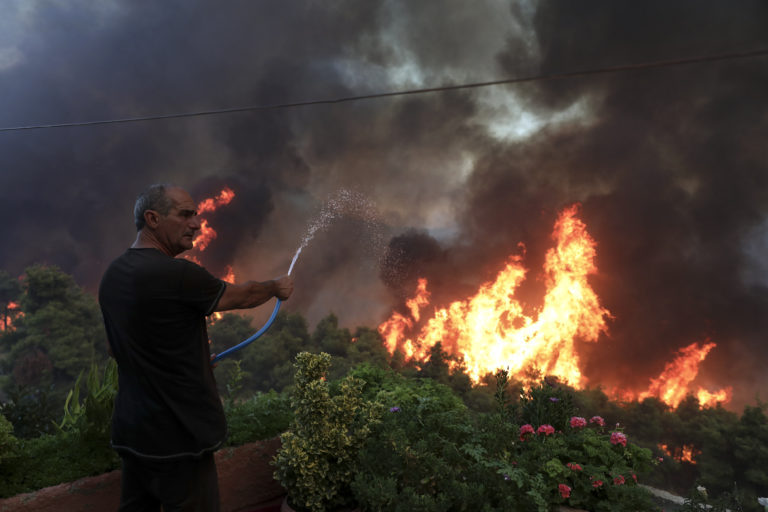 A resident sprays water at a forest fire from a balcony of a house in Makrimalli village. Photo: AAP via AP Photo/Yorgos Karahalis

It was announced that a fire barrier will be built outside the town of Psahna, a joint decision by Interior Minister Takis Theodorikakos, Citizen Protection Secretary General Nikos Hardalias, regional and local officials, as well as fire brigade leaders.

So far the fire has destroyed homes in Makrymalli, and no fatalities have been reported.