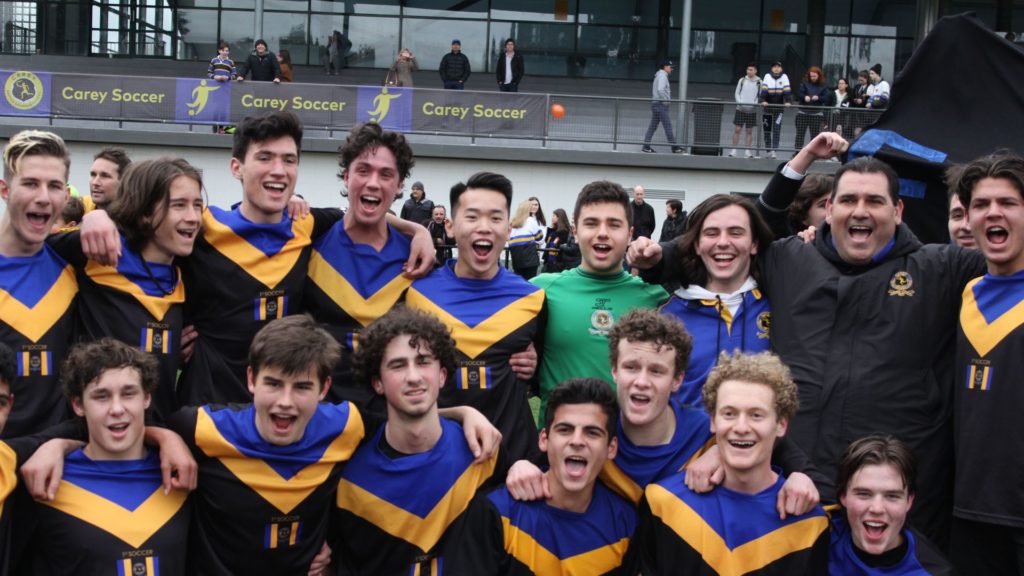 Elite Private School Carey Grammar – part of the G30 Schools worldwide which boasts schools such as Eton College in London – recently had unprecedented success in securing a Premiership in the APS (Associated Public Schools of Victoria) Soccer Firsts Competition in what is arguably the strongest school soccer competition in Australia.

The boys were led by coach Manny Koutroulis who has just won his fourth title in the APS.

The amazing season saw the Carey Team not lose a single match and boasted a remarkable goal difference tally of 26 goals scored and only six conceded. In fact the team finished the season without conceding a goal in the last five league Matches (450 minutes of Football). No wonder they call their home ground at Wilcox Field “the Fortress”.

The Final match was played last Saturday at the Fortress against Caulfield Grammar in front of over 1000 people which was unprecedented in this competition.

Coach Koutroulis was big on his praise of the team. He stated that “this team has the greatest record statistically at Carey. They play very good football and all are tactically very clever. They also showed strong focus and strength and in a few games had to come back from behind to win their matches and score late winners. I am very proud of these boys and I believe many of them will go on and have strong club careers”.

READ MORE: South Melbourne to battle last on the ladder

It is not surprising that many players currently play in the Youth Teams of Melbourne Victory and Melbourne City which gives an idea as to the amount of strength of talent pool found in this competition.