Beaches in Greece and Cyprus named among world’s Top 50 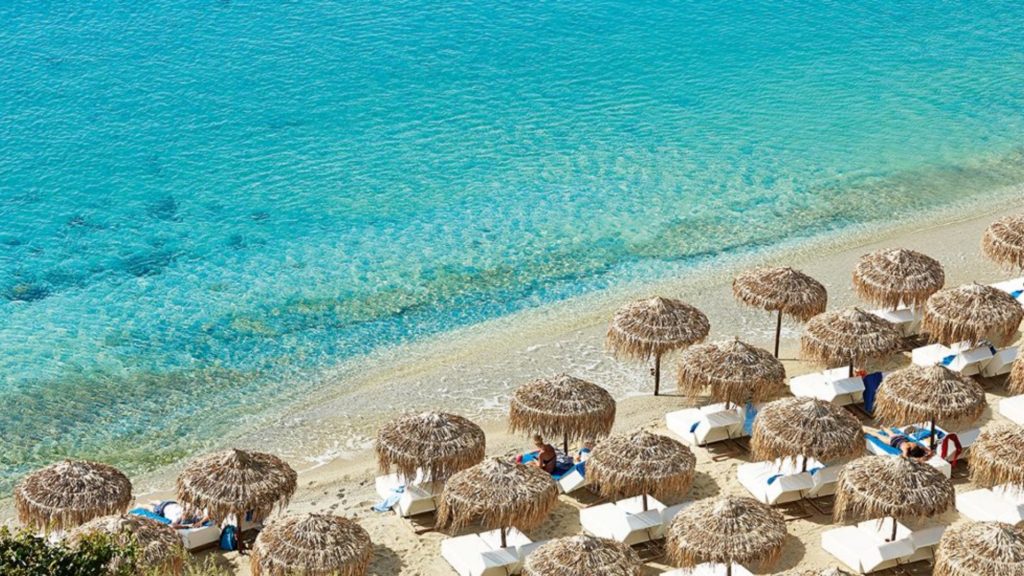 Psarou beach in Mykonos made the list. Photo: Big 7 Travel

A hot spot for summer, it’s not surprising Greece’s beaches are continuously being named among the world’s best.

Drawing on votes from their readers, aggregated scores from previous media results, official Blue Flag locations and contributions from their editorial team, this month Big 7 Travel released a list of Top 50 beaches around the world, and two of Greece’s beaches made the cut.

Sitting at No. 35 is Psarou Beach on Mykonos, which has been described as “pure paradise”.

“There’s no shortage of stunning beaches in Mykonos, but this cosmopolitan stretch of white sand is a must-see,” says Big 7 Travel.

“Psarou beach, with its turquoise waters and sheltered bay, is popular with celebrities and there’s often large yachts.

“There’s a waiting list in peak season for beds, but it’s worth it …”

Also on the list at No. 26, is Elafonisi Beach in Crete.

“Once a local secret, this unusual pink beach has become a popular destination in recent years. The fine white sand is pinkish at several spots because of the crushed seashell powder.

“It’s connected by a sandbar to an island nature reserve, so you can stroll along the shore and enjoy the view.”

A beach in neighbouring Cyprus also made the cut – in fact Fig Tree Bay in the resort of Protaras came in at No. 3.

“Fig Tree Bay is a scenic sandy beach in the resort of Protaras, Cyprus, with an uninhabited islet that you can swim to from the shore,” says Big 7 Travel.

“The beach has golden sand, lively beach bars and plenty of umbrellas to shelter from the sun. It’s popular, so don’t expect an empty beach, but it’s so pretty you won’t mind sharing.”

Meanwhile Whitehaven Beach in the Whitsunday Islands in Australia was named in second place, and Zlatni rat (Golden Horn Beach) in Brac, Croatia took out the top spot.