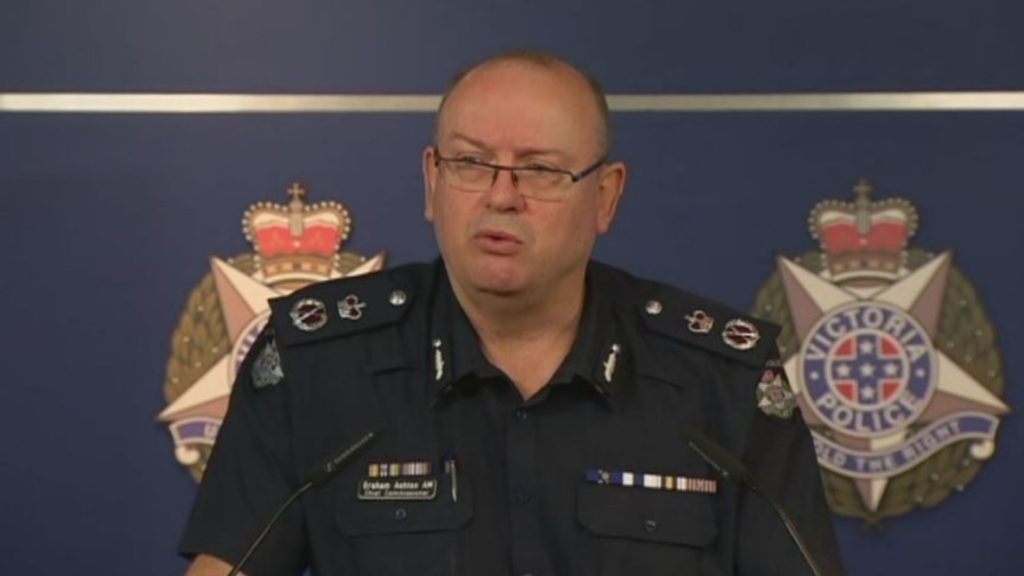 Former assistant police commissioner Brett Guerin on Thursday told the Supreme Court that racist posts he made under the pseudonym Vernon Demerest was a way of dealing with the stress of his job.

In the trial launched by nightclub owner Martha Tsamis, Mr Guerin told a six-member jury that he had created the persona of a “pretentious bigot” as a way of dealing with the stress he was under in his senior role in the police force.

“I was assistant commissioner of Professional Standards having to make very serious decisions about the futures of other police officers often with competing interests. I was trying to reform the system to make it less punitive, at the same time I was under pressure from other areas to be more punitive,” he said.

Repentant, Mr Guerin said his alter-ego was used to channel a character from the Sharpe series by Bernard Cornwell, a collection of novels about the British Army during the Napoleonic Wars. He said that in the last 18 months he had spoken to a psychiatrist over why he created a persona as a vehicle to deal with stress, and said that he did not personally believe in the comments that he made while trolling social media that were made to reflect the attributes of the character he created.

In his posts, he described Argentine soccer players as “greasy, diving cheating dagoes”. In another post from 2013, Mr Guerin said: “I’m afraid this is what happens when the lash is abolished. The jigaboo runs riot and out of control. The boo needs the lash. The boo wants the lash. Deep deep down, the boo knows the lash provides the governance and stability.”

Timothy Sowden, Ms Tsamis’ barrister, asked the former assistant police chief to explain a post he made, using his alias, where he commented on Australia’s national anthem. “The national anthem must never be improvised. It must always be sung by a male. A baritone. And accompanied by a band. No argument. No opinion. Just fact,” he posted.

Ms Tsamis started the trial after she said that her reputation was ruined as a result of Mr Guerin’s description of the Inflation nightclub on King Street as a “honeypot” for drug dealers in interviews with the Herald Sun and 3AW in 2014. Mr Guerin defended his use of the word “honeypot”, stating that it was the subject of a 2014 police application to curtail the nightclub’s trading hours, conceding however that most of the 59 incidents in the police brief did not happen inside the venue but in the surrounding district.

The trial will resume on Monday, and both Ms Tsamis and Mr Guerin will make their final submissions on Wednesday.

READ MORE: The evolution of racist language in Australia