The reunification of the Parthenon Sculptures: A new way forward? 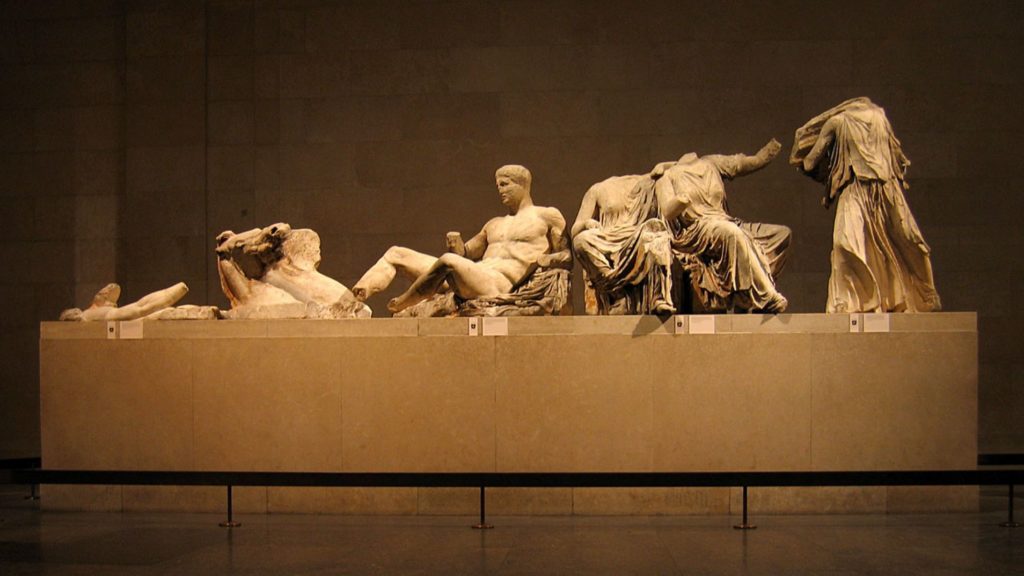 The Acropolis Research Group welcomes the recent announcement that the Greek Government will seek to enter into a reciprocal loan arrangement with the United Kingdom that would see the Elgin collection of Parthenon Sculptures currently held in the British Museum reunited in Athens for a yet to be defined period.

According to a report in the Observer, the Greek Prime Minister, Kyriakos Mitsotakis, will propose to his British counterpart that both countries embark on a first, tentative step towards a mutually-beneficial plan by creating recurring, long-term loans of rare Greek archaeological treasures in exchange for the return of the Parthenon Sculptures from the British Museum.

The Greek PM will propose to Boris Johnson – a well-known Philhellene – that in the lead-up to 2021, the 200th anniversary of the start of the Greek War of Independence, Brits should send the sculptures to Greece on loan, for a certain period of time and, in return, Greece would send very important artefacts hat have never left Greece to be exhibited in the British Museum.

The aim is to restore the unity of a unique monument emblematic of Western civilisation by emphasising the European and international dimensions of the request for the return. As Mr Mitsotakis declared:

“The Acropolis doesn’t necessarily solely belong to Greece. It’s a monument of global cultural heritage. But if you really want to see the monument in its unity you have to see the Parthenon sculptures in situ … it’s a question of uniting the monument.”

Already Greece has proposed to the French Government the return on loan of a Parthenon metope panel from the Louvre in exchange for a reciprocal loan of rare Greek bronze artefacts. This example of cultural heritage diplomacy is to be applauded.

TARG notes that in November 2002 when a similar request was made by the then Greek Culture Minister, Evangelos Venizelos, the Chairman of the Board of Trustees of the British Museum was rather dismissive, imperiously declaring that he could not “envisage the circumstances under which the Trustees would regard it as being in the Museum’s interest, or consistent with its duty, to endorse a loan, permanent or temporary, of the Parthenon sculptures in its collections.”

Almost seventeen years later, and in a world where calls for the repatriation of cultural property taken during the age of empire are growing louder, it is hoped that this time the Greek proposal is met with a more considered and positive response from the British cultural establishment.

However, as the Greek PM also ominously warned, Greece’s demand for the return of the sculptures remains in place and it would not be prudent for Britain to be fighting a losing battle because eventually it is going to be a losing battle.

READ MORE: The Acropolis Museum and the return of the Parthenon Sculptures: Back to the future

TARG and supporters throughout the world long for the day when all of the known surviving sculptures from the Parthenon are finally reunited in their natural context, within sight of the monument of all monuments, atop the Acropolis in Athens.