The ‘greens’ were subjected to a humiliating 1-3 loss at home at the hands of OFI, while the team from Thessaloniki fared no better, losing 1-0 to newcomers Volos 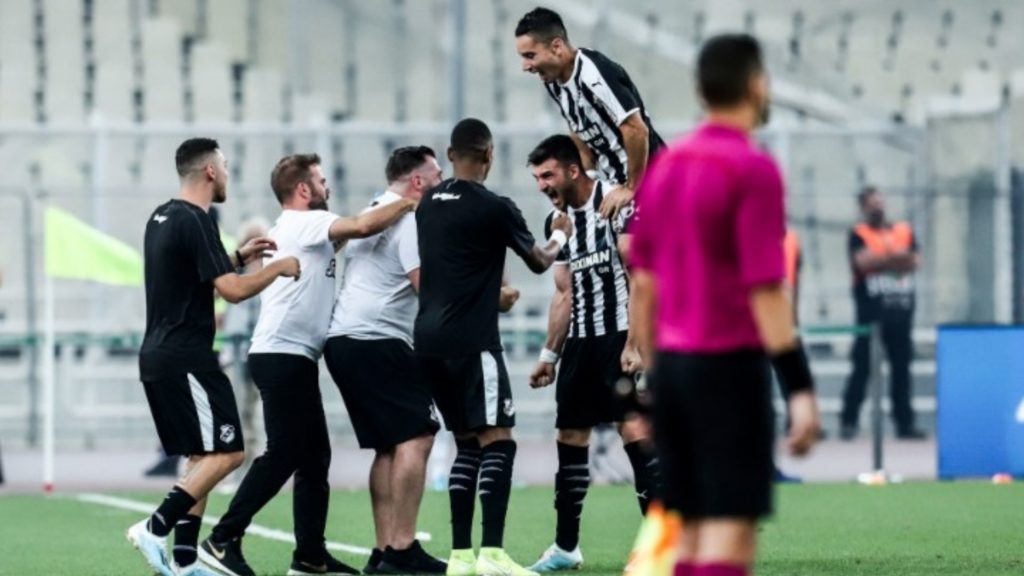 Round 2 of the Greek Super League has already yielded a few surprising results.

At the Olympic Stadium of Athens, Giorgos Donis produced a highly disappointing squad to Panathinaikos fans, with the team showing little drive to pursue a good result as it was pushed around by OFI.

The 1-3 final result could be described as flattering for the home side, who were not required to do much to stop the Cretans from reaching their goal at any time during the encounter.

Dimitris Manos, on loan from Olympiacos, was the star of the match, scoring two goal and providing Kosmas Tsilianidis with another, while all Panathinaikos could do was pull one back through a successfully converted penalty by Federico Macheda.

The “greens” ended the game with ten men due to the dismissal of Dimitris Kourbelis late in injury time, with the key midfielder now missing out on the derby in two weeks with eternal rivals Olympiacos.

In Thessaly, Volos showed that they’re going to be a tough nut to crack for any of the visiting teams. Juan Ferrando’s men were able to subdue Aris thanks to a penalty kick that was turned into a goal on the 55th minute of the match by Erik Jendrisek in their second win in a row.

On the other hand, Savvas Pantelidis announced that he would be handing in his resignation after the poor start to the season that saw the team miss out on the Europa League group stage.

Both Olympiacos and PAOK remain at the top after winning their second respective games.

The red-and-whites walked away from the AEL FC Arena with a narrow 0-1 win thanks to a penalty kick that was turned into a goal by Mathieu Valbuena, while the champions had more trouble than expected when facing Panionios at home, beating them 2-1 with their attacking force of Chupa Akpom and Karol Swiderski finding the target.

Early surprise Xanthi also remains at the top after their second away win of the season, this time against Panetolikos (1-2).

The Greek Super League One will resume with day 3 on 15 September (after the international break), with Aris welcoming Panathinaikos and PAOK facing the challenge of Atromitos.

SUPER LEAGUE ONE ROUND TWO RESULTS