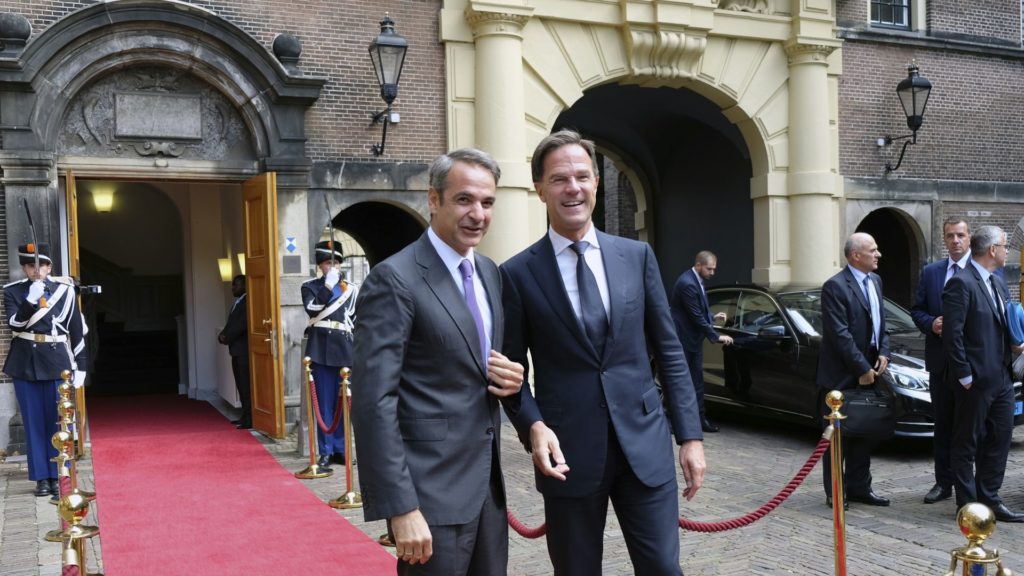 The meeting, which took place on Tuesday at The Hague lasted for two hours and touched upon investments and migration, amongst other things.

Mr Rutte showed strong interest in investing in Greece, especially in renewables, as well as gas and liquefied natural gas.

Meanwhile the Dutch leader also said he would like to boost his country’s exports to Greece, and provide technical know-how in sectors such as agriculture.

“The Netherlands is already active in Greece and we will discuss how to support structural reforms in this sector. We want to help and we both have a common interest,” Mr Rutte said.

With regards to migration, Mr Mitsotakis referred to the spike in arrivals to the Aegean islands last week, and said that Greece would like to see a fairer distribution of migrants among EU member-states.

Mr Rutte acknowledged the leading role that Greece has played in tackling the matter, and agreed with the need for greater support from other EU states.

During a joint press conference, Mr Rutte had a lot of praise for the Greek PM, saying he has “full confidence” in Mr Mitsotakis, and sees “incredible potential” in Greece.

“We have a prime minister whose goal is to bring about more investment and growth,” said Mr Rutte.