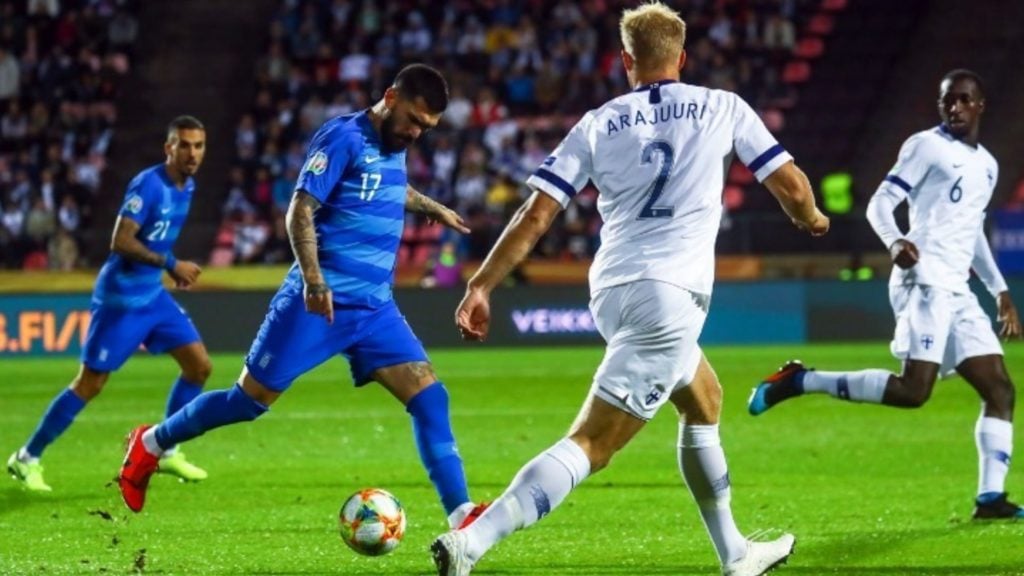 Van’t Schip and Valkanis weren’t able to change much in the Greek national team’s performance.

The Greek national team have pretty much squandered their final hopes of qualifying to the European Championships of 2020, after their most recent loss to Finland in Tampere by 1-0.

Despite the new leadership, former Melbourne City coach John van’t Schip (alongside his assistant Michalis Valkanis) did not make much of a difference in the style of play of the Greeks, as they once again appeared uninspired and posed little threat to their opponents.

Van’t Schip injected some new blood into the team through Willem II duet Marios Vrousai and Vangelis Pavlidis, while at the same time giving a starting position to Dimitris Kourbelis in an attempt to invigorate the Greeks.Yet his decision to leave key midfielders Andreas Samaris and Carlos Zeca on the bench proved to have a negative effect, since the visitors had no trouble keeping their opponents outside their own area yet there was little going on in the creative part. The Finns took the lead after a clumsy challenge by Kourbelis in the 51st minute lead to a penalty kick, which was successfully converted by Teemu Pukki.

Despite the poor performance however, van’t Schip rose to the defence of his players during the press conference, pointing out that he was satisfied with how they played.

This was the fourth consecutive loss for the Greeks after those against Turkey, Italy and Armenia and puts them in a very difficult position regarding the Euro of 2020.

Theoretically, they could still advance, but they would need a combination of results.