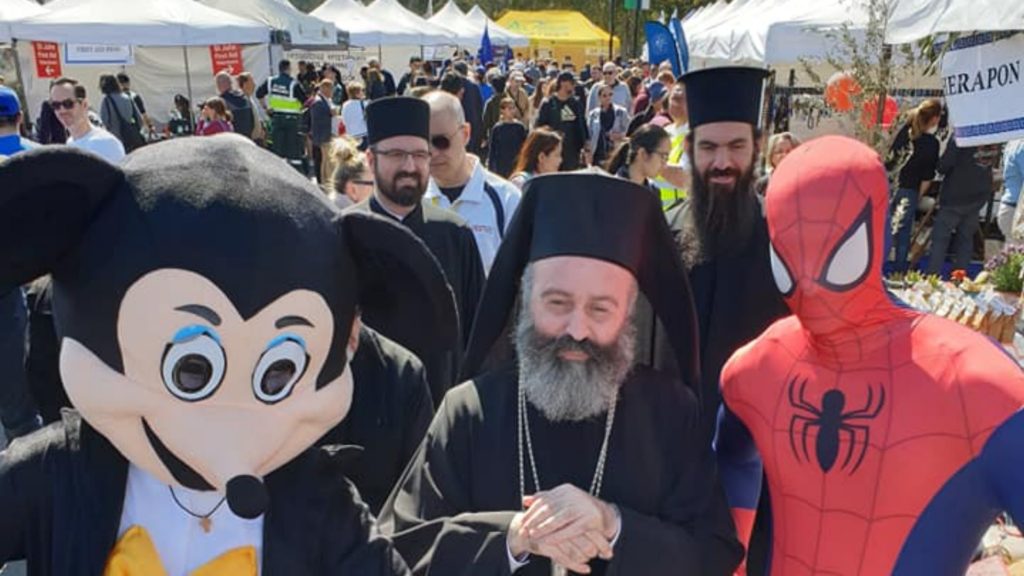 Archbishop Makarios at the Let’s Go Greek Festival with Mickey Mouse and Spiderman.

“The NSW Government is proud to be supporting the Festival with $200,000 over four years.”

“The Festival shares the rich history and heritage of Greek Australians in NSW with the rest of our community.”

“It brings together and celebrates the outstanding contribution of the Australian Greek community in Western Sydney.”

READ MORE: It’s not too soon to prepare for the Lonsdale Street Greek Festival 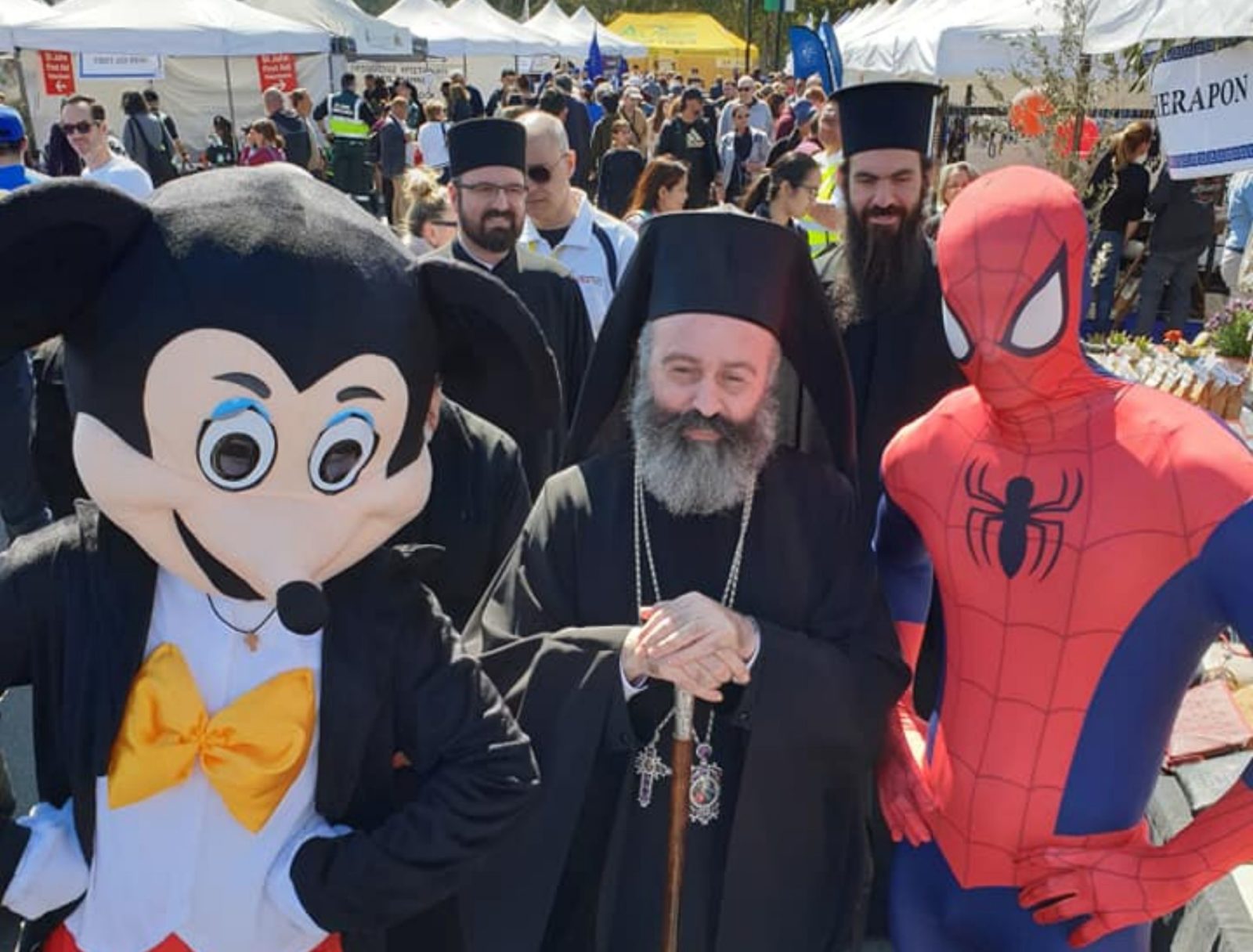 “Let’s Go Greek is a great source of visitors to our local community, attracting more than 25,000 people annually.”

“Multiyear funding gives us the stability and security to plan the Festival in advance to make it bigger and better,” Mr Dimitriou said.

“Over the years, we’ve seen the Festival grow from strength to strength. We look forward to sharing our culture and traditions with even more people this year.”

“Showcasing live music, food and market stalls, cultural exhibitions, cooking demonstrations and a variety of activities for children, we’re proud Let’s Go Greek has something all members of the community can enjoy.”

The Let’s Go Greek Festival will be held on Sunday 8 September 2019. For more information, see: www.letsgogreekfestival.com.au