Litsa Athanasiadis stands near the Treloar sculpture, moved that the work has finally been unveiled after six years of hard work.

More than 200 people gathered at Ballarat on Sunday for the unveiling of a monument in honour of courageous soldier George Devine Treloar, a little known Victorian saviour of refugees in Greece following the Asia Minor catastrophe of 1922.

For the descendants of the refugees saved by him, he is simply a ‘hero’. After six years of hard work and preparation, they honoured his memory with the unveiling of a new statue at the open air gallery at Sturt Street in Ballarat, his birthplace.

Litsa Athanasiadis, Merimna Oceania director and head of the statue committee, was emotional now that the work was finally open to the public as a reminder of the great man that Treloar was. “I’m a descendant of those people that George Devine Treloar assisted,” she said, fully aware that she, like hundreds of thousands of refugees from Pontus, Asia Minor, owed their life to this man from Ballarat.

READ MORE: An evening with Lis Johnson, sculptor of the George Treloar memorial The sculpture features a life-size figure of Treloar, created by Lis  Johnson. Beside the bronze figure is a young girl, nicknamed Lemona, holding a jug, and representing the hundreds of thousands of refugees from Pontus, Asia Minor, who were displaced after World War 1. Most of them ended up in northern Greece, and made it alive thanks to the efforts of Mr Treloar, the League of Nations’ Commissioner for Refugees in Greece in 1922. 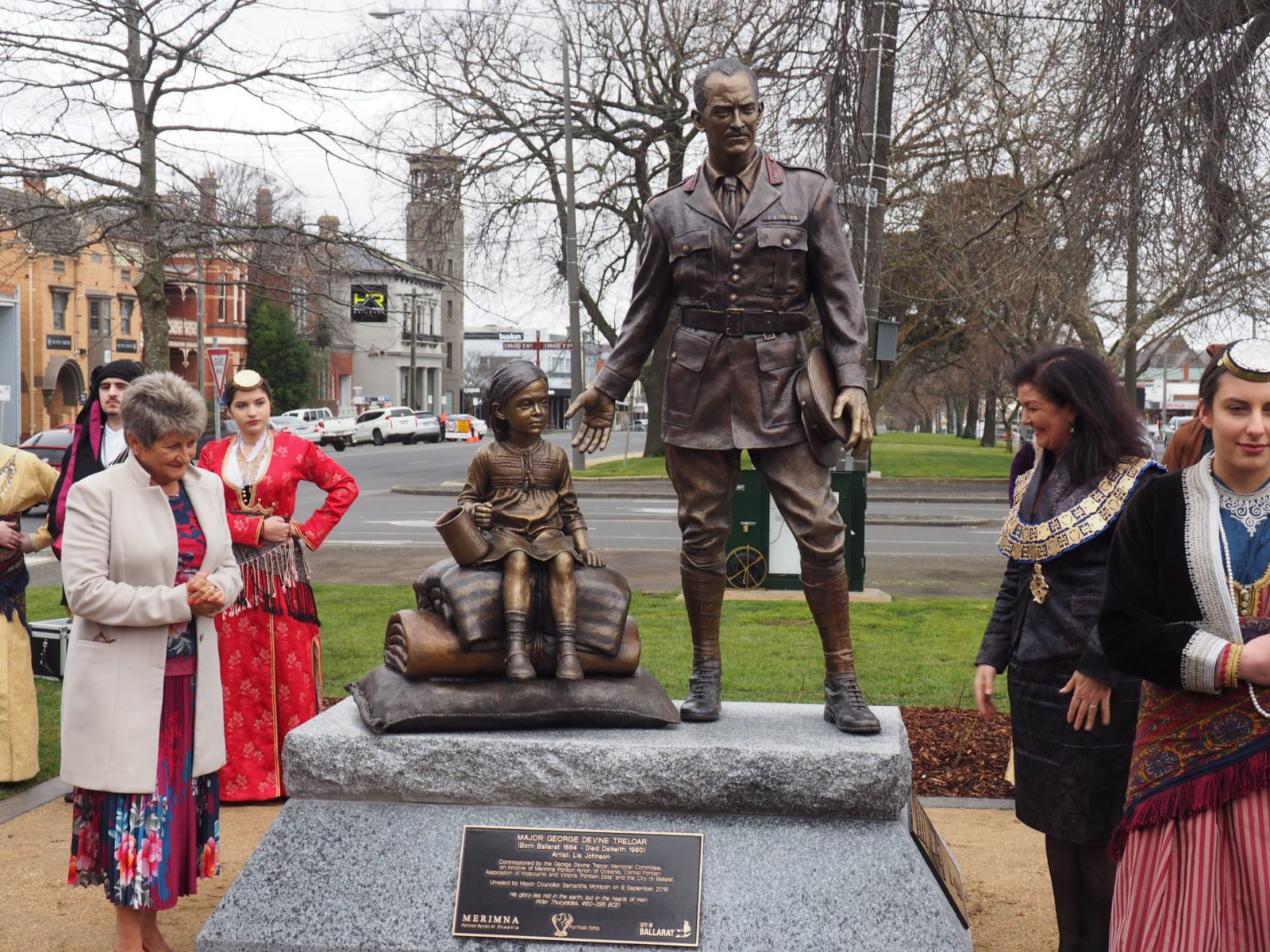 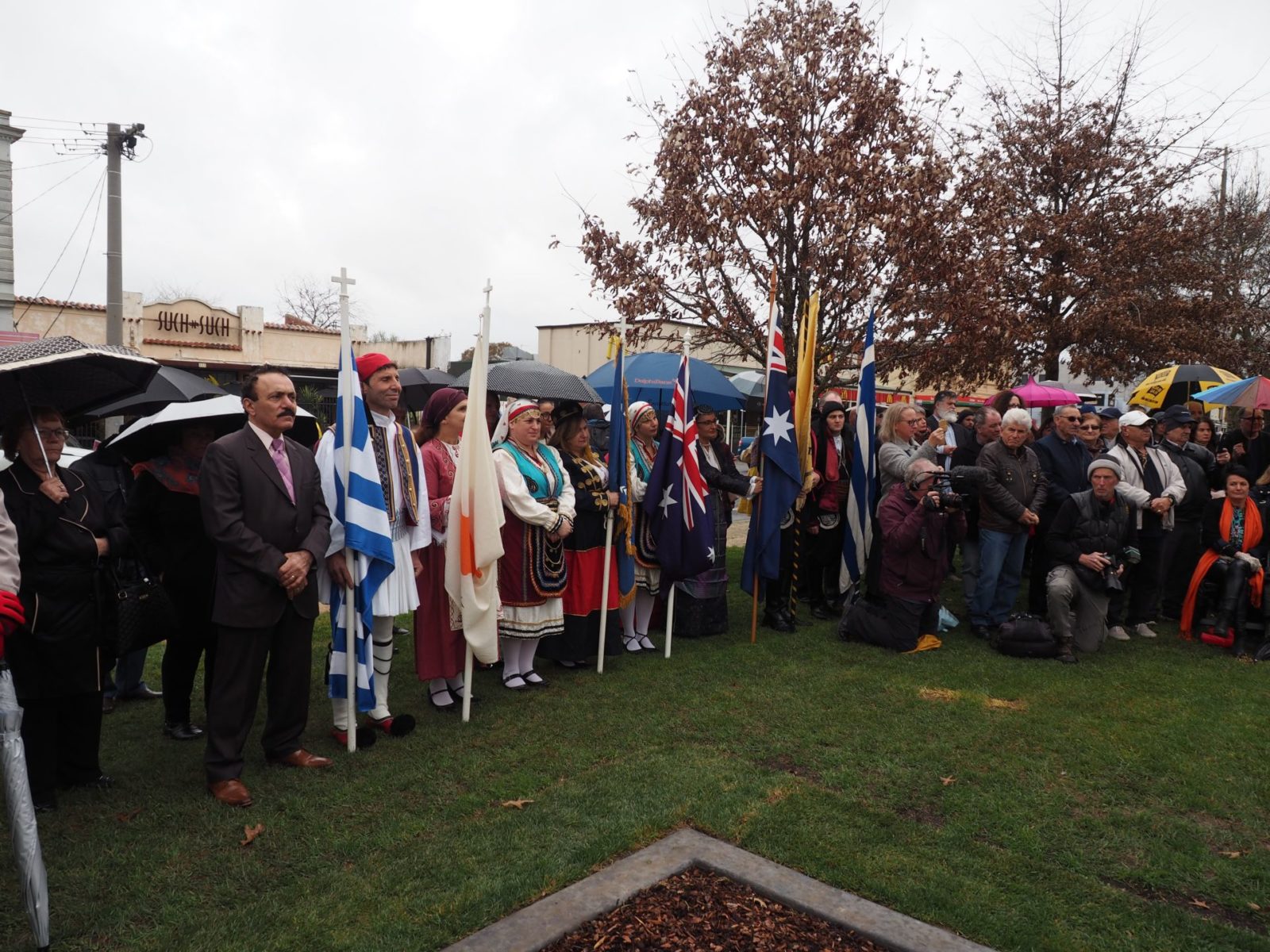 A humanitarian by nature, Treloar ensured that the refugees had food, clothes and shelter and their descendants are grateful because it was due to his heroic efforts that their ancestors managed to stay alive. For this reason, the Thrilorio village in Greece was named after him.