Two prominent Greek academics to give lectures in Melbourne 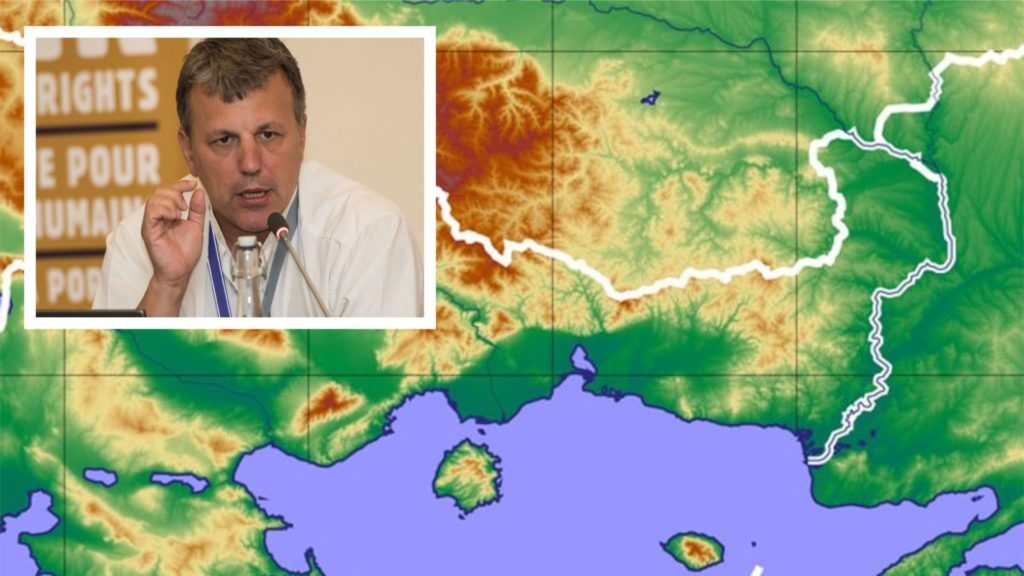 Professor Dimitris Christopoulos, has been teaching at the Department of Political Science and History of Panteion University since 2010, and will give a number of talks, including one about the Muslim minority of Thrace.

Greek academics Dimitris Christopoulos and Kostis Karpozilos are in Melbourne as part of a two-week tour around Australia. Apart from pit-stops in Canberra and Sydney, they’ll be stopping at the Greek Centre and the Ithacan Philanthropic Society for three lectures from September 22-24 as part of theGreek Centre’s Greek History and Culture Public Seminar series.

Athens-based lecturer, writer and activist, Professor Christopoulos, has been teaching at the Department of Political Science and History of Panteion University since 2010. He chaired the board of the Hellenic League for Human Rights, the biggest and oldest Greek human rights association, for eight years (2003-2011). In 2016 he was elected President of the International Federation for Human Rights (FIDH), after having served as its Vice-President since 2013. He has taught as a visiting professor in various universities in Europe and the US. His publications have been in the fields of human rights, migration, minorities and citizenship.

Yiannina-born Kostis Karpozilos is a historian and currently the director of the Contemporary Social History Archives (ASKI). He has been a postdoctoral fellow at Columbia University, Princeton University and the University of Oxford, He has written extensively on the Greek crisis, the European Left and the limits of political imagination in the post-1989 world. His publications include books on the Cretan socialist intellectual Stavros Kallergis (2013), and of ‘Red America: Greek Immigrants and the Quest for a New World, 1900-1950′.

The two academics have also co-authored the book, ’10+1 questions and answers on the Macedonian Question’, in their scholarly collaboration and have plenty of interesting revelations to shed light on regarding Greek history and culture.

Speaking in English and Greek, they will cover a wide range of topics:

Mr Christopoulos’ lecture, professor at the Department of Political Science and History of Panteion University in Athens will present a lecture entitled “What’s happening in Thrace: Rights and minorities”. The talk focuses on the Muslim minority of Western Thrace, the only officially recognised minority in Greece by virtue of the Lausanne Convention. He examines the (in)famous ‘reciprocity principle” and ‘mistakes’ of strategic choices.

The lecture will particularly focus on issues related to religious freedom, minority education and the right to self-definition of the individuals belonging to the group.

Karpozilos will present a lecture, titled ‘Greek-American Workers and Radicals: a forgotten story’. Greek immigration to the United States in the early 20th century ascribes to the long history of European transatlantic migration to the New World. Until recently, historiography focused on the political conservatism of Greek immigrants arguing that their social mobility defined their stance on social and political questions both in Greece and the United States. This lecture highlights an alternative, and largely unknown, Greek-American history: the social, cultural and political world of ethnic radicalism. Following this story from the militant strikes of the early 20th century, to the New Deal era, and the Cold War years it demonstrates how labour migration to the New World was intertwined with the quest for a social New World that would guarantee equality and freedom.

As the scriptwriter of the documentary ‘Greek-American Radicals: the Untold Story’ (2013) and author of many books, as well as extensive research on the Greek crisis and the European Left, Karpozilos will give historical insight into labour history.

READ MORE: Greece lags behind the EU in remote employment

Professor Christopoulos at the Department of Political Science and History of Panteion University, will give a lecture entitled “Who is the Greek citizen? Citizenship status from the creation of the Greek state till today”.

The question, “Who is the Greek citizen?’,’ is par excellence an open question. Mr Christopoulos will examine the criteria used to define a Greek citizen and how the definitions keep changing. He will also look at the expectation that the state has of Greek citizens and how ideology influences these.