Australian embassies to get more resources 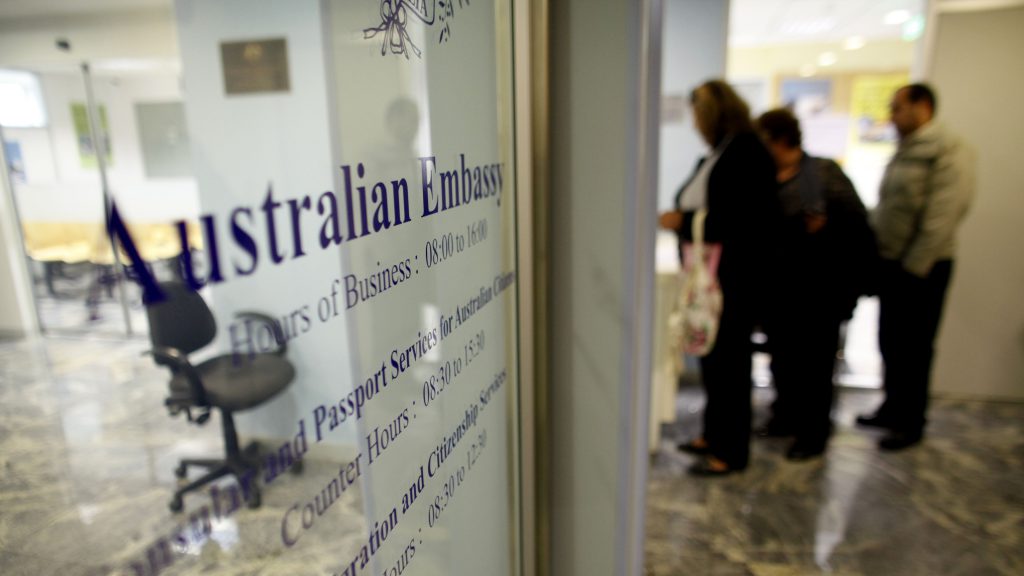 A damning report has found that Australia’s diplomatic service has suffered three decades of “chronic underfunding” and that consular services to help Australians in strife overseas are unsustainable in their present form. Last week the Joint Standing Committee on Foreign Affairs, Defence and Trade presented its report Australia’s Overseas Representation – Punching below our weight? after a far-reaching inquiry into Australia’s diplomatic resources.

Successive governments have seen the diplomatic service as ripe for culling in an effort to boost their public service cost-cutting credentials. The inquiry suggests that such actions have had dire consequences for Australia’s diplomatic and consular work and had left Australia lagging behind other G20 and OECD countries. Australia has the smallest diplomatic footprint of all G20 nations, with less than 100 overseas missions. The OECD average is 133. Since 2008 the Australian Embassy in Athens has seen sweeping staff reductions in consular, immigration and trade areas.

Earlier this year the single Austrade post in Greece was also withdrawn. The report’s recommendations include substantially increasing the number of Australia’s diplomatic posts overseas – calling on the government to create an extra 20 embassies and consulates. It proposes that extra consular services should be funded in-part by revenue from an increased passport fee or ”other modest travel levies”. How influential the report will be remains to be seen. Foreign Minister Bob Carr said the government would consider the recommendations, but said he did not support the levy proposal or an increase in passport fees. “There are no plans for a travel levy,” he told reporters in Canberra.

“And my instincts are the Australian people expect us to do these things working within our means.” Senator Carr described the committee’s call for the government to open another 20 overseas posts as overly ambitious. An alternative he said was to increase the use of special envoys, rather than open a large number of expensive permanent embassies.

In 2011, the Department of Foreign Affairs and Trade (DFAT) helped some 14,500 Australians in difficulty, and more than 200,000 Australians overseas needed some form of consular help, such as replacing lost passports. The report outlines a $300 million investment plan over three years for the diplomatic service which is likely to see increased diplomatic representation – including increased Austrade resources – in North and Central Asia, and in particular China.

The Government’s ‘Australia in the Asian Century’ white paper has also promised further investment in overseas representation. ”I don’t think this is diplomatic chest-thumping,” committee chair Michael Danby told reporters. ”But Australia is a serious country who should be represented.” The report also recommends that DFAT refurbish Australian embassy web sites to make them more informative, attractive and user-friendly.