“There is no greater way to honour the country of our ancestors than being able to dance Greek,” says 17-year-old Jack Pantelios, who started learning how to dance at the age of six Jack Pantelios doing what he loves; Greek dancing at one of the Greek Festivals held in South Australia. Photos: Supplied

Greece is one of the few countries in the world where folk dances are still as alive today as they were in ancient times, and even Down Under, dance has played and continues to play an important role in the life of a Greek Australian.

“I love being able to display what our culture is all about. I believe that there is no greater way to honour the country of our ancestors than this,” says 17-year-old Greek Australian Jack Pantelios who started learning how to dance in his parents’ backyard at the age of six.

Jack’s father Greg was a Greek dance teacher for many years and a highly regarded member of the community.

“My father was the one who taught me the importance of dancing in our culture and the ways our family immerses itself in it. That’s where my love for dancing began. Now, whenever I find myself on the dance floor ready to perform, I feel a real sense of pride that I am honouring and representing the country of my ancestors in the best way possible,” says Jack, whose family originates from the island of Rhodes and Pyrgos Ilias in the Peloponnese region.

READ MORE: The legendary picnics of the early Greek Australians 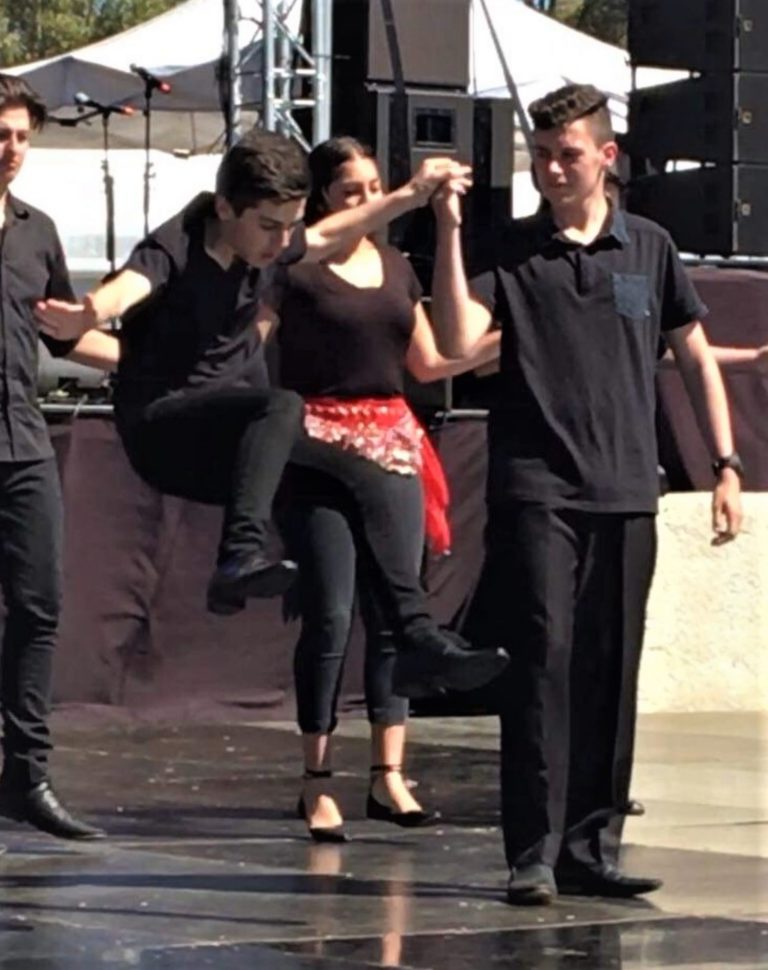 Greek dancing is an expression of human feelings and everyday life.

During ancient times, dancing was regarded as one of the highest forms of art.

Greeks danced at religious festivals, ceremonies, weddings and engagements, baptisms, and even whilst preparing for war or to cure physical illness.

Almost every dance has a story to tell.

Plato and Socrates went as far as to claim that every educated man should know how to dance gracefully, particularly if they wished to have a strong body ready to do its duty on the battlefield.

“Of all the arts dancing is the one that most influences the soul. It is divine in its nature and is the gift of the gods,” Plato once wrote.

Despite growing up away from Greece, traditional dance is still being passed from generation to generation and it proves to be, if not the best, one of the best ways for the young generation of Greek Australians to maintain their cultural identity.

Greece has six mainland regions: Epirus, Macedonia, Thrace, Thessaly, Central Greece and the Peloponnese, as well as the Ionian islands, the Saronic islands, Cyclades occupying the central Aegean Sea, the North Aegean islands close to the West coast of Turkey, the Dodecanese islands, occupying the southeast of the Aegean, between Crete and Turkey, the Sporades, which are a small cluster of islands near the island of Euboea, and Crete, the largest island which lies in the southern part of the Aegean Sea.

Most regions, islands and the mainland have their own local dances to exhibit.

There are two distinct categories in the traditional Greek dance; the springing, leaping dance and the shuffle, dragging dance known as συρτός; the latter being the oldest form of dance. Our future generation of Greek Australians performing making everyone feel proud to be Greek. Most dances are circle dances. They start with the right foot and move counterclockwise.

Each dancer is linked by a handkerchief or by holding hands, wrists or shoulders.

The leading dancer will lead the rest and is the one allowed in most cases to improvise or break away to express himself.

“My favourite Greek dance has to be the τσάμικο. It originated in the Peloponnese region and was my father’s trademark dance to teach. Dancing in the traditional τσολιά costume fills me with a sense of pride that is unmatched. I also love Cretan dancing, in particular the πεντοζάλι,” says young Jack who is considered as one of the best Greek dancers in South Australia.

Twenty-year-old Annetta Koutsouridis learnt how to dance when she was still at Greek school.

Her love of the art has grown ever since.

“I found it is a great way to socialise, perform and help spread our Greek culture around South Australia. To me it was also the best way to connect with the heritage and culture of my family. Now, when I dance, I feel a sense of pride and excitement to show others the hard work and sentiment we put in our performance,” says Annetta whose family originates from the Peloponnese and the island of Lemnos.

Both Jack and Annetta, believe that it is vital that the younger generation of Greek Australians learn how to Greek dance so that they can keep our rich culture alive and that as parents and educators we can assist them by helping develop an understanding of the importance of the art, which will slowly then enable them to develop a passion and love for it.

“The best way to encourage young children is by instilling fun, leading by example and building a community that encourages them to express themselves and learn in a safe environment with peers who enjoy the same things.

“It really sets the tone for future generations. So, let’s be there to support them.”

READ MORE: My kid doesn’t want to go to Greek school. What can I do?