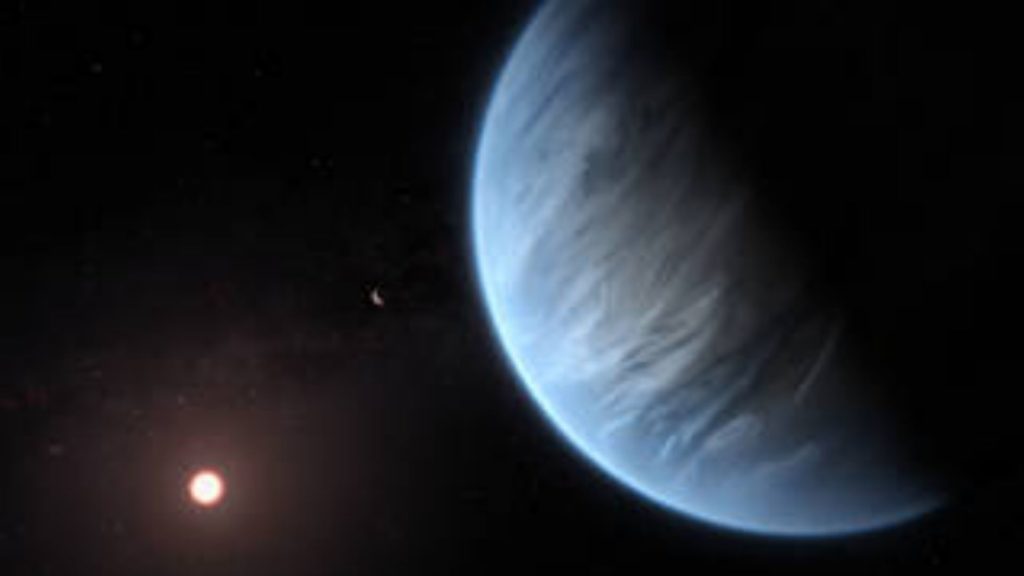 An artist’s impression of K2-18b, the only super-Earth exoplanet known to host both water and temperatures that could support life. UCL researchers used archive data from 2016 and 2017 captured by the NASA/ESA Hubble Space Telescope and developed open-source algorithms to analyse the starlight filtered through K2-18b’s atmosphere. The results revealed the molecular signature of water vapour, also indicating the presence of hydrogen and helium in the planet’s atmosphere. Photo: ESA/Hubble, M. Kornmesser

Astronomers found water vapour in the atmosphere of a potentially inhabitable planet which is twice the size and eight times the mass of Earth.

This is the first time that scientists have been able to detect water in the atmosphere of a smaller-sized planet orbiting in the star’s habitable zone, as previously water had been detected in the atmospheres of massive super-hot Jupiter-like gas giants.

The University College London report describes the conditions on the planet known as K2-18 b.

Dr Tsiaras described the finding as “incredibly exciting” and  said: “It is significantly heavier and it has a different atmospheric composition. However it brings us closer to answering the fundamental question: Is the Earth unique?”

READ MORE: A journey in astronomy