The round school of Agios Dimitrios created a circular educational style.

The Stavro Niarchos Foundation first announced the creation of this gift to the Greek people in 2006, before construction started in 2012. The $596-million project was created by award-winning Italian Renzo Piano who has also created iconic buildings such as the Shard in London, Nemo in Amsterdam and others. He says he wanted to design a vibration rather than a monument. The home for the National Opera includes a 1,400-seated opera hall, a 400-seat black box theatre, a school of dance and a National Library with more than two million books and a research centre in the middle of the 170,000 sq metre park. The monument rises from the ground like a dislodged piece of the earth’s crust and takes the visitor on a 5-degree slope-walk that ends onto the canopy of the building with an amazing view of the sea.

The upscale luxury hotel was hailed by Conrad Hilton as “the most beautiful Hilton in the world” when it first opened following its creation by architects Emmanouil Vourekas, Prokopis Vassiliadis, Spyros Staikos and Antonis Georgiades from 1958-1963. When it first opened, many lamented that it overshadowed the Acropolis. The hotel has 506 rooms and the popular Galaxy bar on the 13th floor. Guests have included Aristotle Onassis, Frank Sinatra, Ingmar Bergman, Anthony Quinn, the Rolling Stones and so much more that the surrounding region later came to be known as the Hilton Area. One of its features is the monumental relief by prominent 20th-century Greek artist Yiannis Moralis etched to the side of the building.

Greek statesman Konstantinos Karamanlis chose the site in 1976, but the grand opening came decades later in 2009, reigniting calls for the return of the Parthenon Marbles from the British Museum to Athens. The contemporary state-of-the-art museum stands as a monument that shows Greece’s modern image. Swiss-French Bernard Tschumi wanted to create a building that would fit into the landscape using light, movement and mathematical precision inspired by Ancient Greece. He did this using a glass floor that allows visitors to peer into the ruins found at the construction stage of the museum. The 3rd-floor Parthenon gallery is rotated 23 degrees from the rest of the building to be parallel to the Parthenon.

Constructed by Ioannis Fix of the Bavarian Fuchs family in 1893 despite the now-defunct river bed, the brewery was renovated again into a state-of-the-art facility by modernist architect Takis Zenetos in 1957 with a glass-covered ground floor facade so passers-by could watch the beer-making process. Abandoned in the 70s, part of the building was demolished in 1994 to create the metro station of the same name. Following an uproar, 3SK Stylianidis architects were called in to revamp the station. The modern art museum includes a library, labs, project rooms, a restaurant and a terrace with panoramic views.

Address: Flanked by Frantzi Street and Kallirrois and Syngrou avenues 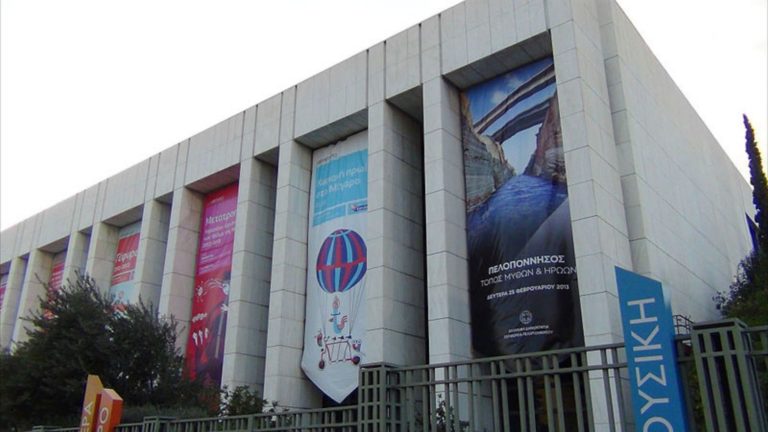 Athens acquired its first and only skyscraper in 1971 following a briefly-imposed developmental law passed by the Greek military junta (1967-1974) that granted the permission for the erection of skyscrapers. The building complex has 105 offices and shops, seven elevators and a parking space for 340 cars but no observation deck for tourists to go and enjoy the view. The tallest of the two glass towers is 28 storeys and connected by a first-floor bridge to a second 12-storey building. The building was created by the Alivertis-Dimopoulos construction company in 1967, based on the minimalistic designs by architects Ioannis Vikelas and Ioannis Kybritis.

A space to host cultural expressions, the building was conceived in 2000, and its foundations were laid in 2004. Six years later, the building opened to the public in December 2010, in the wake of the Greek financial crisis. French Architecture Studio designed white, marble bands around the building which play with the use of light. The building has 16 floors, however nine of these are underground and the top-floor Michelin-starred restaurant Hytra has views that stretch from the Acropolis to the Saronic Gulf.

KLab Architecture created an impressive 600 sq metre structure to house Placebo Pharmacy. The sophisticated spiralling form is clad in metal panels that are perforated using Braille. Arranged in a radial pattern, the main cashiers desk acts as the focal point so that the casheir can view the whole pharmacy from the central area. The pattern allows light to flow to penetrate the centre of the plan at all times of day. When Greek architect Takis Zenetos created the Circular School in 1974, his goal was to create a building that would go against the long tradition of linear hallways. He created his designs after a six-month survey of international education design and hoped that the building would encourage a new style of learning. 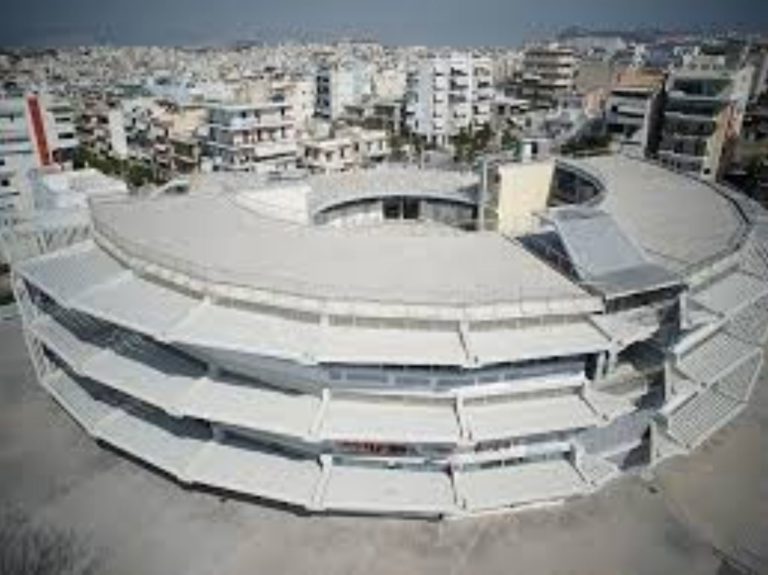 Some say it looks like a space ship, others say it looks like a ship sailing to sea. A block away from Syngrou Avenue, the building received LEED Platinum, the highest grade for an environmentally conscious building, and has been nominated for the Mies Van der Rohe Prize 2019, one of the most important European awards for architecture. The Agemar building houses the central officers of the Angelicoussis Foundation, a major maritime group of companies. Designed by architect Rena Sakellaridou of RS SPARCH PC, the building kept in mind its purpose and conjures images of waves as it looks towards the sea. It covers 30,000 sq metres of which 16,000 sq metres are underground.