Bruce Springsteen, an Aristotle for our times 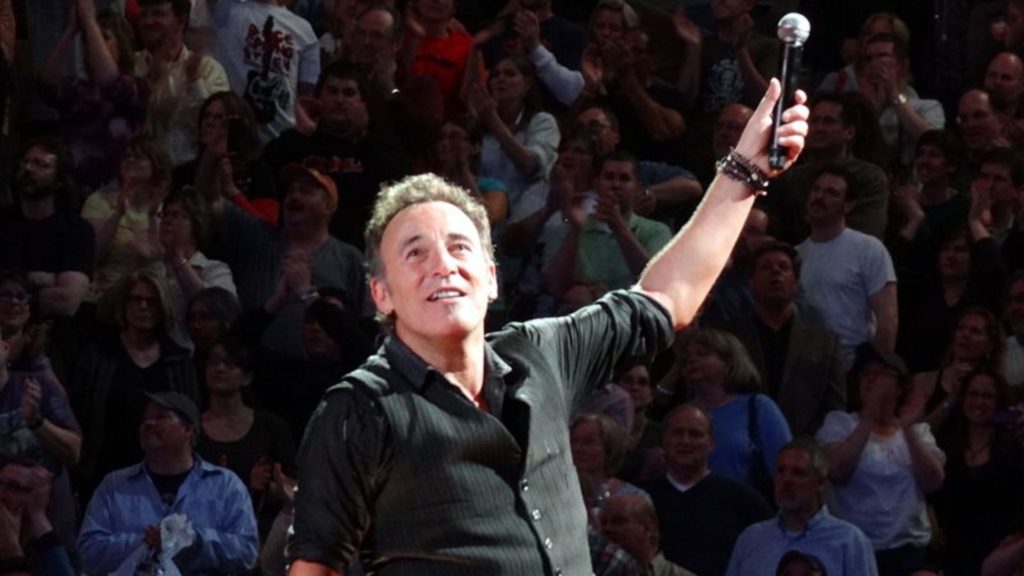 Bruce Springsteen, ‘The Boss’, more like Aristotle than meets the eye.

In the recently released film ‘Blinded by the Light’, Pakistani teenager Javed discovers commitment and courage through the music of Bruce Springsteen. Based on journalist Sarfraz Manzoor’s 1980s memoir, the dreams and frustrations of a working-class boy from Luton, north of London are given wings by the experience of another working-class boy from Freehold, New Jersey. Inspired, Javed shares his writings and his feelings.

The difficulty of retaining hope and virtue remains as much a feature of Springsteen’s work in 2019 – when he has just enjoyed his 11th UK number one album – as it did when he made the covers of Time and Newsweek in 1975.

Much has been written about Springsteen – but as far as I know, nobody has suggested a connection with the ancient Greek philosopher Aristotle (384-322 BC). But connections are there – in the centrality of virtue, friendship and community to lives well led.

From the Middle Ages to the Enlightenment, Aristotle was often simply known as ‘The Philosopher’. His ideas were central to the development of Islamic and Christian philosophy and interest in his work has revived over the past decades.

Aristotle’s works ‘The Politics and The Ethics, are central to this revival. Two critical features distinguish these works from their Enlightenment successors. The first is that thinking rightly requires us to reason towards the good – not just towards whatever we happen to want. The contrast with neoliberal economics, which presupposes that the individual be free to pursue their preferences, is stark. For Aristotle, desires must be directed towards genuine goods if they are to have legitimate claims on us.

The second is that ethics and politics go together – humans are “political animals” for whom a good life both benefits from and contributes to the community. The contrast with neoliberal politics, in which communities only have the claims that individuals grant them, could also not be starker.

The connections between Aristotle and Springsteen are best evidenced through the lens of contemporary moral philosopher Alasdair MacIntyre. More than anyone else, MacIntyre has revived the idea that good lives require virtues that were central to Aristotle: wisdom, self-control, justice and courage – as well as the Christian virtues of faith, hope and charity.

But in most working lives – such as those in the rug mills, motor plants and plastics factories in which Springsteen’s father worked – such virtues were beside the point. As Springsteen writes in ‘The Promised Land’ (1978):

I’ve done my best to live the right way
I get up every morning and go to work each day
But your eyes go blind and your blood runs cold
Sometimes I feel so weak I just want to explode.

According to his autobiography, the young Springsteen wanted none of this – instead, he wanted a life of creativity and freedom: he was born to run. But while the working lives lived in his community alienated him, the community itself drew him back – he now lives just ten miles from his original hometown.

The music that enabled him to escape a life of industrial labour required him to develop both virtues and skills: the focus to spend thousands of hours practising; the courage to risk failure, and the wisdom to seek partners and friends of the calibre of the E-Street Band, a working community of friends. For Aristotle, true friendship is only available to the virtuous, those whose mutual regard goes beyond mutual enjoyment and usefulness, beyond death even. Springsteen captured this in his eulogy to Clarence Clemons, the longtime saxophonist in the E-Street Band, when he said that: “Clarence doesn’t leave the E-Street Band when he dies. He leaves when we die.”

Such commitment to one’s practice – and the enduring relationships this commitment requires – demands adherence to the virtue of justice. So Springsteen’s recruitment of Clemons had nothing to do with race and everything to do with the magic that happened when they played together. But the novelty of their friendship in 1970s New Jersey was not lost on either of them. Prioritising the excellence of your craft means that race, gender, sexuality and anything else is irrelevant to your choices. Aristotelian commitments to equality are all about excellence.

Springsteen’s advocacy of social and especially racial justice – particularly in songs such as American Skin: 41 Shots – are married to his commitment to the defence of local communities, especially notable in Death to my Hometown where the bankers responsible for the 2008 financial crisis are described as:

The greedy thieves who came around
And ate the flesh of everything they found
Whose crimes have gone unpunished now
Who walk the streets as free men now.

According to MacIntyre’s account, ‘After Virtue’, we need to understand our lives as being embedded in inherited narratives – and most of these, for most of us, and certainly for Springsteen and for Javed, are narratives of conflict. MacIntyre writes: “I can only answer the question ‘What am I to do?’ if I can answer the prior question ‘Of what story or stories do I find myself a part?‘”

Springsteen characterised his work in just this way in his autobiographical Broadway show: “I wanted to hear, and I wanted to know the whole American story. I wanted to know my story, your story, felt like I needed to understand as much of it as I could in order to understand myself. Who was I and where I came from and what that meant, what did it mean to my family and where was I going and where were we going together as a people, and what did it mean to be an American and to be a part of that story in this place and in this time.”

For MacIntyre, the development of such narrative accounts is an essential part of Aristotelian self-understanding – one in which ethics and politics are inseparable. Springsteen’s insistence that his characters’ lives be understood as part of their wider stories reflects the same insight.

At July’s conference marking his 90th birthday, MacIntyre recommended the work of Albert Murray, whose book ‘The Hero and the Blues’, argued for “kinship between fiction and the blues. Both … are virtuoso performances that impart information, wisdom, and moral guidance to their audiences”. And so it goes with Bruce Springsteen.

* Ron Beadle is Professor of Organisation and Business Ethics at Northumbria University, Newcastle. His article first appeared in The Conversation.