Mr Antoniadis (L) and Prof Lygeros (R) presenting an award to student Vasiliki Nikolakopoulos for her entry in the competition organised in Commemoration of the 100 years since the Pontian Genocide. Photos: Supplied

Professor Nikos Lygeros is currently in Australia at the invitation of the Pontian Associations of Australia, raising awareness about the Pontian, Armenian and Assyrian Genocides.

As part of his schedule, he paid a visit to St Raphael Greek Language School on Friday, where he spoke to students about the Genocide.

While there, an award was presented to Year 9 student Vasiliki Nikolakopoulos for her competition entry in commemoration of the 100 years since the Pontian Genocide of 1919. She submitted a creative writing piece titled ‘An Innocence Lost’.

With a background in mathematics, Professor Lygeros also spoke to students about the contribution of Ancient Greek Mathematicians. He invited students to explore classic mathematical games, problems and puzzles, many of which intrigued the great ancient mathematicians such as Pythagoras, Eratosthenes, Euclid and others. 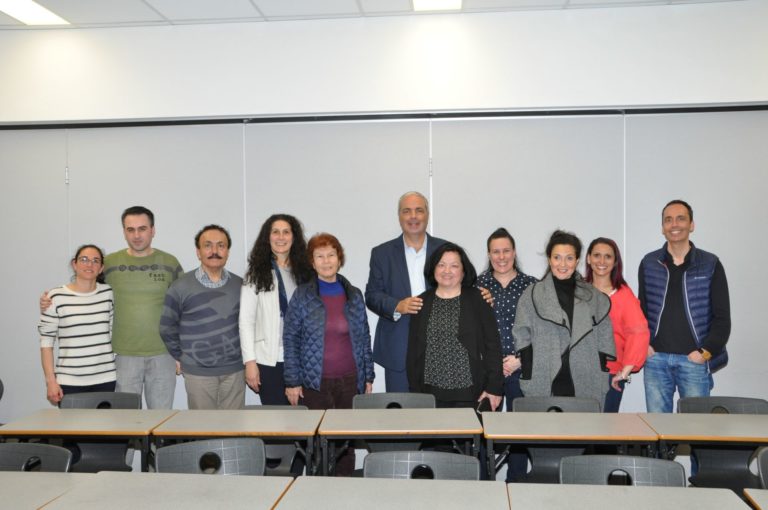 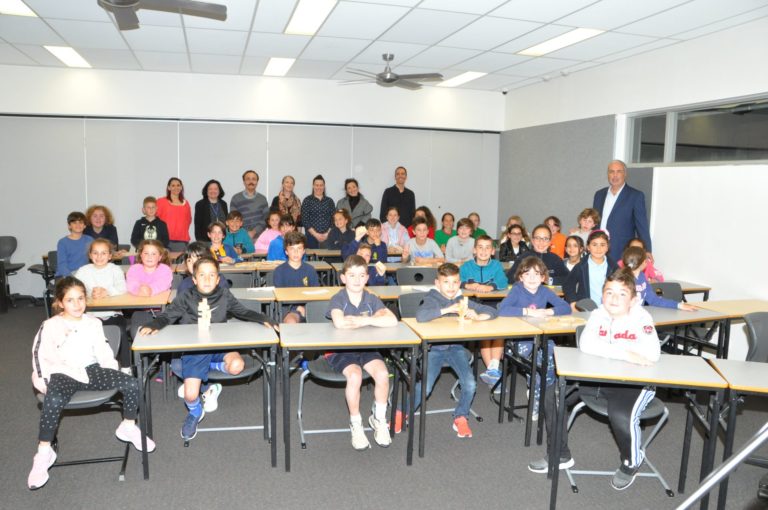 Prof Lygeros is a strategy advisor and teaches at the Police Academy of Greece, the School of Security of Greece, the Hellenic Air Force Academy, the Hellenic National Defense College, as well as at the Center of Diplomatic and Strategic Studies (CEDS). He has also served as an advisor in strategy for the Greek and Cypriot governments.

He is a professor in mathematics, computer science cybernetics, epistemology, linguistics, bioethics, strategy and education, and has taught strategic management at the University of Lyon, the Polytechnic School of Xanthi, the National and Kapodistrian University of Athens, and at the Teacher’s Education Department of Democritus University.