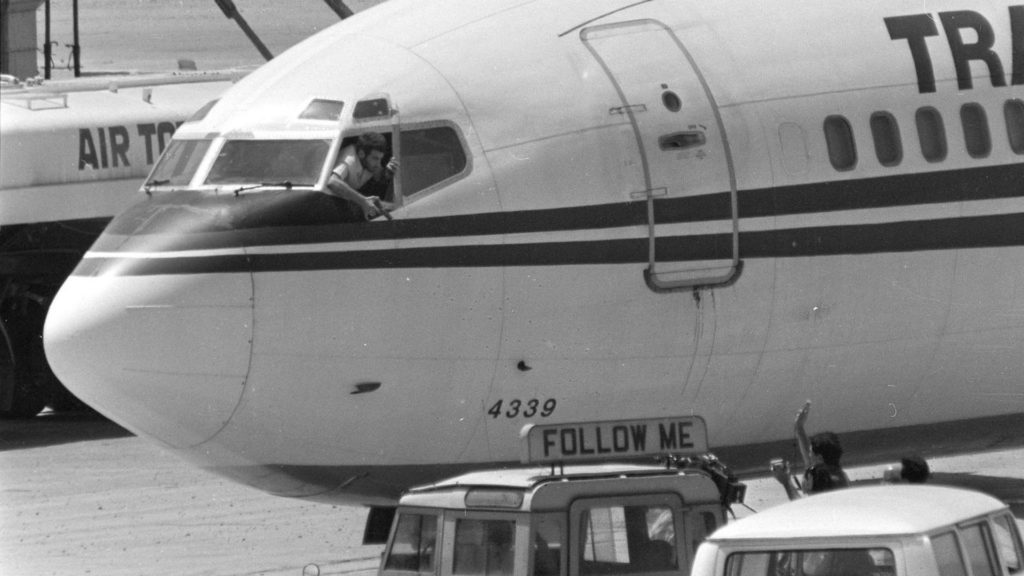 A hijacker points a weapon toward an ABC news media crew from the window of the cockpit of the Trans World Airlines jet as the American television crew approaches the jet for an interview at Beirut International Airport, Lebanon.

The 65-year-old Lebanese man arrested in Mykonos in connection to the 1985 TWA aircraft hijacking, has been released by police in a case of mistaken identity.

The man was arrested on Thursday while going through passport control, was detained for four days after his name came up on a European police computer system as that of a man wanted by German authorities in a terror-related case.

Lebanon’s Foreign Ministry in Athens revealed the man being detained was in fact a well-respected Lebanese journalist named Mohammah Saleh.

According to police, Saleh has the identical name of the wanted man.

The man was released without charges on Tuesday, and put up in a hotel on the island of Syros, according to a police statement.

The hijacking in question took place on 14 June, 1985, on the Boeing 727 aircraft shortly after it took off from Athens on the way to Rome. The hijackers, suspected of having links to Hezbollah, held 100 passengers hostage – some of whom were beaten – before releasing them in stages over two weeks. A US Navy Officer, aged 23, was tied up, beaten and shot dead before being dumped onto the tarmac in Beirut.

The hijackers had requested the release of Lebanese Shia militants who were being held in Israel at the time.