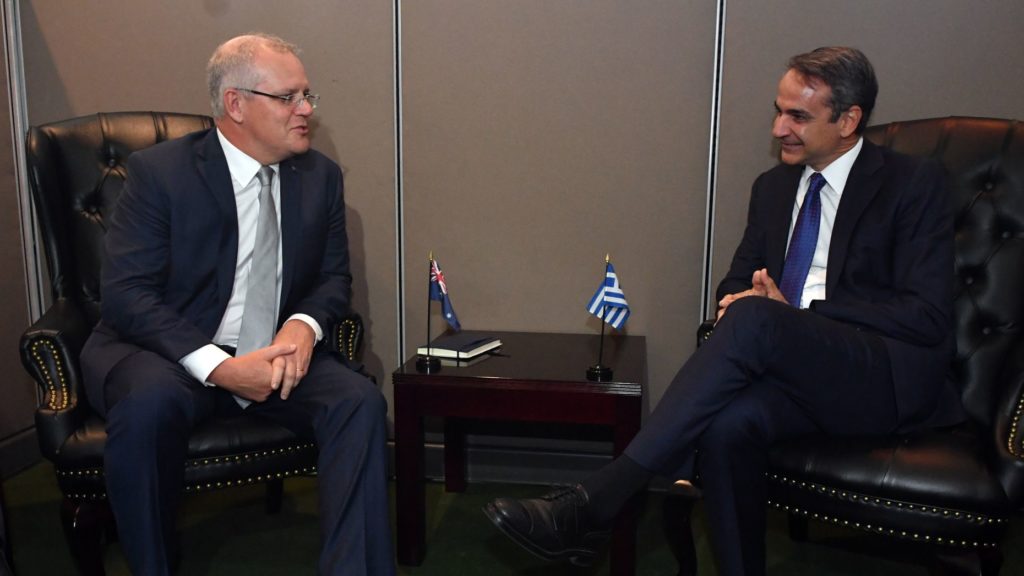 Mitsotakis met with his Australian counterpart Scott Morrison on Tuesday for a bilateral meeting during the United Nations General Assembly Leader’s Week at its headquarters in New York.

“Today I met earlier with … the new Prime Minister of Greece, who we hope to be welcoming to Australia next year, in the first half of next year,” revealed Morrison.

“And I know there’ll be about 400,000 Australians of Greek decent [who] will be saying yasou to that. Absolutely we’re looking forward to a great visit.”

Mitsotakis was also scheduled to meet with President Donald Trump on Tuesday, however the meeting was cancelled following news the US House of Representatives would be launching a formal impeachment inquiry against the president.

“This week the president has admitted to asking the president of Ukraine to take actions which would benefit him politically,” Ms Pelosi said.

“The actions of the Trump presidency revealed the dishonourable fact of the president’s betrayal of his oath of office, betrayal of our national security, and betrayal of the integrity of our elections. Therefore, today I am announcing the House of Representatives is moving forward with an official impeachment inquiry.

“The president must be held accountable. No one is above the law.”

However Trump has dismissed the claim, palming off the inquiry as “a ridiculous witch hunt”.

“I’m leading in the polls. The only way they can stop me is impeachment,” he said.