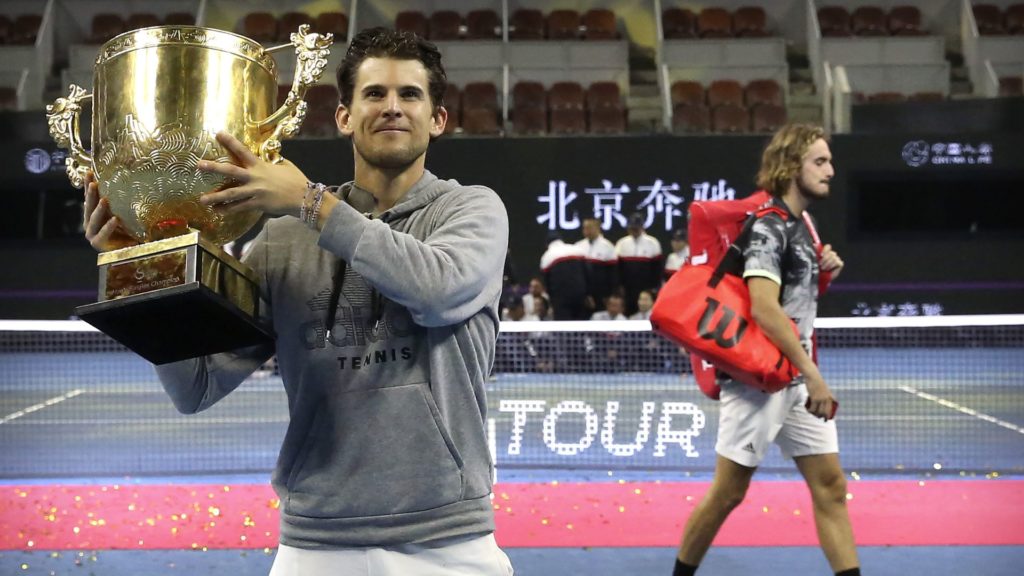 Dominic Thiem of Austria holds the winner’s trophy as Stefanos Tsitsipas leaves the court after their men’s singles championship match at the China Open in Beijing. Photo: AAP via AP/Mark Schiefelbein.

Greek third seed Stefanos Tsitsipas was defeated by Austrian top seed Dominic Thiem, missing his chance to win the China Open final in the men’s single in Beijing on Sunday.

Thiem managed to win the game in full sets 3-6, 6-4, 6-1 in two hours and 13 minutes, leaving the court victorious and putting the Greek player behind.

“He always finds solutions to somehow get it. He actually deserves it a lot so congrats to him and his team for putting the effort and doing a good job.”