Goats have eaten their way through Samothraki, threatening the Greek island’s natural environment 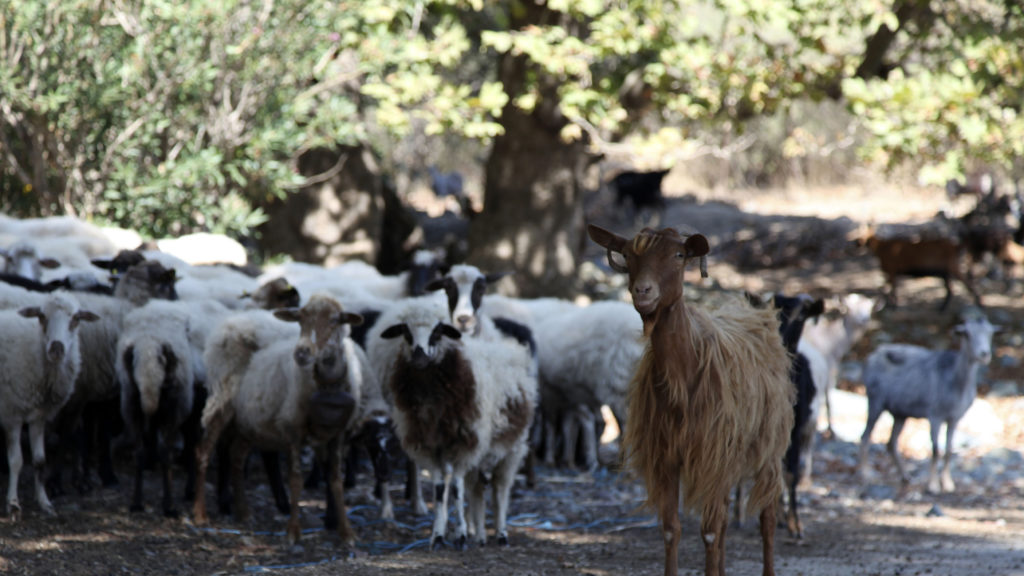 There has been plenty of talk over climate change posing a threat to the environment. But on the Greek island of Samothraki, it is the goats that are posing the most imminent threat to the natural environment, as a result of overgrazing.

On the island goats well and truly outnumber humans; there are 3,000 inhabitants and 15 times the number of goats.

When torrential rain hit the north Aegean island two years ago, the town hall was swept away and the roads severed, but there were no trees or vegetation left to stop the mudslides.

“There are no big trees to hold the soil. And it’s a big problem, both financial and real because (the mud) will come down on our heads,” George Maskalidis from the Sustainable Samothraki Association told AAP.

With the thousands of goats having eaten their way through the island and little left, the majority of goats are malnourished, and so cannot be sold commercially for meat. Animal feed isn’t an option either, as it is too expensive.

Meanwhile wool, leather, meat and milk have all dropped in price, and so local farmers are in a tight spot.

An issue for decades now, experts and locals are working together to find a way to save Samothraki’s ecology and economy.

“Most of us are ready to give up,” said Yiannis Vavouras, a second-generation goat farmer. “If I had another job, I would drop the goats. It doesn’t make enough to buy you a coffee.”