There are various different nicknames you might hear should you choose to attend a Greek sports event (mainly football or basketball). But where did they come from and what do they stand for? 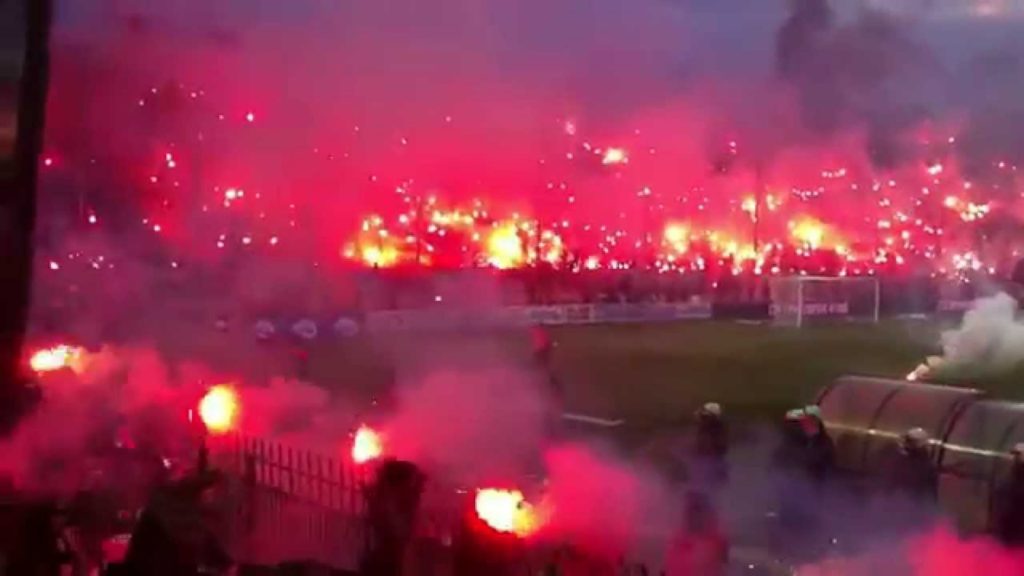 Greek fans could be considered among the most passionate in the world. When it comes to their favourite club, they make sacrifices, they don’t care about the costs and they even go beyond what might be considered as normal behaviour to show their support. Over the years, they have resorted to creating several nicknames in order to taunt the opposition. These are the most popular among them:

The Greek word ‘gavrias’ relates to a person who is very proud. The nickname ‘gavri’ refers to the lower working class of Piraeus, who saw in the Olympiacos football team the symbol that represented them. Of course nowadays, more and more people from the upper classes have become attracted by the team’s success, and with the club playing in the high-profile Champions League, it feels like the days of the old Karaiskakis stadium filling up to the rim by sailors and workers who had just ended their shift are long gone. Yet still, the club never forgets its roots and honours them to this day.

The nickname given to Panathinaikos fans is a reference to the gel that those of the higher social classes would put in their hair to get it to stay in place (of course, the word has other meanings as well… think lubricants). Panathinaikos has always been the team of those living in the more affluent northern suburbs of Athens, and their inclination of viewing all other clubs as lower than their own was only boosted by their success in 1971 when the team reached the finals of the European Champions Cup, losing by a narrow 2-0 to Johann Cruyff’s Ajax. They have a deep rivalry with Olympiacos for questioning their authority.

This nickname is a reference to AEK fans, a team first created by refugees from Asia Minor. In fact, it was the intention of the club’s founders (who came from Constantinople) to provide athletic and cultural diversions for the thousands of Greek immigrants who were forced to abandon their homes in Turkey and move to Athens. The origin of the word itself is from Turkey and in literal terms it means ‘belly dancer’.

4. THE TWO-HEADED EAGLE OF THE NORTH

The nickname is a direct reference to the emblem of PAOK, also created by immigrants that hailed from Constantinople. The team shared the same emblem with AEK and added ‘north’ to differentiate itself from the Athens team. Over the years, PAOK fans have also been called ‘the two-headed chickens’, ‘Bulgarians’, etc, but none have really stuck.

Yet another team with origins from Asia Minor, Panionios. The fans have given their players this nickname in order to stress out their capabilities inside the pitch.

The nickname of the second most popular team in Thessaloniki, Aris, was acquired after a journalist from a Greek newspaper wrote that they ‘swallowed up their opponents like worms’. Ever since then, it has stuck with them, although they may wish they could escape it. Aris fans are known for always creating a great atmosphere at their home ground, no matter the opponent.

Ofis in ancient Greek means snake. So it’s only obvious that when a team from Crete is called OFI (Omilos Filathlon Irakliou), the nickname is just a natural progression.

In Greek football, the title of ‘old lady’ (‘gries’) goes to Thessaloniki club Iraklis. Their supporters, not as loud or even as passionate in their displays as those of PAOK or Aris, are some of the most faithful. They will rarely get into arguments regarding football, but always have a hidden ace up their sleeve that the best Greek player (Vasilis Hatzipanagis) played for their club.

AE Larissa have a horse on their emblem, so it was easy for this to stick. During the 1988 season they went on to win the league for the first and only time in their history, and the saying ‘souza to alogaki’ (‘the horse is standing’) became very popular to describe them. They may not be the craziest of supporters, but they will always create a heated atmosphere in the AEL FC Arena (previously the Alcazar).

READ MORE: The AEK – Olympiakos match was quite something. Too bad I missed it

Back in the early ’80s, the Ergotelis team from Crete would use the Martinego stadium to play all their home matches. However, it was also used by the local community of Jehovas witnesses for their gatherings. When this became common knowledge, fans were quick to attach the nickname to the team, which they haven’t been able to escape until today.

These are the most popular nicknames and have their origins in history books. Though terms of endearment for fans, they are used with negative connotations by opponents and have come to identify the teams even though the stories behind the nicknames are rarely remembered.