British alleged gang rape victim tells Cyprus court she was forced to sign retraction, which is written in broken English 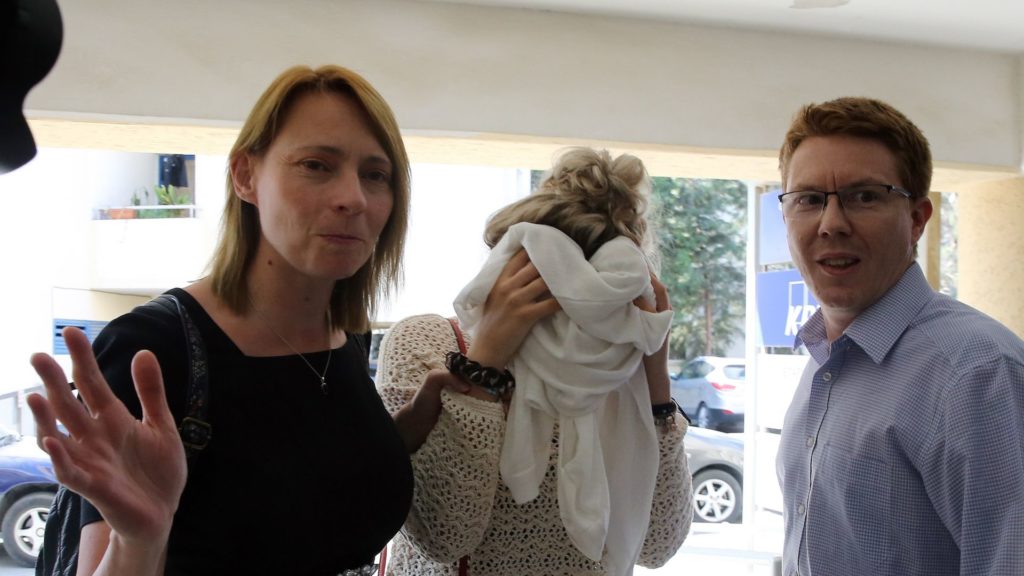 A British woman covers her face at Famagusta District Court in Paralimni, Cyprus. The 19-year-old British girl pleaded not guilty today to the accusation of giving a false statement about her rape by 12 Israelis. Photo: Katia Christodoulou/AAP

The British teenager, who claimed she was gang-raped by Israeli teenagers at an Aya Napa beach resort in Cyprus, told court on Wednesday that Cyprus police forced her to sign a retraction which they wrote for her.

The 19-year-old woman’s name has been suppressed for legal reasons after she claimed in July that she was gang-raped. Ten days later she signed a retraction letter which her legal team say was falsified after she was questioned by Cypriot police for eight hours without a lawyer.

The young woman underwent a three-hour cross-examination at a Famagusta court in Paralimni, near Aya Napa, and said that the confession was written under duress in broken English and not written in the way an English speaker of the language would phrase things.

She accused Detective Marios Christou, one of the investigating officers in the case, of shouting at her and intimidating her to the point of signing it, and she offered to point out the bad spelling and grammar mistakes by reading the statement in court. The presiding judge refused.

“It isn’t in proper English, it’s in Greek English,” she said. “I’m a very well-educated person, I got into university with an unconditional offer so there’s no way I would write something like this. Marios wanted me to write that I had made it all up.”

She accused the officer of “corruption and conspiracy” and “not going by the law”, and says she was frightened.

“I would not have put it past him at that moment to have kidnapped me or something. I can 100 per cent say that I was terrified for my life when I was in that police station,” she said, adding that the officer had spoken to the Israelis and told them that they would go home.

She, however, was arrested and spent more than a month in a cell in Nicosia with other women before being bailed.

“I was really, really stressed and I was crying. I was in a state. I was 18 years old and I was suffering from PTSD. I was trapped in there. They made me sign things I didn’t understand,” she said.

She had a panic attack after signing the retraction, which psychologists attribute to PTSD suffered as a result of the alleged gang rape.

Prosecutor Adamos Demosthenous said that the woman, on a working holiday to Cyprus, sent a message to her mother on the night she signed the retraction stating: “Calm down, I’m OK”. The teenager said that the message was to avoid alarming her mother who is a single parent.